University Of Saint Francis Records And Performs With DPA Microphones

Since its inception, the University of Saint Francis’ Music Department has prepared students for a professional career in the performing arts. As USF Music Department program director, chair and tonmeister, Miles Fulwider is passionate about music and giving his students the education and tools necessary to succeed.

As USF’s 2018 performance season finished, Fulwider once again relied heavily on DPA Microphones for all of the department’s concerts and recordings.

Fulwider has used DPA microphones for over a decade on many different projects, including traditional orchestra and acoustic ensemble recordings, concerts and 3D immersive audio applications. “This year we used DPA mics for a couple of high-profile professional sessions,”says Fulwider. “Also, our music ensembles just finished up on their performance season and DPA microphones were heavily used. From flying the microphones above our choir to mic’ing the drum kit in our jazz ensemble,the microphones have become a welcomed addition to our studio and stage equipment.” 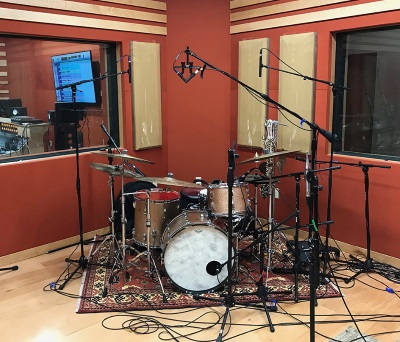 “Our students now request to use DPA mics on all of their recordings,” adds Fulwider. “Regardless of the genre, students have heard the difference, clarity and overall performance of these microphones and prefer to work with them for all sessions.It is not only easier for them to hear the source material, but also to make better educated decisions about placement and techniques.With the use of DPA’s microphones, students understand what the physical and technical ramifications of subtle microphone movements are during a recording or performance. It trains their ears to hear those differences, so they can make more educated decisions.” 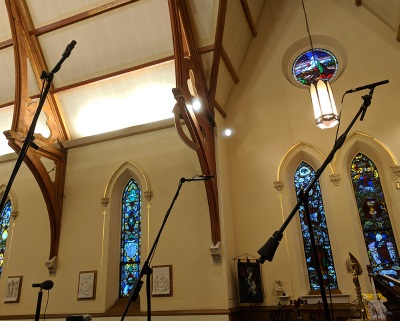 In addition to the USF Music Department’s use of DPA mics, the school sponsored Jesters, a performing arts group composed of 80+ individuals with intellectual and developmental disabilities ranging in age from eight to senior citizen, used DPA mics for its annual spring performance.

“The venue (USF North Campus auditorium) where the Jesters performed had a number of factors to consider,” says Fulwider. “Working with the group, we were unable to use anything that was body-worn. We also kept the venue quite cool so there was an increase in HVAC noise in the hall. We needed a solution that could not only be flown to capture the stage performance, but also maintain strong off-axis rejection to reduce the noise level and allow us to use adequate microphone amplification before potential feedback. We found that solution with DPA mics. I feel every recording session and concert can be enhanced greatly with DPA microphones.”