The Truth About Recording Levels

An in-depth discussion about the commonly held perception that recording at lower levels should sound "better" or "different."

The following is intended as a rebuttal to this 2011 article stating that recording at low levels sounds better than recording closer to maximum.

Many people believe that setting digital record levels to peak 20 dB below full scale sounds better than recording at levels close to the 0 dBFS maximum.

The article linked above claims that recording at lower levels avoids “recordings that sound ‘weak’ or ‘small’ or too dense or ‘just not pro enough’” among other complaints. However, most sound cards and outboard digital converters have a similar frequency response and distortion amount for a wide range of input levels. So it doesn’t make sense that recording at lower levels should sound better or even different.

Further, most modern DAW software uses 32-bit floating point (FP) math, so signal levels within the software have little effect on sound quality. If recording at low levels really does sound better in a given setup — as proven by a proper level-matched blind test—it’s more likely due to improper gain-staging elsewhere in the analog portion of the signal path.

The benefit of 32-bit FP math is that audio signal levels can vary over an extremely wide range without affecting sound quality. So there’s no problem with noise if the levels are very low, and music will never be distorted no matter how much you raise the volume. Please check out my AES Audio Myths Workshop video for more:

Therefore, summing buses and most plugin effects sound exactly the same no matter what volume level you send through them.

Now, some plug-ins are affected by signal level, particularly those that add intentional distortion or other “vintage analog” coloration when overdriven. But most plugins accommodate the same huge range of levels as their DAW software host.

There should be no audible or measurable difference between mixing a group of tracks that were each recorded near full scale, versus mixing tracks that are all 20 dB softer and raising the level later in the chain. As long as the master output volume is set to avoid distortion in the final rendered Wave file, both mixes will sound exactly the same.

In the article linked above, the author claims that recording at lower levels sounds “much more open, dynamic, airy, clear, clean, with much more ‘sonic space’ between the instruments.” Later the article states, “Mixing will be easier. EQ will be more effective. Compression will be smoother, more manageable and predictable.”

Another claim is that the quality improvement is more apparent with a larger number of tracks, apparently due to the “stacking effect.” But stacking is a different issue, and is also a myth. Let’s return to the previously cited Audio Myths video:

To make his case, the author suggests creating an entire project with each source recorded simultaneously onto two tracks at levels 20 dB apart, then making parallel mixes to compare. But apparently he never actually did the test he describes or he would have realized he’s wrong!

Of course, it’s always a good idea to allow extra headroom when recording a live concert, for safety to avoid distortion if something unexpected comes along. But it’s easy to show that the recorded quality per se is not improved at lower signal levels.

Ethan Winer has been an audio engineer and professional musician for more than 45 years. His Cello Rondo music video has received nearly two million views on YouTube and other web sites, and his book The Audio Expert published by Focal Press is available at amazon.com and through Ethan’s own web site ethanwiner.com. Ethan is also a principal at RealTraps, a leading manufacturer of high quality acoustic treatment.
All Posts
PrevPreviousCanada’s Southern Alberta Jubilee Auditorium Equipped With Clear-Com
NextCheap Trick Performs At Las Vegas’ Foundry Hall With Danley Sound Labs (Video)Next
Study Hall Top Stories
Explore All Study Hall 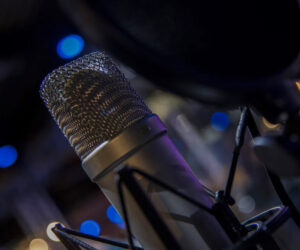