Unplugging From AC: Why Playing On Battery Power Alone Can Be Useful In 2022 (& Beyond)

Taking advantage of a rapidly growing slate of options to effectively drive smaller-scale sound systems as well as instrument amps (and more) without electrical power. (A downloadable audio version of this article is also available.)

Listen To/Download The Audio Version Of This Article:

I began the year with hopes of less focus on Covid that would signal the beginning of the opening of a lot of clubs and events in my region. Many of the bands and production companies I know have struggled with a lack of gigs the past two years, with 2022 perhaps seeing a turnaround. In some cases, it’s true, but I’m also hearing about cancellations of club gigs and other indoor events like weddings and parties.

Now, I don’t want to sit around all this year waiting for something good to happen with indoor music production so I’m planning on how to take my productions to the street (or the woods or the beach). However, these small-scale shows can be hundreds or thousands of feet away from the nearest AC outlet.

So, what do we do, take a generator that makes noise and fumes? Or do we run hundreds of feet of extension cords to the nearest electrical outlet with all that voltage drop and people tripping on the cables?

No, I think this is the year of battery power for live events. That’s right, there are now a ton of options for both battery-powered loudspeakers as well as battery powered mixers and instruments, all of which allow us and the performers/productions we work with to easily do outside shows even if an electrical outlet is nowhere to be found.

Just how much can be done with battery power alone? Glad you asked…

Modern sound and lighting systems are extremely energy efficient compared to the technology of just a few decades before. In fact, I would guess that with LED lighting and class-D power amplifiers that you can get by with about 10 percent of the AC power you might have used in the 1970/80s (see sidebar).

Of course, large concerts are still going to need a lot of juice to power a huge sound and lighting system that can cover a crowd of 50,000 at 100-plus dB SPL joined by video walls and lighting effects. But I’m talking about what it would take for a band to play an outside performance for audiences of 500 at more modest sound levels. After all, a gig’s a gig, right? And once you get good at the battery-power approach, it can easily be scaled up.

None of the old-school audio technology was remotely efficient enough to even consider powering from batteries. And the batteries were all Lead-Acid or Ni-Cad chemistry, meaning they were very heavy with limited storage capacity.

But Lithium battery technology (and variations of the Lithium-Ion batteries that power smart phones and laptop computers) has packed a lot more energy into a smaller package with much less weight. We’re beginning to see stand-alone portable loudspeakers with built-in Lithium batteries that will run at full power for several hours on a single charge.

Another option is to use a battery power station from a company such as Jackery. Many of these portable battery-inverter packs are available with 1,500 to 2,000 watt-hours of battery storage with a 1,500- to 1,800-watt pure sine-wave inverter. You can run a pretty nice sized modern sound system for hours on that kind of power station, all without hum or buzz. In fact, these modern pure-sine inverters can deliver 60 Hz AC power that’s cleaner than what comes out of the power outlets.

What about battery powered loudspeakers? The folks at JBL are sending me pair of EON ONE MK2 portable PAs with built-in Lithium batteries and an onboard Bluetooth controlled digital mixer. You can also get spare battery packs and a tabletop charger if you need to swap in battery backup, but JBL advertises six hours of running time on a charge, which would be impressive if it works. Of course, I plan on testing it under real-world (pretty-loud) conditions.

What about battery-powered instruments? While I love my Nord Stage 3 keyboard for in the studio and regular gigs, I get a little squeamish about taking it to a beach or street gig. But all is not lost since Nektar is sending me an Impact LX88+ keyboard controller and Pacer foot controller that I’ll use to drive my MainStage music application in a laptop. These are both USB-powered units that should easily run for hours on a laptop from a small USB power supply. And, MainStage can use VST plugins that emulate all my favorite keyboard instruments.

Can I run a mixing console on battery power? Of course. In fact, a fairly large console can run via a battery/inverter box. However, keep in mind that many of the newer portable PAs include a four- to eight-channel digital mixer.

If you want more hands-on control, there are options such as a Behringer Flow-8, a miniscule digital mixer that can be powered by a USB supply and controlled by a smart phone in addition to its own faders. It even has an optional stand mount so you can hang it right in front of you. I’ve not done the math yet, but I’m guessing it would run all day on a single USB power brick like those we use to recharge our phones.

What about stage monitors? That’s covered too. You may remember my Semi-Silent Stage article series from a few years back where I experimented with compact column array loudspeakers behind the band. While this won’t work for really loud amplified stage instruments, if you’re doing guitar pedals and MainStage keyboards and possibly a digital drum pad of some sort, it could be a great option that lets you and your band members hear their own mixes without extra stage wedges or even in-ear monitors. Of course, if you like IEMs there are many options there as well, but I’m all for keeping this as simple as possible.

So, over the next several months I’ll be gathering more battery-powered sound gear, trying it out in a variety of live gigs with my musical colleagues around the area, and sharing with you about how long everything actually works on battery and even solar power, as well as how good it sounds.

I’m not willing to compromise musical sound or performance to do this. But I’m pretty sure I’m on the right track. And if the technology works as I envision it, this modern battery chemistry could help keep bands gigging over the next few years. 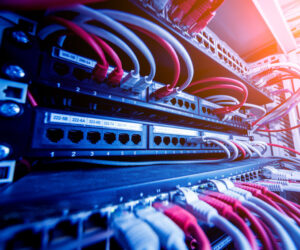 IP Made Practical: A Straightforward Path To Successfully Linking Devices

Whether it’s an iPad to a console, or a computer to a matrix, or Dante devices not connecting, it usually all comes down to ...read more → 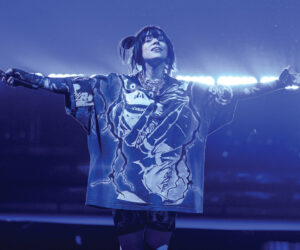 The crew explains the audio strategy being deployed for a concert style that is in turns dramatically stark yet heavily textured in dense layers ...read more →