Day 2 of InfoComm 2009 in Orlando proved just as interesting as day 1, starting with a big announcement from Yamaha, which will be handling the North American distribution of the Audinate Dante-MY16-AUD card, which was also just introduced at the show.

Specifically, the MY16-AUD card is fully compatible with Yamaha digital MY16 card slots in consoles, processors and digital power amplifiers.

It uses standard Internet Protocols at 1 Gbps and/or 100 Mbps Ethernet. Dante-enabled devices that self configure and automatically discover the location and number of channels of other devices on a network. In short, this takes out a lot of complication.

“The Dante MY16-AUD card supplies a sophisticated, yet easy to use digital media networking approach with our products,” notes Marc Lopez of Yamaha Commercial Audio. 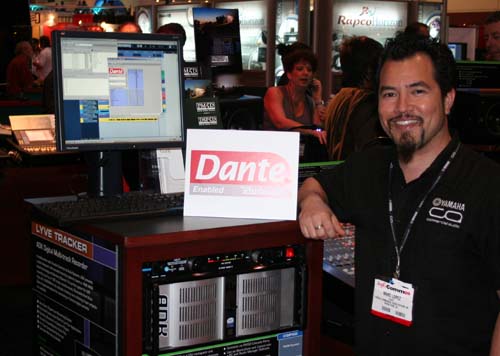 I’ll be providing more details about Dante next week… Stay tuned, as they saying goes…

Progress continues full speed ahead on the new version of Smaart sound system measurement and optimization software from Rational Acoustics, Karen and Jamie Anderson report, with a launch date of this fall, perhaps before the AES show in New York. Beta testing will commence soon.

Keep an eye on the Rational Acoustics website for the latest updates about new Smaart version 7, which Karen notes “will provide all of the features that everyone loves about version 5 and version 6, plus much more.” 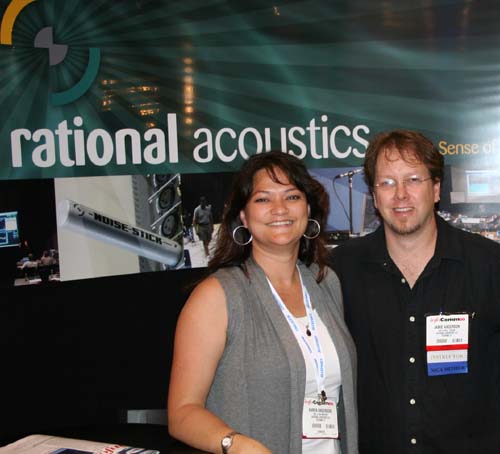 In the meantime, she also told me that Rational Acoustics is offering an Early Adopters special on Smaart, with anyone purchasing v6 right now eligible for a free upgrade to v7 as soon as it is released and available. Those who purchased Smart v6 prior to June 1 of this year can get the upgrade to v7 for $199.

Audio-Technica has long been noted for its very clever and highly useful microphone developments, with evidence at this InfoComm show coming in the form of the new BP892 MicroSet headworn mic and the BP896 MicroPoint subminiature lavalier mic. 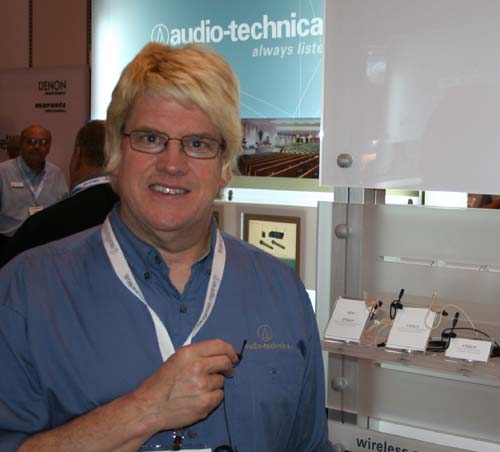 Both are omnidirectional condenser type, capable of handeling high SPL and offering a wide frequency response.

The MicroSet headworn mic has a contoured earpiece that hooks behind the ear and is very secure, and it’s available as a wired model as well as in a multitude of terminations to work with A-T and other wireless systems. (The wired version also features a switchable integral 80 Hz high-pass filter that provides easy switching from flat frequency response to a low-end roll-off.)

Steve Savanyu of A-T, who also was recently named to InfoComm Academy’s adjunct faculty, provided the overview, and he also showed me the new ATCS-60 IR Conference System, which I’ll provide more details about as soon as possible.