In The Studio: Stereo Microphone Techniques

Stereo microphone techniques can add depth and space. How do you set it up properly and what's right for your application?

One of the most popular specialized microphone techniques is stereo miking.

The use of two or more microphones to create a stereo image will often give depth and spatial placement to an instrument or overall recording.

There are a number of different methods for stereo. Three of the most popular are the spaced pair (A/B), the coincident or near-coincident pair (X-Y configuration), and the md-side (M-S) technique.

The spaced pair (A/B) technique uses two cardioid or omni directional microphones spaced 3 to 10 feet apart from each other panned in left/right configuration to capture the stereo image of an ensemble or instrument.

Effective stereo separation is very wide. When the program is switched to mono and frequencies jump out or fall out of the sound, you can assume that there is phase problem. This may be a serious problem if your recording is going to be heard in mono as is typical in broadcast or soundtrack playback. 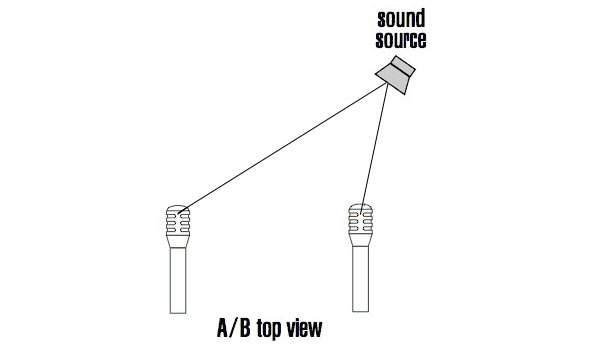 The X-Y technique uses two cardioid microphones of the same type and manufacture with the two mic capsules placed either as close as possible (coincident) or within 12 inches of each other (near-coincident) and facing each other at an angle ranging from 90- to 135-degrees, depending on the size of the sound source and the particular sound desired.

The pair is placed with the center of the two mics facing directly at the sound source and panned left and right. Due to the small distance between the microphones, sound arrives at the mics at nearly the same time, reducing (near coincident) or eliminating (coincident) the possible phase problems of the A/B techniques.

The stereo separation of this technique is good but may be limited if the sound source is extremely wide. Mono compatibility is fair (near-coincident) to excellent (coincident).

The M-S or mid-side stereo technique involves a cardioid mic element and a bi-directional mic element, usually housed in a single case, mounted in a coincident arrangement.

The cardioid (mid) faces directly at the source and picks up primarily on-axis sound while the bi-directional (side) faces left and right and picks up off-axis sound. The two signals are combined via the M-S matrix to give a variable controlled stereo image.

By adjusting the level of mid versus side signals, a narrower or wider image can be created without moving the microphone. This technique is completely mono-compatible and is widely used in broadcast and film applications. 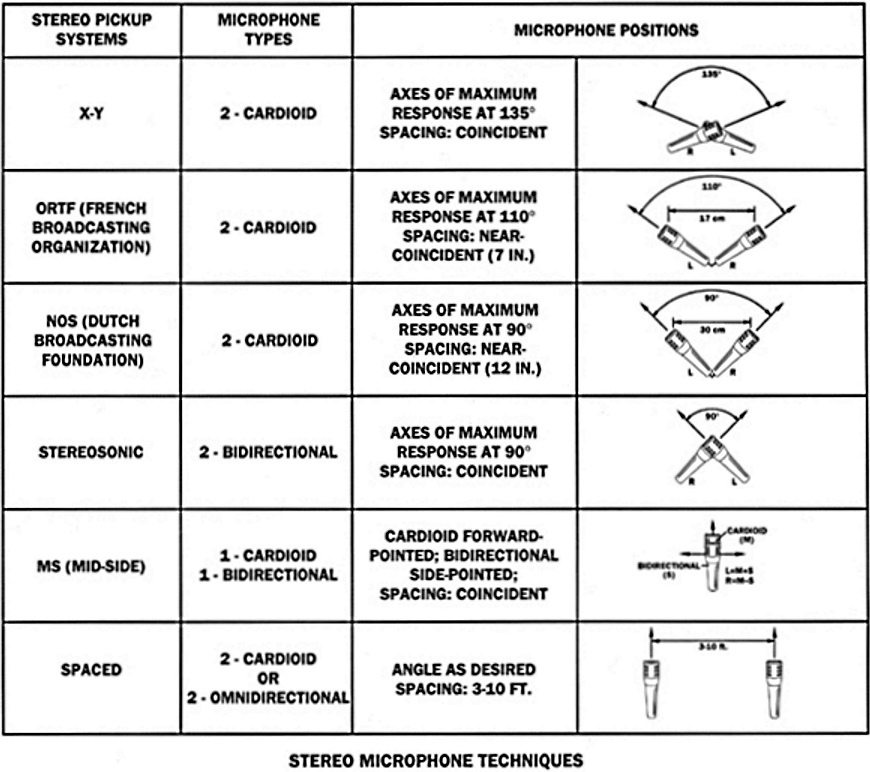