Game Creek will deploy an 80-fader Calrec Alpha desk in Larkspur, a standalone 53-foot truck with a 41-foot expanding side that was deployed in late July for a variety of sporting events, including ESPN GameDay telecasts during football and basketball seasons.

Game Creek’s second delivery this summer is Dynasty, which consists of a double expanding A unit with a single expanding B unit. Set to deploy later this month, Dynasty will carry a 96-fader Alpha.

Its primary mission will be to cover baseball for the YES (Yankees Entertainment & Sports) Network, but it will also see duty for the baseball playoffs and for Fox’s coverage of the World Series.

Both Larkspur and Dynasty will utilize the Calrec Hydra networking system, which supports an operator’s on-the-fly flexibility by enabling consoles to share I/O resources and control data over Ethernet fabric.

“Game Creek enjoyed its best year ever in 2009, in spite of the down economy. We believe our company has grown because we listen to what our clients need and want—and when it comes to audio, that means Calrec equipment,” said Paul Bonar, vice president of engineering at Game Creek Video.

“In the mobile television industry, Calrec is the accepted brand. If you have a Calrec console, anyone can run it.”

Game Creek’s bread-and-butter is large sporting events, most of which require a high-input audio feeds—usually in excess of 300 channels to accommodate stereo and multichannel surround.

Calrec consoles can handle a high volume of feeds through the use of the console’s Bluefin technology, which doubles processing power without increasing system size. With the Alpha, Bluefin provides as many as 480 mono-equivalent channels on a single DSP card, with full EQ and dynamics.

Game Creek Video currently runs 12 OB systems, 11 of them HD, with two of those capable of 3G-compatibility. The company has plans to expand its fleet, and its installation of Calrec consoles, with the addition of four new or renovated HD trailers within the next three years. 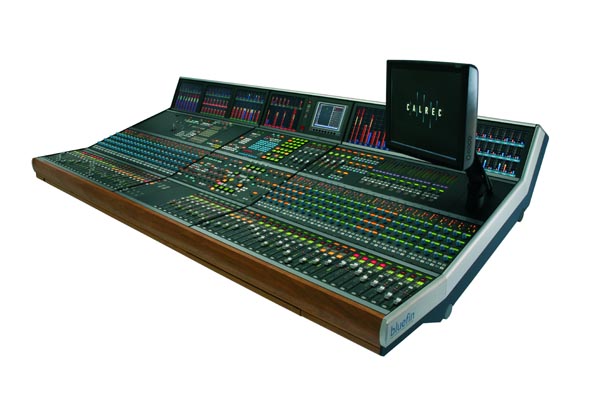