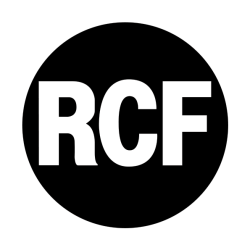 The second annual Loudspeaker Showcase at the 2020 NAMM Show in January at the Anaheim Convention Center Arena attracted more than 5,000 attendees who stopped by to check out both larger- and smaller-format professional loudspeaker systems in round-robin as well as individual sessions over the course of a 3-day run.

The event, based on the popular Loudspeaker Demo format launched by LSI almost a decade ago at a worship trade show, delivers a highly unique side-by-side listening opportunity. This year a record 14 premium manufacturers participated, with the two types of sessions presenting a whopping 28 total systems for the attendees to sample. Manufacturers and systems at the event included:

“We’re really pleased to have partnered with NAMM again in 2020 to provide so many show attendees with a beneficial and truly unique experiential engagement,” states Kevin McPherson, president of the pro audio division of EH Media, which publishes Live Sound International and ProSoundWeb. “It’s also a major step forward for loudspeaker manufacturers whose products must be heard to be truly appreciated.

“Attendance was outstanding throughout the show, with attendees also treated to the execution of a highly complex setup within a challenging listening environment,” he continues. “We’re really looking forward to presenting the Showcase at future NAMM shows.”

This year’s festivities were once again hosted by emcee Bernie Broderick of Truth In Audio, who brought more than 30 years of work with professional loudspeakers to his presentation of each system to the audience, utilizing a Lectrosonics Digital Wireless system that delivered flawless performance throughout the event despite the exceptionally busy RF environment.

At the front of house position in the arena, mix/control engineer extraordinaire Nicholas Radina utilized an Allen & Heath dLive mix system distributing signal via Dante networking to two DX I/O boxes to manage and deliver audio to each system. A high-end lighting package deployed by 4Wall Entertainment (nationwide) spotlighted each individual system as it was played, while two large-format LCD video screens in opposite corners, also deployed and managed by 4Wall, supplied attendees with key information.

Prior to each round-robin session, all systems were fed pink noise, with the designated uniform sound pressure level set and confirmed. This process, managed by Rational Acoustics, was based upon data provided by the new Smaart SPL stand-alone measurement and monitoring software program making its debut at the show. Output was captured via a centrally located measurement microphone in the listening area, and it also supplied constant SPL readings to attendees via a large video monitor during all demo sessions (in both A and C weighting).

The participating manufacturers both nominated and selected (via an online voting system) the music tracks that were played. The playlist offered a diverse selection of styles, with each session featuring tracks spotlighting female and male vocals, as well as dynamic large-ensemble selections. Many of these tracks are utilized by manufacturers in their own system demonstrations in the field.

Listeners could evaluate what they were hearing while also observing each system’s scale, components and other important details, in addition to getting further technical details and pricing information from qualified representatives of each company participating in the demo.

“This year’s Showcase at the NAMM show proved to be a wonderful opportunity for Alcons Audio to showcase our unique pro-ribbon systems,” says Dave Rahn, North America sales manager for Alcons, which unveiled the new LR24 mid-size line array. “The format of the event works very well to allow clients with a valuable listening experience with a wide variety of systems.”

Rob Hofkamp, director of U.S. operations for Void Acoustics, adds, “The Showcase provided a fantastic opportunity for us to showcase our Arcline 8 line array. The energy of the event is electric, and we received positive comments from the many audio professionals in attendance. Pro audio is alive and well at NAMM, and I know the community appreciates NAMM’s efforts to continue to expand this space for our customers.”

Lucky attendees were awarded prizes via drawings following each demo session, including guitars from D’Angelico, NAMM TEC Award-winning Cable Wrangler cable management sets, an Electro-Voice ND86 vocal microphone and more. The next Loudspeaker Showcase is slated for the 2021 NAMM Show at the Arena in Anaheim on January 21-24.

New gear that stood out during the recent show in Anaheim and a look at recently released steerable arrays from Renkus-Heinz.

Intended to facilitate easier acoustic adjustment to the room; now works with all Neumann KH monitors.

VUE co-sponsors event for third consecutive year, this time featuring performances by Queens of the Stone Age, Chad Smith, Johnny Depp and others.

Balanced input accepts mic and line-level sources to enable connection of mics, an effects device, line-level output of a vocal processor, or any other ...read more →

DcSoundOp Video: Behind The Scenes (And New Gear) At NAMM 2020 With Samantha Potter

PSW video partner DCSoundOp and LSI/PSW editorial staffer Samantha Potter team up to provide a look at the happenings and select new gear at ...read more →