Work ethic — why is it important? For me, it’s been instrumental in building my career and reaching the level of experience and success required to be able to work with high-caliber artists.

Having a strong work ethic isn’t just about being good at your job, it entails many things. For example, always being on time (or early) for jobs, never changing commitments or extracting yourself from a previously committed gig just because you’re offered a few extra dollars, and so on. Still, this is just a part of it – albeit a very important part.

However, I’m talking more about how much effort, time, dedication and/or passion one puts into the work. Many engineers may have far more skill, knowledge and ability than you and me, but in my opinion these essential factors are what make the difference between succeeding in this business or not. It’s also important to note that I don’t measure success by working with huge artists. Success can be you working at a club, making a decent living and loving what you do, and not treating your gig at that venue in a mediocre way or any less than mixing a renowned artist.

I used to work in clubs and for cover bands and treated every one of these acts with the respect they deserved no matter what. It was as if I was mixing the Rolling Stones or Prince (wishful thinking…), and along the way, was also exposed to many different kinds of music that I feel prepared me for everything I do now. Based on these experiences, what follows are what I’ve found to be keys.

1. Don’t be “that person.” A funny (as in, not so funny) situation came up when I was working for a very successful 1980s cover band (made up of very professional and skilled musicians) from the Bay Area prior to a show at a renowned Southern California venue that also has locations throughout the U.S. The show was sold-out days prior, more than 1,000 tickets.

On the appointed day, we (the tech team) arrived with our gear to meet the venue’s house engineer and get started, and he wouldn’t let us in the building because we were 10 minutes early. He locked the door and told us to wait, and then was more than 5 minutes late in letting us in while we waited on the curb.

He then refused to let us choose our mics, saying “It’s a cover band – whatever I give you will suffice.” This attitude blew our minds, it was just so incredibly ignorant. A short while later I noticed that he wasn’t following our input list at all and asked him about it. His response about miking the bottom snare? “This is just a cover band. And by the way, the same goes with overheads. Just use one mic.”

At this point I decided to speak with the house production manager, (who was super nice, the total opposite), and he straightened out the engineer with a phone call… for a few minutes. Moving along to setting up at front of house, he returned to questioning everything I requested, even simple things such as patching the comps and gates (analog console). It was very clear that he thought we were beneath him – only because that day we were in his house with a cover band.

Suddenly, it all changed once he heard sound check, where he was quickly impressed with the sound in the house. As if a switch had been flipped, he started being complimentary and asking how I was doing things, and so on. Even though it all ended well, I found his outlook to be an awful way of being. If someone doesn’t like the job and is miserable, by all means leave and open the path for another person who is eager to do great things and embraces the opportunity that this career provide.

No matter the gig – big or small – we must give it our all. If it’s a club where you only mic the kick and vocals. Well, then work with the band to balance the guitar and bass amp levels to match what you are doing, and make it be the best mix with the two or three mics you’ve ever done. It deserves no less respect than if you were mixing any major artist on the planet.

2. Do the homework. As the years have gone by and I’ve been blessed with a wonderful career, one thing remains the same: regardless of how many years of experience with a variety of artists and music: do the homework to be absolutely prepared and professional. This is especially true when landing a new gig, and it’s never been easier.

We have access to performances on YouTube and many other outlets such as streaming music services. There’s no excuse not to listen, learn the music, make notes of sounds, arrangements, effects, space and other specifics that characterize a particular artist.

Even if we don’t happen to like the music, we still must honor the true essence of it and try to portrait it for the audience or musicians (if mixing monitors) to the best of our ability. If we don’t learn the material, it’s noticeable and will be clearly reflected in the end result. Simply put: Care. Don’t dismiss something because it’s not your cup of tea.

3. Spread the love. Most of what I’ve learned about sound over the years has been by asking, with other engineers kind and gracious enough to share their techniques. There are always a few who won’t because they feel threatened, but we need to just move on and not let it ruin our day.
I’ve certainly never minded sharing the knowledge that I’ve accumulated through the years as well as the knowledge passed on to me by colleagues and the many things I’ve learned by reading sound engineering books and magazines.

One of the most amazing aspects of this beautiful profession is that there are many ways to apply what we know to achieve our goals. Never stop learning. I learn every day from other colleagues at all levels of their career – even from those who are early in their careers. You just never know, and I’ve been pleasantly surprised many times. It’s also vital to share what we know. We’re all unique on doing things, and there’s plenty of room for all of us.

4. Jumping around comes around. I mentioned this earlier but it’s really important to keep in mind: once we’re committed to an act, it should stay that way. Think twice (and then again) before jumping ship. I’d much rather work for an artist for a long time for a bit less money than to work for an artist for a lot of money for a day or a week. We must honor our commitments and only then begin a new one. This is a small community, word spreads fast, and it’s vital to avoid being marked as unreliable.

5. Know your value but don’t abuse it. As our career grows and we build a strong reputation with a variety of clients, there will be moments where it will be tempting to depart. Some clients may offer more pay to keep us aboard, but particularly if we’re already being paid fairly, there’s no need to “extort” money from clients. If we make the right decisions for the right reasons, we’ll always land on our feet no matter what. In return, current and future clients will respect us for it. 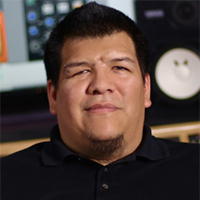