Next time you visit the local hardware store, take a moment to check out the fasteners aisle. It’s full of screws, nails, and bolts of a dizzying variety. Each part was designed for a specific task in a specific application, and there’s probably an old guy in an apron who knows exactly which one you need.

This is a bit profound if you think about it, and I find it fascinating, so much so that I took my girlfriend to a hardware store for our first date. (I also once took her to the city dump. For some reason, she’s still with me.)

In a properly designed audio system, EQs are like nuts and bolts: each one has a specific job to do. This is critical to understand if you like to have a well-behaved sound system that won’t cause you to pull your hair out while mixing.

The legacy of equalization in live sound traces back to filters designed to cope with high-frequency loss in old telephone lines. The term “equalization” belies its corrective nature: something was uneven, and so we used a filter to restore equilibrium. Of course, we also use EQ for artistic purposes, but we can only do so after we’ve gotten all the technical issues straightened (flattened?) out. You’d probably fix a hole in your car’s windshield before worrying about polishing the paint.

Watch Out For The Tilt

Suppose we’re mixing at a venue with underpowered subwoofers; we’d have to boost the low frequencies (LF) on all of the input channel EQs to get a mix sounding right. We’re compensating. So maybe the mix comes out fine, but if we cue it on headphones, it sounds terribly bass-heavy. This is what happens when we try to use an input EQ to solve an output problem: the mix becomes totally “tilted” at all the points in between.

Fixing a system issue at the input level means using 16 or 24 or 32 filters instead of a single properly placed filter at the output. Moreover, the input EQs are now being used to deal with the output problem, so how do we fix legitimate input issues like adjusting a guitar tone or reducing proximity effect? Now we’re trying to use a single filter to compensate for two very different problems at opposite ends of the signal chain. It’s going to be a long gig.

Next, let’s say we patch an equalizer between the mix console outputs and the amplifier. If we use this system EQ to deal with the LF issues (caused by the system) we can count on the PA system to accurately reproduce whatever leaves the mixer.

If we cue up the mix in our headphones, it will tonally match the sound in the room. (This is an invaluable advantage for those given the merciless task of mixing from inside a booth.) Now there’s no need to “pre-tilt” our mix at the inputs, and we can go back to using the input channel EQs for legitimate input-related issues. 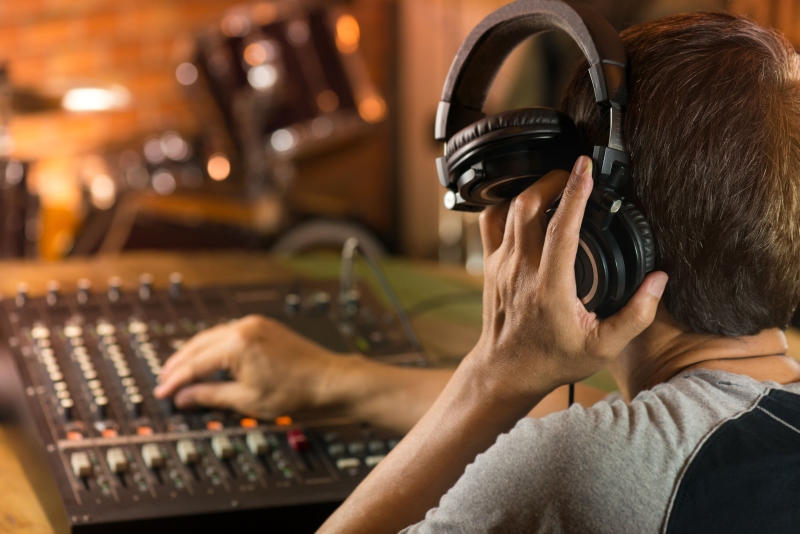 I’ve worked my fair share of church/worship gigs, and most of the issues I see can be attributed to the failure to observe this EQ division of labor. Often, volunteers are told not to touch the output EQ, or it’s a mystery curve in a locked rack in the amp closet. Or maybe there’s a collection of adjustments to the output graphic equalizers that were added long ago by someone long gone who was chasing an issue that’s no longer an issue since the whole PA has been replaced.

You get the idea. This type of thing leads to trying to mix around some strange output EQ using the input EQs. I’ve also seen this in reverse when a well-meaning volunteer started hacking up the main system’s graphic EQ to change the tone of the lead vocal microphone. Please don’t (de)tune the entire PA for a single input. There’s a better way!

The premise is simple: each EQ in our system has a job. Input EQs equalize inputs. Output EQs equalize outputs. System EQ handles the system in the room. Now we know where to go to fix a problem.

You might object that it’s wishful thinking to expect an EQ on every input and every output. On the contrary, I think it’s a basic necessity, and it’s not as outlandish as it seems. It’s standard fare on digital desks, and even basic analog desks have some form of input EQ. For outputs, the standard solution is a rack of 31-band graphic EQs. But this is not the place to debate graphic versus parametric.

— Input EQs are exclusively for input issues, namely tonal adjustments to instruments and voices and microphone effects (proximity effect, plosives, presence peak, etc.). If you solo the input in the headphones, it should sound tonally correct.

— Output EQs are exclusively for output issues, namely tonal shaping of a whole mix or removing feedback from a monitor. If you solo the mix in the headphones, it should sound tonally correct.

— System EQ is exclusively for dealing with system and room issues. In large systems, this is complex stuff, dealing with LF build-up in coupled arrays, array shading, matching fills and delays, high-frequency (HF) roll-off to the mains, etc. This is the bit that’s hopefully been optimized by a system technician and then locked in a rack somewhere.

System EQ is the part that helps ensure that the PA will accurately reproduce whatever we send to it.

Since it compensates for the room and the rig, we don’t need to mess with it unless there’s a change to either. The lines blur here, as many smaller rigs aren’t complex enough to warrant a dedicated system EQ, so it’s common for the output EQ to shoulder some of this responsibility. This is a compromise because then we’re back to having one EQ doing multiple jobs. Does it really sound like a good idea to use a single EQ to implement the “room curve” and ring out feedback?

Understanding the strengths and weaknesses of each type of amplifier and selecting one that makes sense for the application.

In The Studio: A Variety Of Techniques To Analyze A Hit Song

If you really want to understand an audio recording and hear it in a new way, here are a few pointers on what to listen ...read more →