“We are excited to extend our triple capsule array and four recording patterns from computer-only and into the studio with Yeti Pro,” said John Maier, CEO of Blue Microphones.

“We recognize the need for truly professional recording quality in a high resolution USB microphone with the versatility to take the mic’s distinct recording capabilities into the studio, thanks to its analog output.”

Featuring a mic stand thread, Yeti Pro can be mounted on a stand or positioned at the desired angle with the included custom-designed desk stand. Following suit with the rest of Blue’s desktop products, Yeti Pro is PC and Mac compatible. Yeti Pro also includes an XLR stereo breakout cable for analog recording.

Yeti Pro is designed to provide high performance in a digital microphone with recording resolution of 24bit/192 kHz.

Unlike many USB microphones, which are limited to fixed resolutions, Yeti Pro employs a next generation A-D converter chip allowing the flexibility to sample at a range of resolutions, from 22kHz up to 192kHz and the common sampling rates in-between. 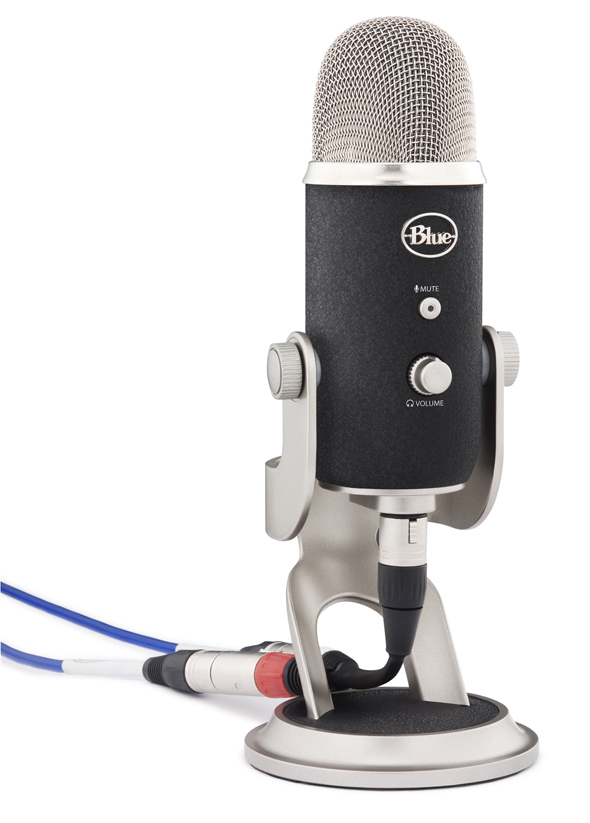