“Let’s record our gigs and make podcasts from them.”

Some members of an acoustic band recently asked me to record their shows while mixing live sound.

It was an ongoing series of experiments at four gigs in the same venue. We used the venue’s house gear, so there were added challenges.

We also tried several different recording methods and microphone techniques, trying to improve the house sound and the recording each time.

I learned a lot, and by sharing my successes and mistakes here, hopefully others will too.

You’ll find audio samples of the recordings later in this article. Also included is a brief review of the JamHub Tracker MT16, which offers a simple way to record live gigs in multitrack.

Gig 1: Starting Simple
The band had two to three singers who alternated on guitar, mandolin, and upright bass. A fiddler sat in occasionally, too.

What was the simplest, easiest way to make some good audio for this band? Often, bluegrass and “old-time” groups utilize just one or two large-diaphragm condenser (LDC) mics. I wanted to try that first, and if it worked well, we could quickly capture a stereo recording of each concert, ready to convert to a podcast.

During a sound check in a restaurant, we began with two LDCs for house and recording, and no floor monitors because two LDCs feed back easily. Each mic must be about a foot from the performers to pick up both the vocals and the instruments, so the mic gain must be high – which tends to cause feedback if you try to get a loud sound in the house. By the way, we used Shure SM27 cardioid condensers on stands (Figure 1). 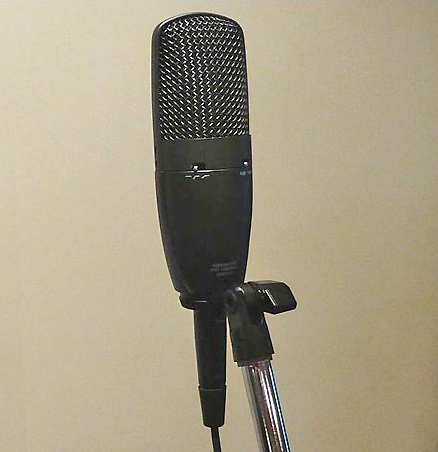 Typical dynamic mics, like the Shure SM57 or SM58, have an intentional bass roll-off and presence peak that sounds good with close miking. But it can tend to sound thin and colored when used at a distance (1 to 2 feet). In contrast, most LDCs have a wide-range, fairly flat response that sounds natural with distant miking.

Another complicating factor is that one singer is taller than the other. But once we decided on a miking distance, we found that putting each mic at chin level worked well.

Also, we followed the 3:1 rule to prevent phase interference between the two mics. They were placed apart at least three times the distance from mic to source. If each singer is a foot from the mic, the two mics need to be three or more feet apart, creating enough separation to prevent comb filtering if the mics are mixed to mono.

The band members preferred to sing closer together, facing each other, so we put the mic stands two feet apart and angled the mics (with cardioid patterns) about 90 degrees apart to increase separation. Eventually this arrangement sounded natural with a good balance.

Here’s a sample of the two-mic recording: Two mics board mix

In my DAW I did some “remixing” of the stereo recording, tweaking the balance between singers using the pan controls and bringing up the guitar with EQ. Some compression held down the notes that were sung very loudly.

Back to the live gig. The venue’s bartender asked us to keep the volume fairly low so that customers could talk. But when the audience came in, they were so loud that the band couldn’t hear themselves, and they weren’t happy with their recorded performance. So for the next time, we planned to use multiple close up mics to get more gain-before-feedback.

“It’s more than pushing faders. It’s understanding the ministry component to what we do. But that’s always been my approach to mixing – that ...read more →

The deeper points of different channel widths, best practices for signal levels, and some other configuration details that will help optimize Wi-Fi systems for ...read more →