Co-owner of Playground Estudio captures sound for "Antarctica, A Message from the Other Planet" with d:dicate and d:screet microphones.

When Nerio Gutierrez, co-owner of Madrid-based production company, Playground Estudio, was given the challenge of producing a documentary about Antarctica’s view of the world, he knew he was going to be up against some of the most extreme weather conditions.

In order to capture the unique sounds and ambience of this harsh, frozen land, he turned to a selection of microphones from DPA Microphones for the documentary titled “Antarctica, A Message from the Other Planet.”

“The most important thing in a project like this is to be sure that your tools will respond in any condition without any worries,” says Gutierrez. “We faced extreme cold, extreme moisture and extreme winds, but our DPA d:dicate 4017B shotgun, d:dicate 4011C cardioid and d:screet 4061 necklace microphones worked incredibly well and gave us the best sound we could possibly get from a place like Antarctica. 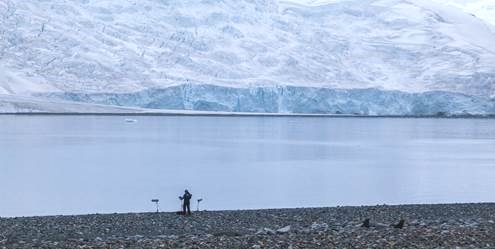 “One of the most amazing experiences we had was using our DPA mics to capture tiny snowflakes flying around with absolutely nothing else around. This was an incredible sound and there is no doubt that we were only able to catch that kind of detail thanks to our DPA microphones.”

For the documentary, the crew spent six weeks aboard the Spanish Navy’s scientific vessel, Hesperides.

They also spent time on the continent itself as well as on several islands recording sounds from penguin colonies, whales, zodiacs, sea wolves, marine elephants, icebergs, winds and Drake’s Passage (the wildest sea in the world). 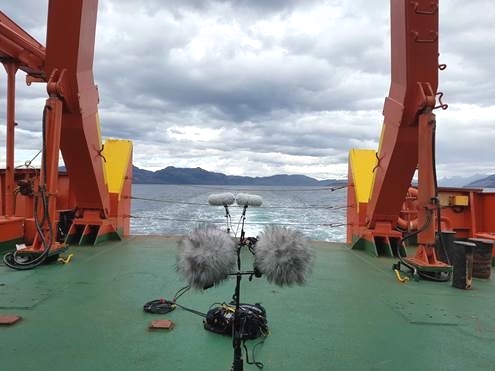 “Antarctica is the only continent on our planet that mixes the highest standards in science, conservation and collaboration between countries, even when some of these countries were in conflict like the United States and Soviet Union during the Cold War period,” says Gutierrez. “Because of this curious behavior, we wondered, is mankind in the position of saving Antarctica before saving themselves? Starting from that point of view, we decided to go to Antarctica to see what is going on there and see how the world is seen from that perspective.”

Gutierrez is thrilled with how his DPA microphones performed on the continent of Antarctica and looks forward to using the mics again. “My DPA mics were a crucial part of this film and I don’t know what I would do without them. I can’t wait to pack my DPAs for my next adventure.”

To commemorate the 25th anniversary of the signing of the Madrid Protocol, which protects this fascinating ecosystem, Gutierrez is producing the documentary, Antarctica, A Message from the Other Planet, as well as writing a book on the Antarctic spirit, which consecrates the sixth continent to peace, science and the protection of the environment.

The purpose of the film is to inquire whether that spirit represents the best of human beings or whether it is a great hypocrisy. From the hand of the only settlers of this remote place, the scientists and the military who help them, the documentary aims to understand the relations back and forth between various societies and this white desert.