Inventing The Future: The Trailblazing Technologies & Passions Of Jackie Green

The journey of a problem-solving wireless systems pioneer who became the president and chief technology officer of the Alteros division of Audio-Technica.

After just a few minutes talking to Jackie Green, it becomes abundantly clear that once she identifies a problem, there’s little chance she’ll let it alone until it’s solved.

“My gosh. How could you possibly find that out by talking to me?” Green asks, laughing. “But no – I don’t give up. If there’s a problem I want to solve I’ll keep working on it until I solve it the best way possible, or until I’m certain I can’t. Then I’ll walk away and be at peace with it. I won’t keep working on something if the data shows it’s not going to pan out because then it would take away from other fun stuff.”

For Green, “fun stuff” runs the gamut from challenging herself musically and training horses, to spearheading the founding of Alteros, a division of Audio-Technica (A-T) based in Stow, OH, founded to create products to address ongoing issues in the application of wireless technology. 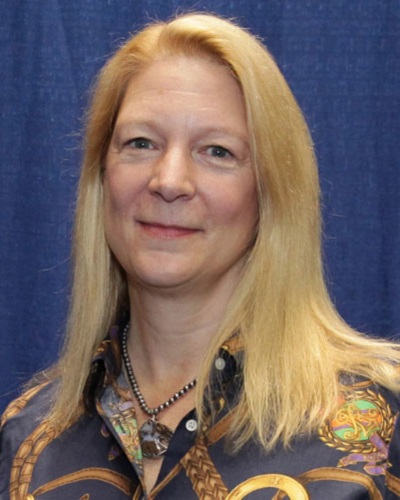 As the president and chief technology officer at Alteros, Green’s had ample opportunity to give free rein to her creative approach to problem solving. It’s an approach characterized by a complete lack of fear of the attempt itself, or the potential for failure, and over her 30 years at A-T in research/development and engineering design, it’s served her efforts well in creating both traditional wireless solutions and new technologies.

It also fuels her commitment to other endeavors, including serving as vice chair for the AES SC_04_04 standards subcommittee for microphone measurement and characterization, sitting on various committees exploring the impact of Federal Communications Commission (FCC) wireless spectrum policy, and delivering presentations worldwide about wireless, digital and microphone technology, RF spectrum policy, and women in audio.

Alteros technology can be deployed for a wide range of applications, Green says: “It’s not wireless anymore. It’s computers. We aren’t limited by the fixed, static physical properties of UHF systems. Digital devices are doing everything except for creating that initial sound, which we still obviously capture via analog microphone diaphragm. The rest of it is virtual.”

Previously, as vice president of R&D/Engineering at A-T, she was integral in the development of multiple digital and wireless systems. Alteros is expanding on that work by creating ultra-wide band (UWB) wireless solutions to meet the challenges presented by past and future UHF spectrum auctions and the number of devices crowding the available spectrum.

Why did she decided to take this on? “I built the first wireless system at Audio-Technica a long time ago, 1987 I think,” she answers. “Then when the first talk of loss of UHF spectrum was happening, I thought I’d better start looking at technologies capable of maintaining sound quality and performance for wireless mics.”

She began researching possible solutions, but found that “the math just didn’t work out” given the limitations of the devices then available and the bandwidth they operated in. “Honestly, I traveled around the world to any place I could think of to find a way to make this equation work,” she notes.

Another stumbling block proved to be the widely held assumption that “digital” automatically equals better and more reliable. “I once had a PhD in digital RF tell me, ‘You can’t tell me it’s noisy. It’s digital.’ And I said, ‘Seriously. Did those words come out of your mouth?’”

Ultimately Green got a promising lead by way of a patent/research service she subscribes to. “What popped up was the name Bob Fontana, who was doing UWB communications for the military.” Although what she learned from Fontana’s work and the application of her own studies led in the right direction going forward, she says, it wasn’t easy.

Still, she remained fully committed to finding a solution, and necessarily so: “The RF noise floor was raising and raising. It’s like the maps that show sea levels rising. That’s what’s happening to our spectrum, but now, finally, we have the technology to the point where we can produce something that’s real-time, with full bandwidth and dynamic range.”

When I asked how she got into this line of work, she rephrases the question: “You mean, what kind of upbringing did I have that made me want to do crazy things like start Alteros? Well, it was all kind of accidental, but I actually did go to college for just this.”

Growing up in various towns and cities in New York state, science and music were Green’s greatest passions. She played multiple instruments as a child. “If there was something I wanted to learn to play I could learn it. I also have perfect pitch.” That, however, coupled with a lifelong sensitivity to sound that’s prompted her to cover the ceiling loudspeakers in her work environment so she can concentrate, is a blessing and curse: “I always wanted to play cello and started on violin, but when you don’t know what you’re doing it sounds so out of tune, so bad, I just had to stop.”

As for science, Green recalls building her first radio at the age of 10 from components her father provided. “He was always teaching us something, and my mom was one of the computer people at Kodak during World War II, so she always made us do math. Both of them encouraged us to learn by doing, to take things apart, figure out how they work and put them back together. So I was always blowing up my dad’s stereo. But I wasn’t afraid to try things, which makes a big difference if you pursue an engineering career.”