Inventing The Future: The Trailblazing Technologies & Passions Of Jackie Green

The journey of a problem-solving wireless systems pioneer who became the president and chief technology officer of the Alteros division of Audio-Technica.

She’s also highly accomplished at riding horses, a skill that like music, she doesn’t remember learning specifically but one she definitely had a natural aptitude for. “So I figured I was going to be a veterinarian, because I couldn’t make any money doing music, right? I did love it, but I ‘could always do music as a hobby,’ as my very practical father would say.”

It was at a summer music camp that offered a recording program that Green first made a connection between music and science, one that would ultimately set her on the path to working in audio and cause her to abandon the idea of becoming a vet. After earning a Bachelor of Science degree at SUNY Fredonia and taking various courses in microprocessor design and DSP, she landed a job designing phonograph cartridges for Audio Dynamics Corporation (ADC) in New Milford, CT.

Green soon moved on to loudspeaker production and test automation at the company, which eventually led her to Ohio where she began working part time while working toward a Master of Business Administration (MBA) degree in management. At that point A-T focused primarily on phonograph cartridges and consumer grade loudspeakers and headphones.

“Back then everybody used racks and racks of B&K [Brüel & Kjaer] equipment for testing. I’d be looking at microphone frequency response and, if there was too much pressure on the chart recorder’s pen, the frequency response wouldn’t be right,” she notes, figuring that there had to be a better way as well as faster, more reliable tools to improve performance and sound.

When Green attended an Audio Engineering Society (AES) convention for the first time, the demonstration of a Sony digital system so impressed her that that she began concentrating heavily on digital audio. “It was in its infancy then, so as digital audio progressed I progressed with it,” she says, adding that given the current rate at which technology is evolving, it’s a luxury people looking to enter pro audio now won’t have.

“Students coming out of college, going along similar career paths to mine, are far more specialized,” she says. “When I started I could be a generalist, learning everything from what coating to put on voice coil wires to curing a loudspeaker surround to digital stuff – every puzzle piece. Now that puzzle is huge. There’s so much data that people have to specialize. So one thing that everybody who’s going to work in this field needs is the ability to quickly recognize patterns and trends and sort data. If you can’t, I think you’ll fall behind.”

After earning the MBA, Green took a full-time position at A-T, right at a time when the company was transitioning toward pro audio. Consequently she soon found herself working on various professional offerings, notably 40 Series microphones, a project, she explains, that really sparked her interest in wireless.

“The 40 Series mics were really nice, but the original wireless stuff was awful-sounding, noisy and only with a ‘sweet spot’ in a small frequency response range. So from there it was a natural progression to, ‘What tools can I find to make nice microphones sound better and work reliably on wireless?’ And that’s pretty much what I’ve been doing the whole time.”

Yet she believes things are just getting started: “We’ve just opened the door and are going down the path. What’s coming out now is much more powerful and developments are happening much more rapidly than even five years ago. So many tools are on the horizon for us to use; it’s amazing what kind of wireless we’re going to be able to build. Just look at what mobile companies are doing with LTE and 5G technologies. The devices, the adaptive antenna arrays, all of the technologies they’re building are being tested and proven. I don’t have the budget to do that fundamental research, but it’s there, ripe for the taking.”

Granted, not all problems are solvable the first time out, such as her pursuit of a completely digital microphone without a physical diaphragm: “And how can I get rid of that diaphragm?” she says. “I know – I’ll use light.” While it didn’t quite work, there was success in attaining what Green calls “partially good” signal to noise ratio, she determined the solution wasn’t practical given the data she’d collected and the limitations of then-current tools. The key word, however, is “current.”

It’s about the long game, she insists, and citing her contribution to the AES 2012 Best Paper Award-winning paper on ion-based microphones, along with the fact that the pace of change is still ramping up, Green is hopeful that she’ll get another crack at it. 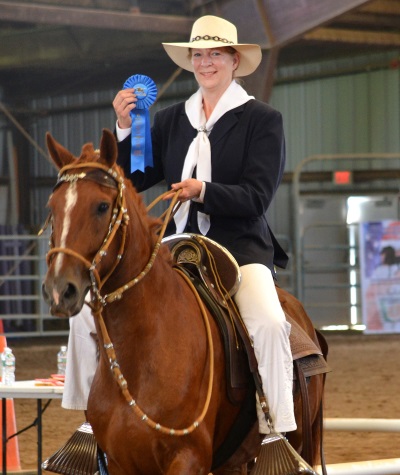 While the holder of multiple patents, she doesn’t consider herself an inventor. “I consider myself a creative problem-solver with an overactive imagination,” she says. “The people I work with are used to hearing my crazy ‘what if’s’,” adding that they prompt colleagues to give her a look that suggests they just can’t get past the ‘crazy’ part. “But sometimes I’ll answer them with, ‘Yeah, you’re giving me that look, but I’m pretty sure this will work’ followed by a bit of, ‘What about this? What about that? That proves this could work.’”

Green’s talent for getting results from technology and her desire to make things work better generally isn’t limited to audio and music. She’s equally insistent on getting results from the horses she trains at La Colina Verde, a 17-acre hobby farm that she calls home. It’s that passion, she explains, that most closely parallels her work in audio. “Horses are often sick and broken. It’s the same thing with audio equipment. It’s often not working right, or it’s breaking. I learned that if I wanted to be able to ride at the level I wanted to, I had to know how to train horses myself to get what I expected out of them. It’s pretty much the same thing with my job, but one’s with electrical things and one’s with carbon-based life forms.”

Carbon-based life forms, however, are more likely to be contrary. “My circuits may do something I don’t expect, but horses definitely have a mind of their own – they’re much smarter than people give them credit for – so it’s challenging.”

That said, she wouldn’t have it any other way.