Getting Down To Business: Insights On Success In The Corporate Event Market

Tips for making it come together when the clients don’t have a clue about how production tech works.

Recently I was working a large corporate event. I was only there as the monitor engineer for one of the bands that was part of the show and not running the entire audio program, but the experience was enough to remind me of a few points that have become almost universal truths every time that I deal with “corporates.”

Working with bands and tech crews becomes faster and efficient through time as we learn and even develop a common language. It’s like a shorthand for fast communication that allows us to talk less, understand each other more quickly, and be about our tasks as efficiently as we can.

The underlying baseline that makes this possible is the fact that you expect people in the business to know and understand the basic concepts of audio, lighting, pyro, and stage management. 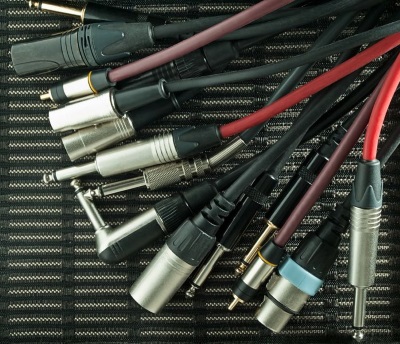 And when I say “basic” I really mean it, including things like: there are cables running on stage between the artists, mixing consoles, loudspeakers and other gear; the PA system is very difficult to move once it is set up; live drums are pretty loud and so are the guitar amps of a rock band, and so on.

We don’t need to explain this to anyone who’s working in pro audio. However, when you start meeting people from companies who want to organize an event for some notable or special occasion, you’re not speaking to a person in the production industry.

It’s my estimate that eight out of 10 times, the person in charge of the event is a public relations expert or a social media adviser that just received this assignment and is now faced with a lot of technical coordination. In other words, they don’t have a clue about how these things work from a production tech standpoint.

So when meeting these folks, be sure to explain any technical concept to them as clearly and politely as possible. It results in better overall communication from the outset, which in turn can mean avoiding some irrational demands later in the process and overall making the project easier.

There will be a lot of meetings, and they’re a good chance to be proactive.

I think it was Dave Barry who once stated: “Meetings are the single reason why humanity will never live up to its full potential.” And to be honest, I’ve never done a corporate event of any kind that did not digress from what was agreed upon in the pre-event planning meetings when it came down to the actual execution.

But these meetings are also a great chance to smooth out some kinks because they usually involve all technical crews at once. If these situations, I suggest focusing on making connection points with other departments. Ask video people how they want their audio interfaced with your system. Ask lighting people about the PA placement and how it might interfere with their design. Work out schedules for load-in and load-out that maximize efficiency and setup times.

Most importantly, introduce yourself, get their contacts and make sure they have yours. There may not be a tech-savvy coordinator working the event, so it’s best that the tech crew work out key junction points and timing details amongst themselves. The job is to keep the workload low for the coordinator, and most importantly, keeping the client happy.

Read More
Attention Guitarists: Some Helpful Advice From The Other Side Of The Board
Pages: Page 1, Page 2
1 2Next »

Ales Stefancic has served for more than 20 years as a FOH/monitoring engineer, in addition to being a technical director and mix engineer for the band Siddharta. Based in Slovenia, Europe, he's also a musician and project studio owner. Go to gainmedialab.com for more of his articles and a roster of upcoming online courses.
All Posts
PrevPreviousCuyahoga Community College Reinvests In Focusrite
NextBasic Mixer And Other Common Audio System ConnectionsNext
Study Hall Top Stories
Explore All Study Hall