For integrated monitoring and tactile control, the system integrates with Avid ICON and C|24 work surfaces, and features lossless session and project interchange with other Pro Tools and Avid video editing systems for simplified collaboration.

Additional features include:
• Third-party DAW support – Opens up workflows by providing the flexibility to work on a DAW of choice with support for Core Audio and ASIO drivers, enabling broad compatibility with third-party audio applications, such as Apple Logic, Steinberg Cubase, and others, while also offering Avid-advantaged integration with our own solutions.
• Integrated low latency mixer – Allows focus on recording high quality audio with near-zero latency, rather than the distraction of managing a separate low latency mixer. The Pro Tools | HD Native PCIe card enables easy establishment of a low latency monitor path directly in the Pro Tools system with the push of a button for set and forget direct monitoring while tracking.
• Pro Tools HD Series Interface support – Offers the ability to achieve premium audio conversion with up to 192 tracks of audio, and up to 64 channels of I/O using HD I/O, HD OMNI and HD MADI. Users can create flexible configurations that support a variety of analog and open digital formats for seamless integration into any audio environment. The system is also compatible with legacy Avid Pro Tools HD interfaces.
• Broad compatibility – The flexibility to use the platform of choice with the highest performance and stability available on a native platform, supporting both Windows 7 and Mac Snow Leopard 10.6 or higher. 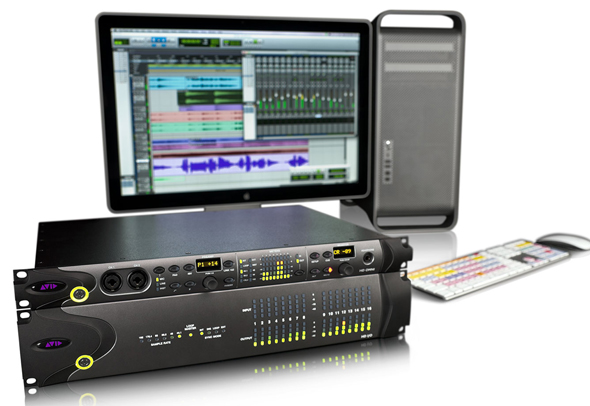 According to Andrew Scheps, producer, mixer and engineer for bands such as the Rolling Stones, U2 and the Red Hot Chili Peppers: “Pro Tools | HD Native is amazing! It was incredibly easy to set up and allowed me to open up a mix I had been working on in HD and get right to work, using the same 64 channels of analog I/O as well as my Sync I/O. I even ran the same session with all the peripherals on my MacBook Pro with a Magma chassis. It works great!”

Glenn Rosenstein, audio post expert and multiplatinum producer/engineer whose credits include Ziggy Marley, U2 and Heaven Hill, said: “Pro Tools | HD Native is the natural evolution of a tried and true recording system. It takes full advantage of today’s higher revving computers, while accessing all that is right and familiar with the Pro Tools environment.  Compatibility is no issue—HD Native fits transparently and reliably into my world, bringing a new flexibility and unmatched sonic performance. I’ve noticed a definite boost in Pro Tools responsiveness, and a significantly more aggressive workflow. The Pro Tools | HD Native PCIe card, combined with the new compliment of Pro Tools HD Series I/O’s, is truly the next step.” 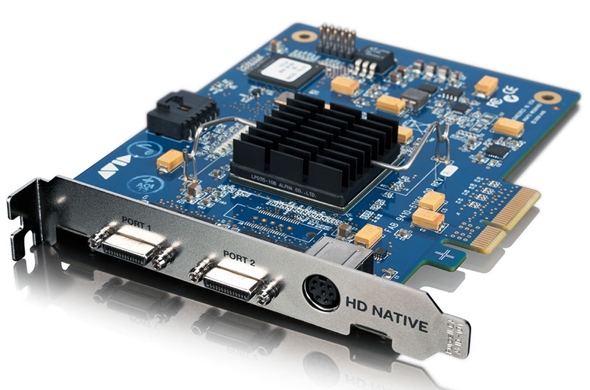 Nick Hemingway, producer and engineer for heavy metal bands such as Cancer, Desecration and ISOR, said: “What strikes me most is how snappy Pro Tools | HD Native works on my Windows 7 platform! Hitting playback is instantaneous and Pro Tools software loading time is faster than I’ve ever experienced. Having just finished a 20 day album tracking session with Pro Tools | HD Native, I have to say it’s a joy to use. Long studio days of recording 18 simultaneous drum channels with very complicated independent headphone mixes, hundreds of drop ins & industrial strength elastic audio drum editing.  Pro Tools | HD Native didn’t miss a beat or get bogged down through the entire session, it’s simply flawless.”