A Stripped-Down Sonic Landscape For Switchfoot On Tour

Traveling to more than 50 cities last fall for live dates in support of its 10th studio album, after a brief hiatus Switchfoot has returned to the road this month for a second leg of the Looking for America Tour, with stops scheduled through mid-February that will wind east from Knoxville, TN to Rochester, NY.

As with the tour’s first leg, Switchfoot’s production crew will continue to utilize house PAs at most stops, pausing from this strategy only briefly to bring in new ShowMatch arrays from Bose Professional at a few select venues. With Clair Global providing a basic stage package and the band carrying its own input selections, the crew is traveling in the same bus as the band and hauling everything it needs for the show in a single truck.

“Last year on the first leg,” explains Ryan Nichols, the band’s veteran front of house engineer, “I looked at the tour stops and saw that at least 80 percent had great PAs of their own – the House of Blues locations, Fillmores, and whatnot. So why would I have wanted to carry the extra gear and extra people? I guess you could say we were running with a skeleton crew then, just as now. The tour manager is also my monitor engineer, I’m FOH, but I’m also the production manager, and our stage/guitar tech Josh Phiffer even does merch too. Everyone here serves in multiple roles.” 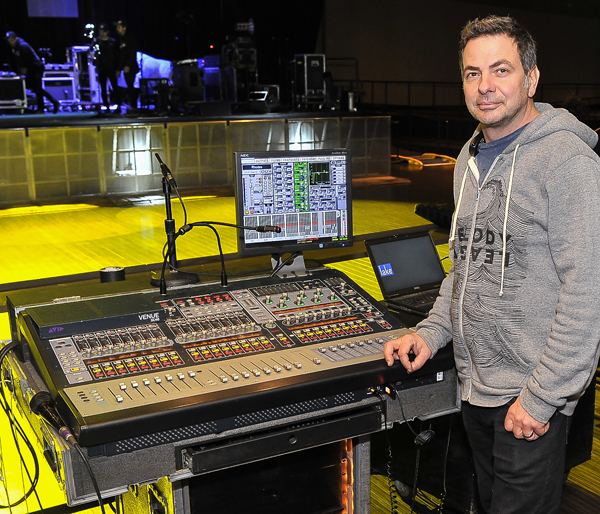 Front of house engineer Ryan Nichols at his Avid VENUE SC48 on the current tour.

The Clair stage package is stripped-down to its core and basic, including mic stands, stage boxes, a drum snake, and a main snake, along with an Avid VENUE SC48 that Nichols uses to orchestrate his house mixes. As on the first leg, rock band Relient K is onboard for part two of the tour, a fact of life accommodated by old school, copper, 48-channel snakes that are simply swapped out front to coincide with either Nichols’ presence or that of Relient K FOH engineer Eddie Hudson.

“I’ve always strived to base my world around the notion that simpler is better,” Nichols notes. “And I mean that in a sense like Albert Einstein maintained, that everything should be made as simple as possible, but not simpler. This is live rock ‘n’ roll, not rocket science. There is definitely some science too it, but let’s not get too crazy. I don’t think that’s a bad idea; I embrace it.” 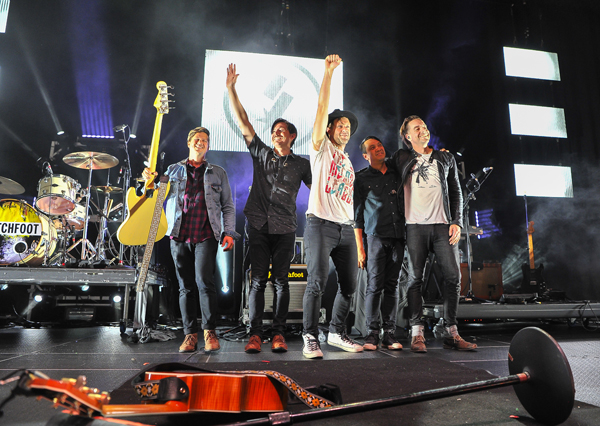 A straight-up approach suits Switchfoot and its sound crew on the road.

Nichols came to this philosophical conclusion following a time in his career when, by his own admission, “I got carried away with plugins to the point where I felt that my mix wasn’t getting any better. So I stripped down and went to nothing, then just added a couple things that I truly felt helped and made things stand out.”

Guided by these same principles today, his Switchfoot plugins include Avid Smack!, which he uses as “a dynamic tool, not just a compressor,” as well as Waves C6 compression, which is applied on lead vocals, acoustic guitar, and elsewhere very sparingly in a low-key fashion. 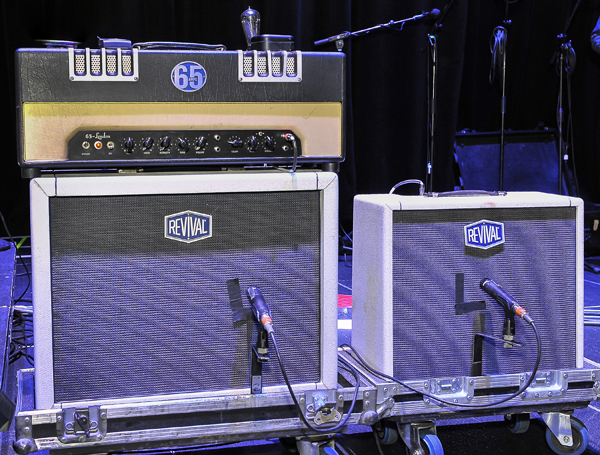 Capturing guitar amps has been the purview of Shure SM57s for a decade.

Snapshots are set up for the effects he feels are best for each song. “It provides me with the opportunity to put some really deep ‘verbs in some songs and nice light ones in others,” he explains, “and be able to make those kinds of changes instantly. My delay times are set for each song, and where all this comes in handy is when the band changes its set list, which it does constantly, even on the fly.

“Just because something is written down on a piece of paper doesn’t mean anything here,” he continues. “They’ll start one song and switch to another, and do the same thing even in the middle of a song they’re already playing. I have to be able to adapt to that. That’s why I use snapshots. I can change my ‘verbs, delay times, and panning instantly without changing my whole desk.”