“The goal of this method is to have the sound system reproduce as closely as possible the same tonal balance and perspective (i.e. “the mix”) that is being generated at the output of the mixing console by the operator.”

The Concept
Described is a method to reliably and consistently tune and optimize any large scale concert sound system. This method effectively removes many of the wide-ranging variables that have made previous methods extremely unreliable resulting in very inconsistent results from venue to venue and system to system. Some of these variables including each user’s personal listening taste (and tuning method), brand and design of the system, differing venue styles and each venue’s acoustic properties etc.

It will be seen that by removing as many variables as possible in the signal chain AFTER the mixing console (i.e., in the system tuning and optimization process), all the creative focus is now placed where it belongs, at the actual mixing console. An important side benefit of this method is that any recordings, video feeds, live broadcast mixes etc. fed directly from the mixing console are far more accurate and much more closely reflect the actual live sound of the show.

“The goal of this method is to have the sound system reproduce as closely as possible the same tonal balance and perspective (i.e. “the mix”) that is being generated at the output of the mixing console by the operator.”

Notes on the Connection diagram
This connection method can be used at both the system tuning and optimizing stage of the system setup process and also while the show is actually running! Using this connection setup the reference source (channel 2 of the audio interface unit) for any FFT measurements is now derived out of the mixing console instead of directly out of the audio interface. The internal pink noise source from the Audio Interface is connected into the mixing console as a normal line level input. (**Note: DO NOT ever use a console’s internal pink noise as the reference source!)

All FFT measurements will therefore be comparing whatever is coming out of the mixing console to what the measurement mic is hearing coming into the FFT measurement input (channel 1 of the audio interface unit).

The System Pre-Tune Check Out
Before any attempts are made at tuning any sound system it is vital that all the various sections of the system are checked out very carefully to ensure that all the rigging, wiring, patching and powering up have been performed correctly. Each section of the total system should be listened to in isolation to ensure the complete integrity of the full system.

When setting up in a new venue do not ever assume that a large-scale sound system will have everything working perfectly when first turned on!

There are so many small elements that can be overlooked that one must be extremely careful at this first system turn on/check out stage to ensure not starting to tune a system that is not working correctly. If the system is being run with digital AES wiring one of the essential things to check is that all processors are seeing and locked to a digital AES source. Do this every time the system is first setup as having any portion of the system automatically swap over to analog input will create some very strange sounding artifacts indeed! A favorite board microphone plugged into the console with some “Check 1, 2,s” while panning between the left and right stereo outputs will tell you very quickly if the system, in its raw state, is at least reasonably stereo matched on the mains.

The Basic Principles
Most concert sound systems used in large venues consist of a larger main system together with multiple separate support systems which must be tuned and optimized to all work together as a complete system. As an example, for a typical arena-style system there will usually be a large main left and right stereo front system (the “mains”), a set of dedicated subwoofer systems, in some cases an additional pair of side systems to increase the horizontal coverage beyond the limits of the mains, a dedicated front fill system along with, in some cases, a separate set of multiple delay systems set up such that they reinforce the sound for any audience members situated beyond the real limits of the main system coverage area.

The sound engineer mixing the show in one fixed position within the audience area is usually only really using the mains of the system as the reference to create, on the mixing console, the show’s final “mix” that the audience within the full coverage area of the main system will hear. It is vital therefore that all of the other support systems of the total system absolutely relate in both level and tonality to what the sound engineer is hearing from the mains as the reference for the “mix”.

Understanding the “Creep” Factor
A frequently overlooked danger when tuning and optimizing the same touring sound system on a show to show, venue to venue touring situation is something called the “creep” factor. This very subtle but serious problem occurs when typically, at the beginning of a tour, the system is first tuned in a venue for a particular setup of the system. This could be all of the available touring components or, for a smaller venue with possible rigging limitations, a cut down set of the full touring setup. Upon moving to the next venue and possibly changing the rigging/size/combination of the available touring equipment all the tuning settings (levels and EQ) from the previous setup are not reset back to the factory defaults for the system as designed.

Without fully realizing the dangers the engineer starts tuning the system based on a totally false premise of what the system is actually doing with the previous (sometimes forgotten or hidden!) delay, level or EQ settings that do not relate to either the new venue or the different system setup configuration. This means that the engineer is now adding more and more settings over the previous ones to attempt to tune the system. When this happens over the course of many shows in many venues this situation “creeps” up on the engineer and many shows into the tour the system doesn’t sound anything like it’s original designed sound with masses of overused EQ and level settings.

With so many differing combinations of programmable system drive setups available (especially with line array-style systems), not to mention how different many venues all over the world sound, it’s vital that before starting to tune any sound system in any venue, the engineer must be absolutely certain that the system is truly at its factory default settings. 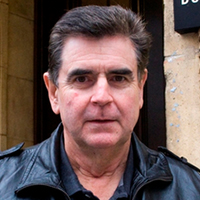 Bass Traps: Gap Or No Gap? Let’s Find Out…

Testing to debunk the myth that air gaps larger than one inch aren't helpful for panels mounted flat on a wall or hung below ...read more →

With wireless system use growing and the spectrum shrinking, frequency coordinators at shows/events are increasingly common – here’s what to know about working with ...read more →

A Tale Of Two Gigs: Embracing The Variety Inherent In The Audio Profession

There's really no such thing as a "typical" event when working with different artists, different styles of music, and different technical situations.

It Takes Two: Double-Miking Approaches For Drums & Other Instruments

Looking into a technique that can provide a whole new palette of tonal colors, especially when mixing in stereo.

Microfiles: The Olson M-191, A Triumph Of Aesthetics

With its limited frequency response and relatively high price when new, it's no wonder that the M-191 didn't become a staple of stage and ...read more →

Using multiple time windows in a single measurement as a way to measure and optimize the response of a sound system in a room.

Understanding the various signal levels each component requires is key to successfully getting everything to "play nice" together within a system.

The Right Stuff: Insights On Serving The Actual Needs Of Clients

Our first question with every project: “What products and services are appropriate for the given application?”

Silence Can Be Golden: The Many Upsides Of Selective Muting

Mute mixing, for lack of a better phrase, enables volume problems to be fixed, EQ oddities to be corrected, and the overall mix to ...read more →

Following Protocols: A Dive Into The World Of Audio Over Ethernet (AoE)

Defining different protocols and looking at their advantages (and disadvantages) with an eye on the future of audio networking.

Road Stories: A Successful Tour Back In The Day, Except For One Particular Show…

"Forget EQ. forget FX, forget gain – I was just trying to find inputs, which were in no recognizable order anywhere on the console."