The Right Context: What Does “Constant Voltage” Actually Mean In Audio?

Those new to the audio field are often dismayed by the subjective nature of many audio terms...

Those new to the audio field are often dismayed by the subjective nature of many audio terms, which may mean different things in different contexts. Here are some examples:

2) The connection of a high-impedance load in parallel across a component output: “Bridge your voltmeter across the loudspeaker line to check the voltage.”

3) A computer network data switch: “We need a new network bridge in the office.”

1) To solder or crimp a connector onto a cable: “The wiring is pulled, but it still needs to be terminated.”

2) To impedance match a source to a load: “That old passive EQ needs to be terminated to function properly.”

3) To end a computer program or routine: “Terminate the program and let’s try a reboot.”

Another confusing term is constant voltage or CV. What it does not mean is what the name implies, that the voltage, whatever its value, is unchanged over time. So much for a literal interpretation.

The electrical engineering definition of constant voltage is concerned with how a power source drives a load. If the load has a very high impedance relative to the source impedance, the voltage developed across the load is independent of the load impedance value.

For example, if my 100-ohm output mixer is driving a 10 kOhm load, the interface is optimized for voltage transfer, and practically all of the source voltage is delivered to the load because very little of it is developed across the output impedance of the source. This is the objective of any analog audio interface.

If the load impedance were increased to 20 or 30 kOhms, there would be no change in the signal level (the voltage) at the input. If the source impedance were decreased to 50 ohms or increased to 200 ohms, there would be essentially no change in the signal level to the load. A large impedance mismatch between source and load creates a voltage-optimized signal transfer, which makes the specific source and load impedance values irrelevant with regard to signal transfer. The pro audio industry does it this way to make interfaces more “plug-and-play” by not bothering the user with having to consider the actual impedance values present.

In contrast, in an impedance-matched interface the source voltage is heavily influenced by the presence of the load, dropping to one half of its open circuit value when the load is connected.

An example of a CV interface is utility power distribution, e.g., a household electrical circuit (Figure 1). You can connect as many devices as allowed by the circuit breaker current rating but the voltage is unaffected. It’s not CV because the voltage is always 120 volts AC, it’s CV because the 120 volts AC does not drop as additional appliances are added to the circuit.

To generalize, outputs are low impedance and inputs are high impedance, and when this is true the voltage across the load is the same, no matter what the actual impedance values are, hence “constant” voltage. This convention greatly simplifies the analog audio interfaces. In most cases, you just connect an output to an input with the appropriate cable and get on with your life.

Read More
Clearing Up The Confusion: Attributes Of 70-Volt (And Other "Stepped Up") Systems

I always like to add that this is a low frequency practice (<50 kHz). In high frequency interfaces (video, digital, RF) impedance matching (termination) must be used to maintain the integrity of the signal. 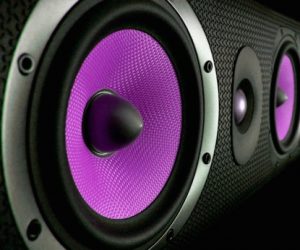 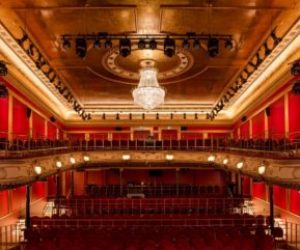