Staying Ahead Of The Game: System Optimization For A Music Festival On Wheels

This past summer (2019) I was on the road serving as system engineer for the Outlaw Music Festival, an event organized by the original outlaw himself, Willie Nelson. It was my second year with the festival, and this year’s line-up was nothing short of incredible, with artists that included Bonnie Raitt, Alison Krauss, Robert Plant and the Sensational Space Shifters, The Avett Brothers, and Lukas Nelson and Promise of Real, just to name a few.

Spectrum Sound of Nashville supplied the house and monitor systems for the tour, including the d&b audiotechnik house system, including ArrayCalc simulation software and R1 remote control software that are so easy to use while providing me with an accurate representation of the system before it ever leaves the ground. Knowing how loudspeakers are going to perform is a major advantage on a festival tour.

This year we were also able to implement ArrayProcessing (AP), an optional software function within ArrayCalc, which uses an optimization algorithm to determine tailored filters to help control the behavior of the system across the listening area. It helped produce significant improvement in sonic quality and tonal coverage throughout each venue. I cannot stress enough how powerful AP is; it takes a product that already sounds great and pushes it to another level.

A typical show morning would begin with a “walk and chalk” of the venue at about 6:30 am. This is one of the critical moments in our day because it’s the only time when PA placement can be determined. Cutting corners would lead to trying to fix a mechanical problem with a digital solution – not a good practice.

This is a far-too-common mistake, one that should be avoided at all costs. It’s far easier to fly loudspeakers where they need to be from the outset rather than fighting physics the rest of the day. Physics will always win (in case you were wondering). Still, and unfortunately, not all situations allow for placing the PA exactly where we want it. So much for the whole “perfect world” scenario, right?

After evaluating the venue (“shooting the room”) and marking the loudspeaker points, it was time to grab some coffee and finalize the array angles. AP also requires accurate room data to function optimally, so making sure the measurements of the venue are precise is key. Fortunately, ArrayCalc software is so easy to use that it doesn’t take very long to formulate precise room data.

With six bands per show on the bill and doors opening at 1 pm, it was a challenge to get everything done within the set amount of time. On a normal day, the crew would have roughly two hours to load in and be ready to make noise. To start, we focused on individual tasks – A2/monitor engineer Casey Latter and A3/monitor tech Sam Lopiccolo took on the task of flying loudspeakers while I handled sub array and front fill configurations, followed by running snakes to front of house (FOH).

After that I would start the daily “Tetris match” of finding space for six mixing consoles, outboard racks, and two lighting desks at FOH that was usually nothing short of a challenge – especially when one of them was a Midas Heritage 3000 analog console for Nelson. Bobby Lemons, who’s mixed FOH for Nelson for many years, would usually join me and somehow we’d get it figured out.

The two of us had a lot of fun on the tour and both think about live sound in the same way: to make the experience as enjoyable for the audience as possible without anyone knowing we even exist. It all begins at the top with a great source, and everything that happens after that is a bonus. At the end of the night we want everyone to leave the show thinking, “That show sounded just like the artist.”

We want them to be totally engaged in the music coming from the stage, with the loudspeakers just the medium for that to take place. That’s where the system tech and front of house engineer roles begin to coincide. There are so many ways to get good results out of a PA and no one does it exactly the same.

There has to be a lot of trust between the tech and engineer. Both jobs are vital to a great show, and having that relationship is something you can’t put a price on.

Vibe up dull snare drums, energize a piano, add some "room" to sounds, enhance that kick and build a tunnel...

"We never did discover who flipped on the low-pass filter switch..." 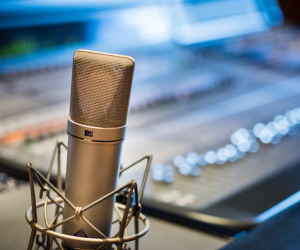 Sizing It Up: The Differences In Large- And Small-Diaphragm Condenser Microphones

Bringing clarity to the terminology as well as outlining the pros and cons of each. 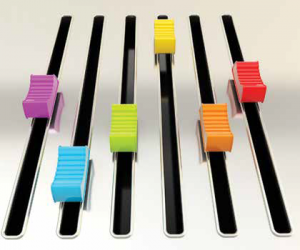 Charting The Mix: The Value Of Peeking Under The Hood Of A Pop Song

An eye-opening exercise that can bring us to another level of "awareness" with music, which can positively impact the mix. 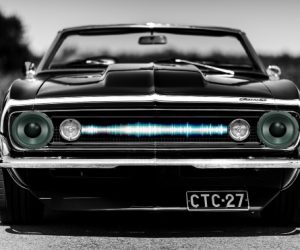 Then And Now: Putting Audio Technology Into Perspective

Vintage audio equipment can be viewed in much of the same light as vintage muscle cars in terms of appeal as well as problems.