So Long And Thanks For The Help: When It’s Time To “Coach Out” A Worship Tech Volunteer

With all the “roses and thorns” of working on or organizing teams of volunteers, how do leaders know when it’s time to say “thanks, but no thanks” to a volunteer?

Don’t look a gift horse in the mouth!” How many of us have heard this phrase or uttered it to ourselves when working with a group of volunteers?

It’s no surprise that churches and other not-for-profit spaces run on a string (often a revolving door) of volunteers – helpful, well-intentioned people who have a desire to contribute towards the goal or mission of a team. Without volunteers, most churches wouldn’t have any kind of audio or technical staff. If you work in a church in any sort of leadership role, you’re probably at the mercy of a handful of people donating their time.

While this is a beautiful gift, it comes with a cost. Volunteers offering their free time often hold expectations that their time, talents, and gifts will be utilized at their convenience – a paradox, since churches usually operate on fairly specific schedules (as a former colleague of mine used to say, “Sunday comes around the same time, every week.”).

With all the “roses and thorns” of working on or organizing teams of volunteers, how do leaders know when it’s time to say “thanks, but no thanks” to a volunteer?

When they’re undermining the mission. This sounds like an ominous or even malicious thing, but in practice it happens insidiously – creeping into the workplace around the proverbial water cooler in hushed tones.

Workplace gossip is more undermining than one might think and often begins with a quiet exchange of confidences. It feels good to know someone else gets the irksome ways of managers, coworkers, and other volunteers, but it can quickly turn into clique-ish “us-versus-them” teams as you (likely a once-innocent bystander) become complicit in workplace nastiness, unwittingly forced to take sides or risk losing camaraderie.

It sounds like behavior that happens in the halls of a high school, but if we’re honest with ourselves we can see ourselves in those hallways playing the same games with our peer groups. (A little unsolicited advice: gossip often emerges as a ‘culture’ issue and will be nipped in the bud when leaders address it head-on.)

Other times, undermining the mission looks like intentionally pushing back at leadership. Balance in healthy organizations depends on the ability to offer fair and often critical feedback, so pushback isn’t necessarily the enemy – in fact, pushback can be a sign that those in an organization trust leadership enough to have tough conversations.

However, pushback aimed at tearing down rather than repairing is dangerous. We’re all familiar with organizations that are past their expiration date, facing the decision to change or die, but make no mistake about it – organizations (even horizontal ones) have a natural and necessary hierarchy which is obligated first and foremost to the members of the organization so any pushback that disrupts this balance must be curtailed – quickly.

When they just don’t “get it.” Let’s face it, one of the major challenges of staffing churches are the demographics of most of our volunteers. Churches of old generally had diverse groups of people and few technological demands – I mean, how hard is it to acolyte, pass the offering plate, or take attendance?

Today, churches (and their volunteer staff) are struggling with staying relevant in a consumer-oriented, increasingly technologically savvy culture. Most young folks have stopped attending (until they have children, which drives them to family programs – not usually volunteer positions), leaving increasingly complicated volunteer roles to be filled by folks who are usually of retirement age.

At the risk of being ageist, the reality is that technology is moving faster than most folks can keep up with, and this is especially challenging for elders. I’m a known luddite; at the ripe age of 30 my tech skills suddenly and unceremoniously died, leaving me reluctant to upgrade my cell phone let alone learn to run totally-digital worship experiences – and that’s what we’re asking of many of our 60-plus-year-old volunteers.

If coaching and training aren’t helping to align the task with the volunteer’s gifts, it may be time to find ways to serve in other ways.

When their calling is no longer aligned with the mission and values of the organization. In the landscape of church (and life), the only constant is change. Even things that seem constant, like our values, shift when we incorporate new information. Information is available faster than ever, and public opinion is shifting quickly.

Churches are often the last in society to make major changes – from embracing the spectrum of human sexuality to recognizing calls to social justice, heck, even adopting technology is challenging for most churches (there are notable exception, and some of you readers in paid positions might work for churches on the far other end of the spectrum: churches that pay “out the nose” for the worship experience).

When things change, there’s always some sort of fallout. Churches and pastors today are being called to the mat to change (attract young people, adapt online, keep up with every emerging health protocol, etc.) or die. With pastors saddled with new challenges in these unclear, liminal times, it’s safe to assume that not everyone in the flock will agree with changes in their vision, especially if core values are challenged.

It’s OK to disagree with church leadership, but when a volunteer’s moral values are no longer aligned with the mission of the church, there will be a rift in their ability to serve in ways aligned with their calling without undermining the vision set forth by leadership. Leaders should be mindful not to encourage people to work against their integrity.

Differences of opinion lend a necessary counterbalance when people see different roads towards the same vision and disagree on which path to take, but if the vision is out of alignment, you are on separate paths. If this is the case, thank your volunteer(s) for their time, dedication and service, and offer to journey alongside them as they discern new ways to serve.

Everyone benefits from strong interpersonal relationships, consistent boundaries and a culture of direct, transparent, two-way communication. If this is impossible, it may be time to reorganize. 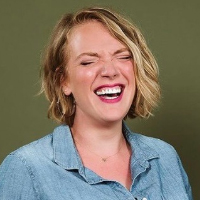