Scientific Essence Of Sound: Getting To The Basis Of What We Hear

Equipment and theories come and go, but the basic building blocks of sound do not.

The sum of the potential and kinetic energies is always constant, assuming a lossless transmission medium, even though each contributes a varying amount depending on the position in the oscillatory cycle.

At the extremes of the oscillatory cycle (maximum positive or maximum negative pressures) the energy is primarily potential with zero kinetic energy.

At the mid-point of the oscillatory cycle the energy is primarily kinetic with zero potential energy.

The kinetic energy is directly proportional to the square of the particle velocity.

The units of volume velocity are m3/s. The “volume” here does not refer to level or loudness, but to occupied space as measured in cubic units.

Read More
What It Really Means To Equalize The Room

Equation 5 readily shows us that if we want to move a given amount of air, such as with a loudspeaker, we can either use a single cone (large S) with a relatively low amplitude surface (particle) velocity or use a smaller cone operating with a higher amplitude surface velocity (Figure 5).

We will see in a future article the acoustic impedance is comprised of acoustic resistance and acoustic reactance, similar to electrical impedance. 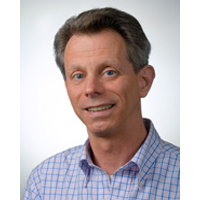