Where might we go wrong as pro audio industry marketers? Have I caused you all moral harm for decades and not even realized it? (I hope not!) Let’s dig in a bit more and see.

I am a marketer. I get paid to market products and services to customers of all types. From folks who don’t know that the product exists through to experts who often have more technical knowledge than I do – my job is to move them through a journey that results in a purchase of our product.

Sales and marketing professionals are aware of the stages of this journey, but I’m not sure that many consumers sit around and actively envision each of the stages as they go along. “Well, I’m now in the Need Generation phase and should move into Initial Consideration,” said nobody.

In basic terms, the journey looks something like this: Awareness → Consideration → Purchase → Support → Loyalty. Marketers look closely at this flow and strategically place ads in fine magazines like Live Sound International and on websites such as this one to build up awareness of their product range. If that ad is in the right place at the right time with the right product and the right message, there are now more customers who are considering a purchase of that product.

For many products, retailers are also doing their part to trigger the move from consideration to purchase via sales offers and bonus add-on accessories and so on. Once a customer has purchased a product from a brand, the marketing goal is now arguably much more complicated: retaining the customer. This can be accomplished through ensuring that they see steady press releases about top engineers using the same product, providing top-tier customer support, continuing to enhance and expand the product value through firmware updates and basically not screwing anything up.

Connecting To Other Worlds

I am also a philosopher. I’ve been interested in philosophy my entire life and I’m working through advanced degrees in philosophy alongside my day job as a marketer. I recently came across Peter Gildenhuys’ article “Advertising is Immoral” in Philosophy Now magazine. It really made me think about how the role of pro audio marketing and the customer journey connects to the world of ethics and philosophy.

Is it wrong to try to convince you to buy our latest mixing console rather the mixing console offered by our competitors? I’m not thinking about the sort of “Capitalism is bad!” sort of economic system argument here but more about the ethics of persuasion in general. As Gildenhuys puts it, “All advertisers are persuaders, but it’s possible to go about persuasion in either morally legitimate or morally illegitimate ways.”

Where might we go wrong as pro audio industry marketers? Have I caused you all moral harm for decades and not even realized it? (I hope not!) Let’s dig in a bit more and see.

Gildenhuys begins his article with an introduction to the Sophists. Rooted in ancient Greece, the original Sophists “were wandering teachers who offered instruction on a wide variety of subjects, including philosophy and also rhetoric.” Their approach to philosophical argument was not always based in a search for the truth of the matter, but rather in ways of standing up weak arguments to have them appear strong.

While not strictly lying, sophistry is often closely related: “When we lie to people, we try to get them to believe what they should not believe, and when we act as sophists, we try to persuade them by what should not persuade them.”

So, if I crafted an ad that showed an engineer at the console surrounded by stacks of gold and jewels and the headline “This Console Will Immediately Make You Rich” – I’d probably just be lying. If I presented a photo of a famous engineer at the console with a quote bubble reading “I Used This Console And Then I Got The FOH Gig With The Beatles!” – it would be more a case of sophistry.

Just because an engineer got a fancy gig and happens to use brand X doesn’t mean that if you use brand X you will also get a fancy gig. Now, it might be helpful to establish that brand X is a credible choice for consideration since multiple top-level tours use the console, but we should be careful not to make a strict causal connection between “Used This Console” and “Got The Fancy Gig” as the hypothetical ad suggests.

A more careful design of the ad (devoid of sophistry and morally illegitimate moves) would not claim that the console is the sole reason for the gig. I’m certainly not saying brand endorsements are somehow morally bad (for the celebrity and or/the brand), but there does seem to be a line which can be crossed into the murky waters of morally illegitimate persuasion if we aren’t careful.

There is an entire side thread we could take here on the topic of philosophical authenticity and so-called “influencer” marketing, but I’ll save that for another day. For our purposes, we have identified one way in which we might slide into sophistry if we aren’t careful.

How about an ad that says “Offering 67 High-Quality Mix Inputs, The XYZ-123 Sounds Better Than Other Small-Format Console Competitors!”? While discussions around perception and knowledge and measuring the “real world” goes deep in contemporary philosophical research, let’s try to keep things simple and relatable here. It looks like there are two parts to this claim that we can look at and analyze separately, namely value-based claims (“high quality,” “sounds better”) and what appears to be standard technical terminology (“67 mix inputs,” “small format).

On the value-based claim front, can I really say that brand X has “the best sounding preamps in the business”? As The Dude would say, “That’s just like, your opinion, man.” It seems to me that value judgements such as “best sounding” and “most immersive” and “highest quality” are an edge case at times and are generally part of a rational and acceptable argument in persuading customers.

These claims seem to be less troublesome if they’re supported by measurable specifications or material facts. I think that as long as we’re careful to not conflate or collapse the distinction between a pure value judgement and a factual, testable, established industry norm, we’re OK. Without these sorts of adjectives in the marketing campaign toolkit, every ad would be a specifications sheet. Speaking of specifications sheets…

In one of my previous gigs, I was involved in the NAMM XML Standards group, tasked with creating a uniform list of product descriptors and definitions for those attributes that all pro audio and MI brands could use. The idea was that comparison charts and website builds would be much more streamlined for dealers and informative and accurate for customers.

Some of these items were simple. Product Name. Not too tricky. Weight. Yep, not too hard. We all agree there. Number of Channels. Hmmm… Well, number of total channels in and out? Oh, Number of Input Channels. Better, but both analog and digital? OK, Number of Digital Input Channels. Do we count this as all channels or should we be more rigorous and set aside channels that have fewer available effects or some other limitation?

I’m sure you can see how this could get tricky once we have marketers from different companies all striving for the highest numbers that they can list. As noted, not lying, but getting a bit close to misleading at times.

You’ll see that even in the Real World Gear features on this website, I’ve struggled with finding the best way to treat something as seemingly simple as Mix Inputs, opting to include the full input count and the more detailed math of how that number was calculated – Mix Inputs: 160 (128 plus 16 stereo FX returns).

Is that helpful information or am I a bad person? This is certainly a key example of where I think we can all do better (myself included!) in standardizing technical terminology and specifications across the industry.

We’ve just scratched the surface in describing a few different sorts of issues that seem to exist with pro audio marketing today and where industry marketers may want to take a closer look at our persuading and positioning in recent campaigns. We’ll continue to dig into some of these questions and propose a few safeguards and approaches (together with some comments and feedback from industry leaders) in part two. 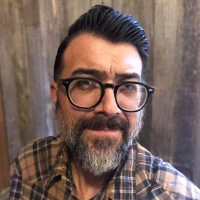