Behind the scenes with mix engineers Joe Harling and James Neale...

The Halcyon Days Tour has kept Ellie Goulding’s odometer spinning at a rapid clip since December 2012, when she embarked upon a nine-date introductory foray across the UK.

A trek across North America ensued in January of 2013 beginning in Miami Beach, and her wheels have just kept turning since, ultimately leading back across the Atlantic to her first UK arena tour in early March of this year followed by her latest conquest of North America that just ended in Ontario.

That brings us to Australia this June, then New Zealand, and Singapore, and well, you get the idea. The road does seemingly go on forever for this English singer-songwriter and multi-instrumentalist, whose soprano voice is noted for its breathy, soul-stirring vibrato and emotive phrasing.

She has been described by Neil McCormick of London’s The Daily Telegraph as “something primal and folky,” with “bird-like high notes conveying a childlike wonder, while darker tones imply ancient depths of sorrow. She sings like she is strung out on the melody, warbling from a place of desperate emotion.”

Goulding bears the influences of wide-ranging genres such as synthpop, electronica, R&B, heavy metal, folk, hip hop, and classical. In recent times, she has moved away from the digitally-infused sound of her earlier years to one that is more tribal—maybe even a bit anthemic—relying more on piano and the pure strength of her voice. 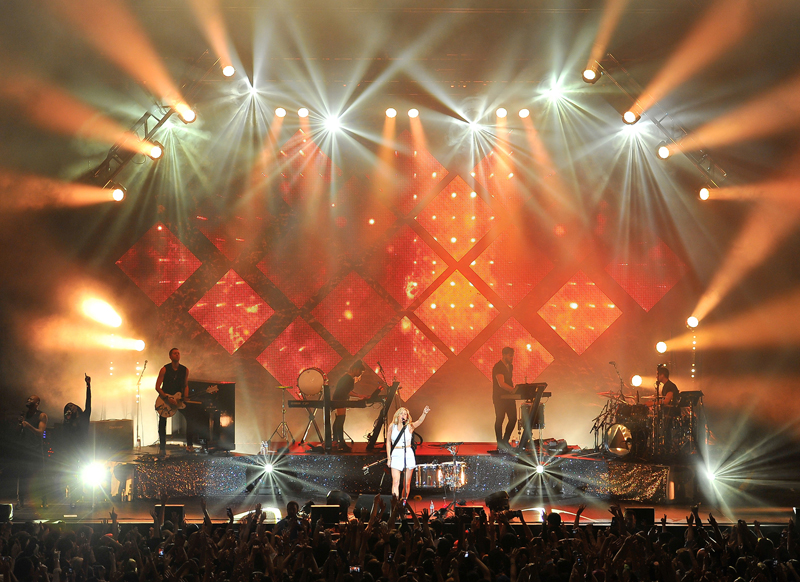 The stage set for Ellie Goulding and her band on the recent tour of North America.

“Her musical arrangements are definitely full-on,” says Halcyon Days front of house engineer Joe Harling, who stepped into the fray in January of this year. “Yet she sings very quietly onstage. That introduces a bit of a challenge to things every night.”

A “failed musician” by his own admission who gravitated to the production side of things at FOH with acts like Mumford and Sons, Lana Del Rey, and Metronomy, Harling is aided and abetted during this chapter of his career journey by monitor engineer James Neale.

At The Mercy
Just as in the last North American leg of the tour, there was no budget for the band to carry its own PA when the act moved Down Under this June. 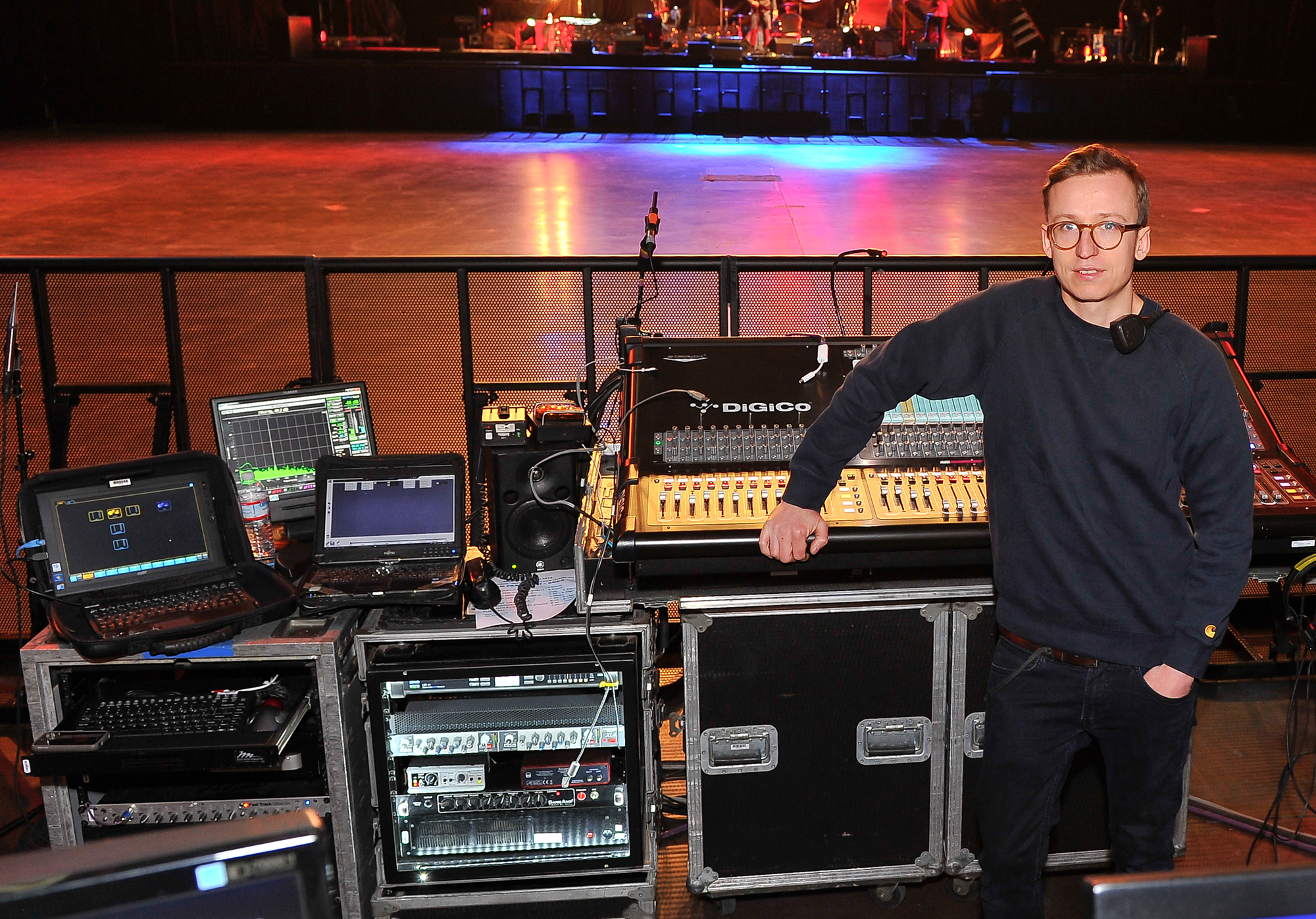 “When we’re in situations like this, that kind of leaves us at the mercy of every promoter’s own abilities and honesty,” Harling notes. “More to the point, proper gear just isn’t always available everywhere. Sometimes the PA hasn’t been maintained or has been outright neglected. We’re faced with under-powered amplification, PAs that haven’t been properly deployed to adequately cover the audience, and so forth.

“Since Ellie sings so quietly, there is a lot of gain on her mic,” he adds. “Therefore, if the PA is hung too far upstage, we have problems. When we tour with our own PA, I always make sure it is hung as far forward as possible.”

With the tour’s trip to Oz, both Harling and Neale are orchestrating their respective worlds from behind the controls of DiGiCo SD10 consoles. Starting at the outputs, Harling utilized Lake LM 44 processing, which offered him four channels of system EQ. 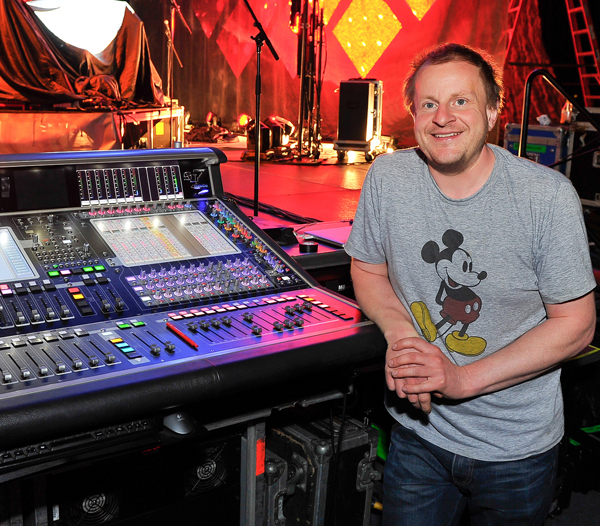 “I have four matrixes set up,” he explains, “left, right, subs, fill—all of which feed the LM 44 via AES. This provides me with better control over the house systems I encounter that always seemingly want to defy my authority.

“The DiGiCo has a clever matrix mixer that basically allows me to send anything anywhere, so I actually have a band ‘master,’ and a vocal ‘master’ rather than just a left-right master. Given these capabilities, I can send different amounts of my vocals and the band to the front fills than I do to the main PA, for instance. I can additionally keep the vocals completely out of the subs, without resorting to placing the subs on an aux.

“With the SD10,” he continues, “I run the Waves-qualified SoundGrid DSP server, which lets me use Waves plug-ins like the C6 multiband compressor and Renaissance EQ/comps over certain important channels and some subgroups. The DiGiCo is so flexible in terms of routing that I’ve wound up doing some peculiar things, like sending snare top and bottom mics to a group, and then sending that sum back to a channel where I can process it and send it to reverb as a whole.”

Taking with two of the key individuals about how it all went down as well as their observations as to what they see coming ...read more →