A basic introduction of FIR filter generation for audio systems.

Electronic correction in the form of Equalization (EQ) is one of the most useful audio tools for loudspeaker compensation/correction, whether it compensates from non-linearities in the loudspeaker or for altering the effect of room acoustics.

The IIR filter is based on the idea of an analog/passive filter and has minimum phase characteristics. An example of a passive crossover typically found in a loudspeaker is shown in figure 1. 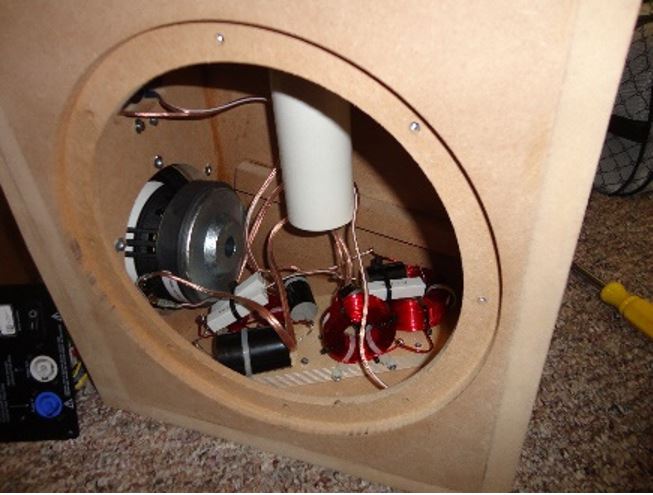 The IIR filter is common and can be used in the passive/analog domain and in a digital signal processor (DSP). Several common terms that relate to IIR (some relate to FIR too) are: passive/analog crossover, minimum phase filter, analog graphic/parametric EQ. FIR filters on the other hand are commonly implemented in the digital domain.

Figure 3 – the left graph shows the filter’s impulse response which has a peak very close to 0ms. Typically, there is minimal processing delay introduced by an IIR minimum phase filter.

An FIR filter can also create a similar transfer function as shown in figure 3.