Co-produced and engineered by Mark Hornsby, drummer/vocalist Nick D’Virgilio’s new “Invisible” album is a collection of original songs featuring the industry’s leading drum manufacturers captured by a selection of models from DPA Microphones.

Released through Entertainment One, the album’s drum and band recordings took place at Sweetwater Studios in Ft. Wayne, IN while orchestral compositions were recorded at London’s Abbey Road Studios under the direction of composer Rick Wentworth and arranger John Hinchey.

Sweetwater Studios, a division of Sweetwater Sound, one of the largest music retailers in the world, had access to all the drums, mics and gear necessary for the project. The percussion brands utilized on “Invisible” include Aquarian, Remo, Evans, Sabian, Zildjian, Paiste, DW, Sonor, Ludwig, Gretsch, Mapex, Yamaha, Trick, Tama, Vic Firth, Promark and Vater. The team turned to mics from DPA in seeking consistent recordings of all songs.

“Nick and Mark came to us with this project, and we were incredibly excited to participate,” says Gabriel Antonini, business development manager and global support, DPA Microphones. “They decided to use all DPA microphones because they wanted an accurate, very natural sound to highlight the nearly two-dozen percussion manufacturers featured on the album. This included different cymbals, sticks and drums; and each song on the record has a different drum set featured on it. The only thing that stayed the same was DPA mics.”

D’Virgilio adds, “DPA mics have many things going for them when it comes to drums. For starters, they sound amazing – what your drums sound like in the room are what they sound like coming back through the speakers. They are also small and discreet, so there is almost no chance you whack the mic with a drumstick while you’re playing. If you do hit a mic, then you’ve done something incredibly wrong.”

Though Antonini was DPA’s point of contact for the project, he also served as a recording supervisor on the album. “I miked the lovely sounding Sweetwater rooms with the best possible placement of DPA mics for drum recordings,” he explains. “The second part of the job was to go to Studio Two at Abbey Road – where the Beatles recorded – and place microphones for the orchestra. We also set up a Decca tree, comprised completely of DPA mics; three 4006 omnis with 50 mm APE accessories, to be exact.”

Antonini’s efforts and the audio quality of the DPA mics did not go unnoticed. “I have been recording orchestral projects at Abbey Road Studios for many years; DPA microphones enabled me to capture a sonic fidelity that I had never achieved before,” says Hornsby.

“DPA has been wonderful to work with on this project,” D’Virgilio notes. “There is such passion all through the company for making great music. Everything on this project — from drums, keys, guitar and bass to vocals and orchestra — have gone through DPA mics. There is nothing they cannot do.”

As a session musician and touring artist, D’Virgilio has worked with many artists and bands, including Tears for Fears, Sheryl Crow, Kevin Gilbert and Peter Gabriel, among others. In 1996, he was one of two drummers to replace Phil Collins in Genesis, playing on the “Call All Stations” album. He’s also noted for his progressive rock work with Spock’s Beard and Big Big Train, and spent five years touring with Cirque du Soleil’s TOTEM as drummer, vocalist and assistant band leader. 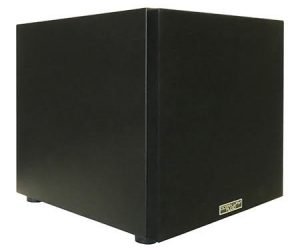