Dispelling The Inaccuracies Of Hearing Loss Depicted In “Sound of Metal”

An audiologist addresses numerous inaccuracies of the portrayal of hearing loss, its causes, treatment, and rehabilitation in the Academy Award-nominated film.

It took me three tries to get through the Academy Award-nominated film “Sound of Metal.” As an audiologist for the past 24 years, 13 of those years focused on the specialized hearing needs of musicians, sound engineers, and audiophiles, I couldn’t believe, even from the beginning of the movie, the numerous inaccuracies of the portrayal of hearing loss, its causes, treatment, and rehabilitation.

I understand that this is a movie, a dramatization of life and that Hollywood took artistic license with the occurrence of sudden hearing loss, but the portrayal is completely inaccurate. Some major steps in the process of sudden hearing loss and its diagnosis and intervention were left out, and I’d like to dispel that and clear up what happens in real life.

On a bright note – I’m thrilled about the awareness and attention the movie has given to the subject matter of hearing and hearing loss, and am hoping to use that attention to shine a light on reality so that people can practice, play and listen to music safely and without fear.

Sudden severe to profound bilateral (both ears) hearing loss is very rare and its cause is typically viral or because of an autoimmune disease. Sudden hearing loss incidence is about 20 per 100,000 annually and bilateral sudden hearing loss is less than that (per the Clinical Practice Guidelines: Sudden Hearing Loss, published August 1, 2019, by the American Academy of Otolaryngology-Head and Neck Surgery.)

Since the main character, Ruben, is a drummer and the name of the movie is “Sound of Metal,” I felt there was an underlying message that this type of hearing loss could occur as a result of his profession. It’s true that hearing loss can happen from loud sound exposure. However, it’s most typically gradual, affecting the higher frequencies from 2500 Hz to 6000 Hz (2.5 kHz to 6 kHz) first. This type of hearing loss is perceived as a loss of speech clarity or that hearing is muffled. Usually, when someone has this type of mild hearing loss in the high frequencies, they may be unaware of it, but they will be if it further declines and becomes severe and by then it may be too late.

Some signs of a high-frequency hearing loss are difficulty hearing in noise, asking for more high frequencies or clarity in a mix, needing the television to be turned up louder, and a general feeling of hearing but not understanding what is being said. That’s why it is crucial to be proactive and take necessary precautions to avoid having this happen.

These steps include having an annual diagnostic hearing evaluation, monitoring loudness levels using NIOSH standards with a sound level meter, wearing hearing protection when you can’t control the volume, and getting the right in-ear monitors with a good fit coupled with the right mix so you don’t have to turn them up too loud while rehearsing and performing. The important thing to know is that it’s never too late to start!

Unfortunately, sudden hearing loss is possible, but typically it only affects one ear and needs to be treated medically immediately. We hope that the perception of hearing loss in one ear is something as simple to fix as wax removal, however, do not assume that to be the case.

According to my colleague Dr. Yu-Tung Wong, MD, an otologist out of Cedars Sinai Medical Center in Los Angeles, “Examining the ear may show impacted ear wax as the cause of hearing loss, especially in someone who wears earplugs or ear monitors. It may also show correctable physical damage to the eardrum. In the event that the physical examination is normal, and the sudden hearing loss is identified in the first few weeks, most patients would be treated with oral steroids with or without intratympanic steroid injections, and sometimes hyperbaric oxygen therapy. Generally, one-third of patients will improve by themselves even without treatment, and one-third of patients will not improve despite all treatments. The remaining one-third of patients must have treatment to improve. The hearing recovery is not always complete but may allow the patient to use hearing aids to amplify their residual hearing to a functional level.”

So, the take-home message is do not wait if this happens to you — call an audiologist and otologist or otorhinolaryngologist, commonly known as an Ear, Nose, and Throat “ENT” doctor, immediately.

“Sound of Metal” did not address medical intervention of sudden hearing loss at all. In fact, Ruben was told by the seemingly cold audiologist in the beginning that “sorry there is nothing we can do for you.” That statement couldn’t be further from the truth as there’s a lot that could have been done. While they do not sound like normal hearing, cochlear implants are truly amazing, but they would not have been the first stop on Ruben’s journey of aural rehabilitation.

After his first hearing test, Ruben should have been treated by a medical doctor, preferably an otologist, and further hearing tests would have been done to check for possible recovery.  This process could take at least a month to come to a conclusion. Had his hearing loss not improved, he would have then been told his next option which would be hearing aids, which are wonderful these days!

Additionally, he could have also gotten custom in-ear monitors tuned to his hearing test results to use while performing. I do that when appropriate for my clients, and JH Audio is the only in-ear monitor company that will help me accommodate for hearing loss. I’ve found it to be a tremendous help so that my clients don’t have to compensate by turning up the volume on their monitors too loud and their engineers don’t have to compensate for it in the mix, therefore reducing the risk of further hearing damage due to loud sound exposure.

The fact is, no one is even considered a candidate for a cochlear implant until they first try hearing aids and show no benefit. Cochlear implants are typically done one ear at a time, not both ears at the same time. The good news is most insurance companies and even Medicare actually cover the cost of cochlear implants, so no need to short sell the Airstream, Ruben!

Lastly, you would never have outright left Ruben, who has been through such a traumatic event with people, first of all, he doesn’t know, and second, he doesn’t speak their language. To me, it would be equivalent to being shipped off to a foreign country where no one spoke English after a trauma. You just would never do that in real life, plus he never expressed a desire to be part of the deaf community. It was, however, great to see the deaf community represented and its realistic portrayal, but again, it just wouldn’t be the next step for Ruben in real life. A more appropriate route would have been surrounded by friends and family supporting him through all the steps of medical intervention.

Some positive notes – the sound design team did a great job letting us all hear what it is like to have severe hearing loss. We actually all have gotten to experience what hearing loss is like in real life the past year during the pandemic while wearing a low-pass filter called a face mask! I’m hoping this experience raises awareness and empathy for what it’s like to not hear clearly and also how important visual cues are to hearing. Hopefully when all is said and done with the pandemic ,people will have a newfound awareness and understanding of hearing loss.

Regarding “Sound of Metal,” I hope it doesn’t scare people to quit playing instruments or make them too paranoid. Instead, I hope by following a good hearing conservation program that includes getting hearing tested annually, wearing quality earplugs (best is custom fit and I prefer Sensaphonics, which use Etymotic Research filters), wearing in-ear monitors at a safe level, and monitoring loudness in general, that everyone can continue their careers for a long time with good hearing health!

Big thanks to SoundGirls for providing this article. 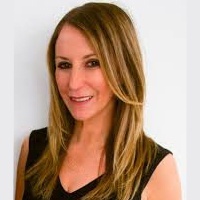 Dr. Julie Glick was first introduced to custom in-ear monitors and musician earplugs 20 years ago when she started her career in private practice in Beverly Hills. Since then she has spent invaluable time with monitor/sound engineers and has been backstage and in rehearsal studios with musicians of all genres, and has also worked as an audiologist for two years with Sensaphonics Hearing Conservation in Chicago. She holds a Bachelor of Arts degree in Speech and Hearing Science from The Ohio State University, a Master of Science degree in Communicative Disorders from California State University, Northridge, and is a Doctor of Audiology from the Pennsylvania College of Optometry, School of Audiology. She’s also a licensed Audiologist and Hearing Instrument Dispenser in the states of California and New York, and a Fellow of the American Academy of Audiology.
All Posts
PrevPreviousTwo New Ableton Live Training Webinars Announced
NextHow We Got Loud, Episode 11: Mark Gander Of JBL ProfessionalNext
Study Hall Top Stories
Explore All Study Hall