Paul Simon recently got together with iconic jazzman and composer Wynton Marsalis (and special guest Aaron Neville) for three nights of live performances at the Jazz at Lincoln Center in New York City, with Studer Vista 5 and Soundcraft Vi6 digital consoles brought in to handle the mixing requirements.

“There were more than 100 inputs for this show,” notes Michael Conner, Simon’s front of house engineer. “We had to mic not only Paul, Wynton and Neville, but the entire Jazz at Lincoln Center Orchestra and Simon’s touring band.”

Conner and his team came up with the solution of using the Studer Vista 5 in conjunction with the Soundcraft Vi6 as a sidecar.

“I’d had about four years’ experience with the Vista 5, having used it on tours with David Byrne and then with Paul,” he explains. “

Wynton is normally mixed on a Vi6, so using the two together just made sense, along with the fact that they’re both Harman products and are easy to interface with each other.” 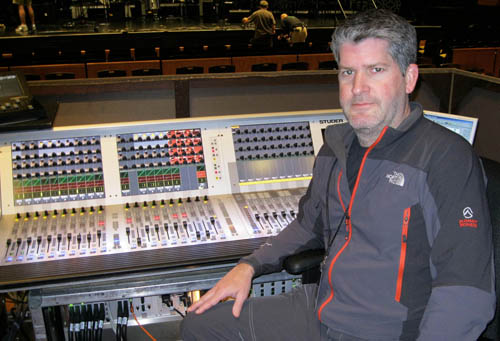 “One of the best things about the Vista 5 is when you’re looking to access a particular function,” Conner continues. “I came from an analog background. This is not a confusing digital desk. The channel strip is in front of you at all times.

“You can reach the gain pot; you can reach the EQ; anything you need is always right in front of you. Touch a button and there it is – everything is easy to get to, making it easy to operate and smooth to mix on.”

An ensemble of musical legends (Mike Mills and Peter Buck of R.E.M., Pat Sansone of Wilco, and many others) joined by a 14-piece orchestra took the stage at the Paramount Theatre in Austin a few months ago to re-create Big Star’s third album release, Third/Sister Lovers.

Front of house engineer Nick Pellicciotto was tasked with ensuring that the audience heard a performance as authentic to the original as possible, as well as recording the show for later release.

To satisfy both demands, he chose an Avid VENUE SC48 remote system for the house and a VENUE SC48 console for monitors. 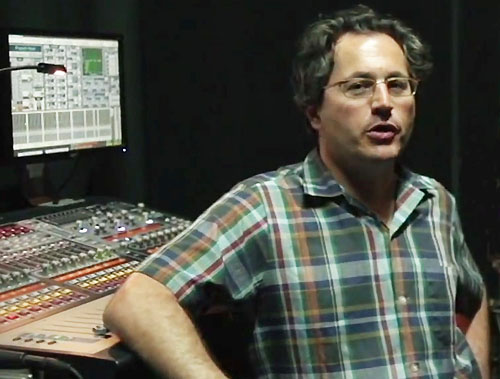 “I had the input list days before the show,” Pellicciotto explains, “so using the VENUE Standalone software, I was able to create a show file with all of the channel names for the Pro Tools session and the front-of-house console. The techs at the Paramount emailed me and explained how the PA is patched, so I was able to get all that set up, and I was able to pre-program some of my effects, since I have the same plug-ins on my Pro Tools system at home.

“I listened to the original album to hear the different effects, especially the reverb times that were used on the album, and matched it pretty closely.”

In fact, he says, all of that pre-production time and the plug-ins made it a better live mix.

“With all of the plug-ins available to me, I was able to re-create the vintage effects much easier than if I had to use outboard processors,” he says. “For instance, there is a lot of bus compression on the drum tracks on that album. I was able to bus the drum tracks to a sub-group and strap Smack! (an Avid compressor plug-in) across the drum sub-mix.

“I also bused all the individual drum channels to the left and right, then slowly brought up the drum sub-group with that crushing compression, and it gave me that cool, breathing, compressed drum sound that’s all over the record.

“Plus, you can set up lots of different effects sends, so you can have five different reverbs and delays, and you can preset those and have snapshots and recalls for each song. So, you can really tailor each song to the sound that you are trying to re-create from the record.”