There’s been an exceptional number of notable large-format digital console applications of late.

It demonstrates the impressive capabilities of the technology as well as the skill and talent of the engineers deploying them.

Here’s a look at some of the more notable uses.

To support the summer tour for a nine-piece band chosen by Queen guitarist Brian May and drummer Roger Taylor to celebrate the legendary band’s legacy and music, front of house engineer James McCullagh elected to use a DiGiCo SD10 to accomplish his work.

The band’s input count came to 48 inputs, which included 16 channels of drum, two channels of bass, four channels of guitar (“part of getting Brian May’s guitar sound is mic’ing the front and back of the Vox AC30 and we’ve got two guitarists on each end”), six channels of piano and keyboard, and nine channels of vocals as everyone in the band sings.

McCullagh made use of extensive grouping to organize all the vocals as well as snapshots on most of the songs for vocal routing and vocal balancing. 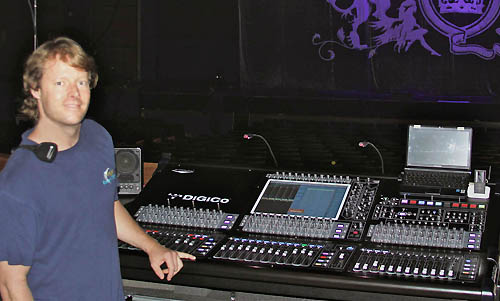 “The Queen songs have very intricate harmonies and each vocalist sings at a different level. It was too much to have nine compressors going across nine channels over a loud rock band with drums and everything. It was easier for me to put one compressor over a group. That way, if someone sings slightly harder, or if I push a level a little bit too hard, that vocal won’t just jump out and sound awkward. It’s all squashed back into the mix and that helps to get that really tight, layered Queen harmony sound.”

This three-level, 400-seat live performance venue in Armagh, Northern Ireland offers an intimate setting and excellent sightlines, and it recently became one of the first venues in the world to implement Allen & Heath’s new GLD digital mixer, replacing the former analog desk.

Specifically, the package includes a GLD-80 mixer plus an AR84 I/O rack in the control room and an AR2412 rack down on the stage floor. The GLD is part of a wider overhaul of the venue’s analog audio infrastructure, which includes Cat-5 around the building to allow connection of an expander I/O rack to the GLD-80. 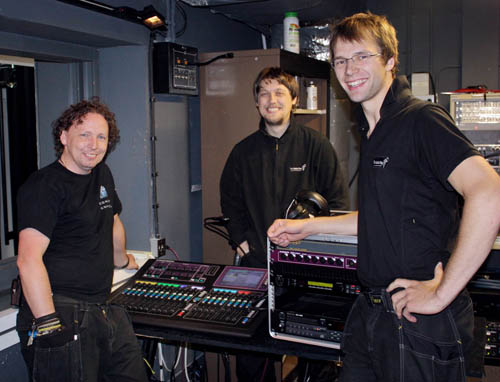 “We have a team of four technicians, and we all put forward names of desks we thought may be suitable, as well as consulting industry colleagues. We demoed a few desks before making our choice but the GLD came out on top for price, ease of use and input capacity. Moreover, it sounded the best in our comparison listening tests,” states theatre technician Gary Bawden.

The venue hosts many different types of events, including theatre, music, dance, comedy and conferences, which the new GLD system is managing. “We’ve been really impressed with how easy it is to configure and move things around on the desk. Being able to color-code things is a neat feature. Also, the way this desk accesses auxiliaries is really good, almost a reverse logic of most other desks. The RTA is amazing and makes it so easy to squeak your monitors,” explains Bawden, shown above with the GLD-80 joined by technical team members Shane Stewart (left) and David Morrow (right).