I also patched in the outputs from a video deck as well as a computer for walk in/out music.

Interfacing the video deck and computer was easy because I carry a bunch of adapters and DIs to every gig, but I wished that the console also offered a stereo pair of RCA and a SPIDIF input to make it easier to interface “prosumer” gear.

This is understandable because these types of connections aren’t required by everybody.

While I brought a small rack with an EQ for the mains, I just patched a digital EQ inside the console to the mix and used that.

The second gig had a corporate party band playing in a ballroom. I set up the RIO3224-D onstage and ran a single Cat-6 run of about 120 feet to the console. Not being completely familiar with the CL5, I accidentally patched the mix outputs to 2 and 3 – not outputs 1 and 2 – but the great thing about the RIO is that it features signal lights above the output XLRs.

Troubleshooting was as easy as following the flashing lights. I quickly swapped my output cables and was ready for the gig.

Because there wasn’t a lot of time for sound check I didn’t get to really set up a lot of effects, but during the gig, it was easy to go to the menu, choose a new effects unit, assign it and adjust parameters all on the fly. 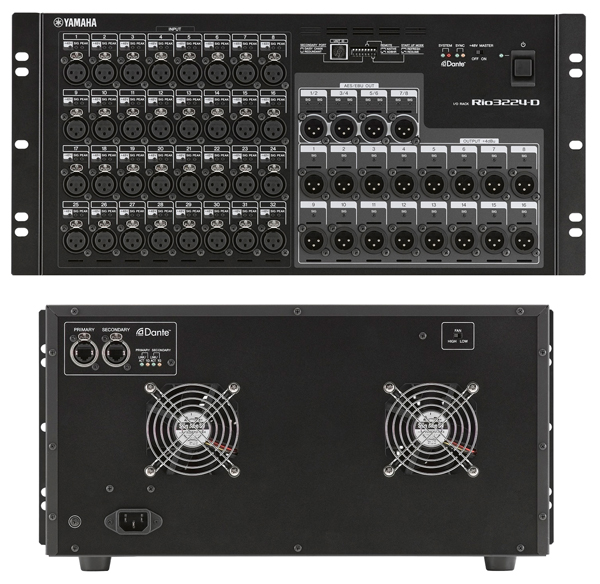 Front and back views of the Rio3223-D stage box. (click to enlarge)

When word got out that I had a CL5 in the shop, lots of folks stopped by to check it out. Everyone seemed impressed and had nothing but good things to say about it. It sounds fantastic and the new premium rack was a big hit.

Overall the CL5 is an exceptional console. The compact size makes it easy to transport, and it doesn’t take up a lot of space at front of house while still offering up tons of features. It sounds great and is easy to get around on. My only dislike, in fact, is that I have to send it back.

Find out more about the Yamaha CL Series here.

Craig Leerman is senior contributing editor for Live Sound International and ProSoundWeb, and is the owner of Tech Works, a production company based in Las Vegas.