Most Importantly, Qualified: A Conversion From “Newbie” To Useful Human Being

It’s vital to share information and experiences to those coming up in the business, but the method of delivery can determine how well they absorb those lessons.

Back when I knew everything, I dragged an obscenely heavy rig up an intolerably tall mountain in a woefully underpowered truck to an impossibly small theater in the backwoods of northern Pennsylvania.

Since this was when I knew everything, I had the somewhat surly local crew stack my compact TMS 3 boxes two wide, four high, with the 15s coupled for maximum bass energy. Because stacking those boxes four high without a fork was sort of like pushing a dump truck up a hill with the brakes on, some of my help that day were engaging in a spirited debate regarding my experience level and the wisdom of my stacking choice.

Later, after the tinkling banjos from Deliverance had faded away, I began tuning the PA, carefully twisting up the low-frequency band-pass on the crossover while listening to selected cuts from Back in Black.

I was shortly satisfied that when my client arrived and listened to my subtle, intuitive tuning, he would turn to me with a grateful smile and request the EQ across left and right be removed since there was obviously no need for it. I practiced my thank-yous in a bathroom mirror backstage to achieve a proper balance of humility and steadfast resourcefulness.

The artist that day was Frankie Valli.

About an hour later Jim Sanders (a.k.a. “Redford”) strolled in, walked out to front of house, looked at the PA, looked at me, looked at the PA again then stuck out his hand and said, “I’m Redford…please don’t tell me you have the 15s coupled.”

This is not in the script. “Um, yeah… Since we don’t have additional subs, that’s what we do,” I uttered with humility and steadfast resourcefulness.

Redford: “Kid, don’t your parents have any Frankie Valli records? This is a coverage show, not an AC/DC gig.”

Me, summoning all of the forces of good, told him not to fear, I’d just re-stack the PA. He peered at me with kind eyes that spoke the words, “thank you, you are truly a professional.” Then his mouth added something like “buddy, that crew is gonna play tether ball with your intestines if you tell ‘em to pull that PA down.”

Since I knew everything, I was sure that my wizened 22-year-old brain would have a solution soon… if I just gave it a minute or so. Unaware of the delicate cerebral dance transpiring in my head, Redford continued, “Ah, screw it, I’ll deal. Otherwise you appear to be about the right size for one of those (expletive) guys to gaff tape a plumbing fixture to your head and stick you in a trashcan at load out… Come on, let’s get a drink. You like scotch?”

These encounters have always reminded me of a late-night talk show with people like Redford as the unexpected surprise guests. You know, you’re expecting the guy from the San Diego Zoo to come out with a cockatoo that’s destined to crap on someone’s shoulder when suddenly, Bono appears to do an acoustic version of the first four songs from Joshua Tree .

They’re like snow days in July. Situations that are dripping with the hallmarks of misery by audio, but miraculously are rescued by something very simple—in this case, a personality. Inside of a short three-minute conversation, Redford had managed to convince me to join his team.

Instead of me versus him, with me grudgingly doling out small concessions to his wishes, I began suggesting more work for myself: “Redford, you want I should tie into the house delays? You want the front fills in stereo? You want me to put a bag over Frankie’s head so he stops making that noise?” 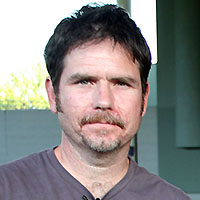 Learning & Growing: Taking On The Challenge Of Reinforcing An Outdoor Opera Production

Working with a young team in addressing some of the unforeseen challenges involved with taking a traditionally acoustic genre into a natural amphitheater configuration.

Addressing common confusion about compression - in the context of live sound - as processing that’s used to reduce the dynamic range of the ...read more →