McAllister relied on his Tascam gear to record the organization’s 2016 fundraising concert.

“Although Farm Aid has one main stage, we set up two independent recording systems in my truck because they had an A/B scenario with rolling carts. While one band was line-checking, another band was ready to go on,” McAllister relates. “My main console, which has 96 inputs, recorded the A stage. A pair of Tascam X-48s recorded 96 tracks from the A stage, with a backup set of X-48s because you always need a backup when you do anything live.”

In the lounge area of his truck, McAllister set up a second mixer with MADI that recorded 64 channels to his Tascam DA-6400. “The main console has AES/EBU input and output, so it works well with the X-48s,” McAllister explains. “The alternate 64-channel console uses MADI, and it works great with the DA-6400.”

The 1U rack-mount DA-6400 records up to 64 tracks at 48 kHz, or 32 tracks at 96 kHz, to an internal SSD caddy and offers timecode and word clock I/O and professional I/O options such as MADI, Dante, and AES/EBU. It comes with an AK-CC25 hot-swappable caddy with a high-performance 240 GB TASCAM solid-state drive.

Although McAllister was disappointed when the X-48 was discontinued-“it’s rock solid and easy to work with, especially when you need to do some quick editing,” he observes-he is delighted with its replacement, the DA-6400.

“The DA-6400 is brilliant,” he comments, “and I will move entirely over to it as soon as I am able to change the infrastructure of the truck from AES/EBU to MADI. TASCAM keeps expanding the DA-6400’s capabilities; for instance, now you can use it with an iPad. And it’s very intuitive; spend five minutes with the menus, and you can figure out what you need to do. The solid-state drives are a very reliable format, and transfers are lightning quick.”

Above all, McAllister values Tascam recorders for their reliability. “Every recorder in my truck is Tascam and has been for years,” he confides. “I need something I know is always going to work. From the 2-track recorder that I use for CDs and USB drives to CD burners to the old DATs to the new DA-6400, Tascam recorders are highly robust and they don’t fail me. My remote truck, in its current configuration, is going on eight years old, and with Tascam recorders, I have never been unable to hand a client a set of drives at the end of the day. That’s why I will continue to record with Tascam and will increasingly rely on the DA-6400.” 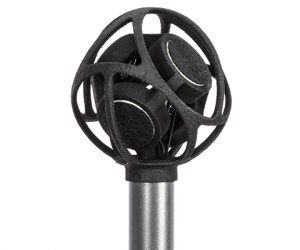