In The Studio: An Interview With Grunge Pioneer Jack Endino

The guy in the engine room for Nirvana's first album, Bleach, speaks out on his techniques, history, and the production philosophy that made him stand out.

Jack Endino is probably best known for his early work with Nirvana. The record producer, recording engineer, mixer, and musician from Seattle has worked on over 500 records for bands from 14 countries on 4 continents since 1986.

Endino made a name for himself, by helping unknown artists do the same. Working as “the guy in the engine room” during the early voyages of the battleship “Grunge” in the late 80s, many of the early releases that put Seattle label Sub Pop on the map have his name on them.

Mudhoney, Nirvana, TAD, Soundgarden, L7, Mark Lanegan, Hot Hot Heat, and a ridiculous list of others carry the effect of his influence. He is also known as the former guitar player for Skin Yard; which made 5 albums between 1985 and 1992, some on a subsidiary (Cruz Records) of the legendary SST label.

Among all other core ideals, within the Jack Endino “production philosophy,” is the concept that the artist is the artist and the engineer is there to capture their creation or performance. To many fans and aspiring engineers, turning back to the early days of recording for exactly that purpose, the entire grunge/alternative rock style was triggered by the first exposure to those Nirvana albums.

Jack was kind enough to entertain an interview and allowed me to pick his brain about those techniques and the gear utilized.

Was the somewhat raw sound of Bleach recorded and mixed that way intentionally, or mostly by limitations? 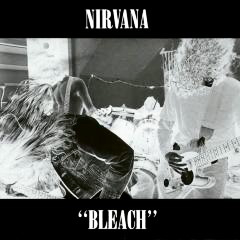 It was recorded intentionally to the extent that it didn’t seem “raw” to me at the time, it was just an accurate record of what they sounded like. No one said “make it sound raw,” they just came to me and I recorded them the way I recorded anyone else back then.

The only technical limitation was that we were using an 8-track machine. They weren’t interested in overdubbing or layering all the guitars or vocals, or adding a lot of reverb or effects, so we didn’t do any of that, nor did we have tracks for it. Or time. Nor did we think it needed it.

They were not yet 100% convinced that Sub Pop was going to be the right label for them; so they were paying for it themselves. That meant they were rehearsed and tight, and conscious of the time spent.

So, if you had the ability to do some time travelling, what would you do differently and how?

I would change NOTHING except possibly convincing Chad to get a better snare drum.

How did you first get into the engineering side?

Well… I was “engineering” almost from the moment I first picked up an instrument. The first time I played the drums, the bass or the guitar, I was recording it to cassette. Recording and playing always went together for me, right from day one. Having the “record light” on all the time seemed natural… you don’t want to miss anything good do you?

My first 4-track machine, ah, that was the shit right there, a Tascam 3340S, a total revelation. It sounded great by any standard, and I started getting some really good basement recordings with it… it was a short leap from basement recording to working in an entry-level studio, which was Chris Hanzsek’s Reciprocal Recording, where I started in summer 1986.

How did you end up working with Nirvana?

They heard some of the other stuff I was recording at the time, probably the first few Sub Pop 7 inches: Soundgarden, Green River, etc. Kurt just called me up and booked a day in the studio.

Where were the first recordings done and what gear were you using?

It’s important to note that Nirvana had recorded almost a year before meeting me. Like the “live” at KAOS, a college station in Olympia, WA, John Goodmanson did that demo, and some of it is on the “Lights Out” box set. That drummer may have been Aaron Burkhard. We recorded at Reciprocal Recording in January 1988, with Dale Crover from the Melvins guesting on drums; Chad hadn’t joined yet.

What’s the story with banishing the 57s and 58s?

I haven’t found a single thing I used to use a 57 for that there isn’t a much better mic for… for guitars, the beta58 is far superior; if you actually A/B them you would hear it instantly and never go back. Fatter mid, less nasal. Even used it for snare many times. And the 57 with its loose, rattly cage makes almost no sense as a mic design.

The standard 58 is OK with some singers and works OK on guitar, and you can pound nails with it, a bonus. But for vocals I usually reach for the beta58, or an md421, or RE20, or else some generic “non-character” kinda condenser.

How similar is your current studio/workflow as compared to the first Nirvana projects?

Now I have a lot more channels of course, better rooms, more options for distant and ambient miking, more mic choices, a room full of guitar amps anyone can borrow, and much better headphone options, but I can still usually be rolling the first takes no more than 3 hours after loading the gear in.

Rock bands still have no money to waste in the studio, and the “labels” willing to pay for weeks of recording have pretty much dried up. I say to them “I can work fast if you can… it’s up to you.”

Vocals are always the wild card, and I always have to remind people of that BIG variable… they can take minutes, hours, or days; depending on the singer and the musical style. I’m stupidly fast with ProTools so a lot of the recording process takes WAY less time than it used to in the “tape” days. I do not miss tape at all, not one bit. In my opinion the whole ‘analog vs digital’ argument is a total red herring.

Who are you working with now and what are your plans for the future?

Most recent tracking… new stuff with Zeke, a great band called Devils Hunt Me Down, Krist Novoselic’s new band Giants In The Trees, my own bands MKB Ultra and Beyond Captain Orca (seek on Bandcamp if curious).

I’m actually doing a lot of just mixing and mastering these days too; I never know what kind of tracks I’m gonna get, or how organized they will be, which keeps things, uh, interesting. I just mastered a band from Chile, another one from Italy, and one from the UK. Yajaira from Chile will be sending me some stuff to mix pretty soon. I remixed Soundgarden’s album “Ultramega OK,” that needed doing and I’m glad I got a chance to get that one right.

Do you see anything else on the horizon that might affect the industry the way Nirvana did? New artists, techniques, markets, or anything like that?

I haven’t seen anything truly disruptive come along lately, just this or that being hyped and amounting to nothing, which is what seems to have happened with “mass market surround sound,” or “mass-market hi-res audio” (Pono?), or “real-time collaborative recording over the internet” or any of those other great ideas that have stayed niche at best. Now that music is virtually free and easily available everywhere, there’s not much else you can do with it business-wise is there? We’ll see. People still need someone to record and mix it.

You can read more about Jack’s production philosophy on his website here and check out his studio, Soundhouse in Seattle, here.

Erik worked in a wide range of roles in pro audio for more than 20 years in a dynamic career that encompasses system design and engineering in the live, install and recording markets. He also spent a number of years as a church production staff member and Media Director, and as an author for several leading industry publications before joining the PSW team. His latest project is the WYWU: Working Your Way Up podcast. Reach him directly through the contact form at RabunshireMedia.com.
All Posts
PrevPreviousBobby Earl Hamilton Chooses Countryman Isomax Headset Microphone
NextDirty AC Power? Where To Lay The Blame For System Noise ProblemsNext
Study Hall Top Stories
Explore All Study Hall