How To Tame The DAW Live Recording Monster

Using a DAW for live recording isn't terribly difficult as long as you give yourself sufficient time to set it up.

Longer setup
Not only do you have to do your normal sound check, but now you must make time for the setup of the DAW and a recording sound check as well.

If there is a power failure or a software error, it can take at least several minutes to get back up and recording, which might be unacceptable for your situation.

Requires knowledge of the software
Sure, most DAW software packages seem easy on the surface, but when you really get into it in the heat of battle, you need at least a little knowledge of the app to make sure everything is routed correctly in the first place, and to allow you to be able to deal with the many small things that inevitably pop up.

Note, however, that these downsides can be overcome. Here’s how:

Schedule a longer sound check
Realize that extra time is needed just to deal with the recording. The time will be divided into setting up the DAW and then for signal routing and level check.

Record some of the sound check
Having recorded audio to play back can help you tweak the setup later, after the sound check ends. Also, you never know when you might capture something great. Sometimes just having a piece of a song to cut in later when mixing can be a big help. 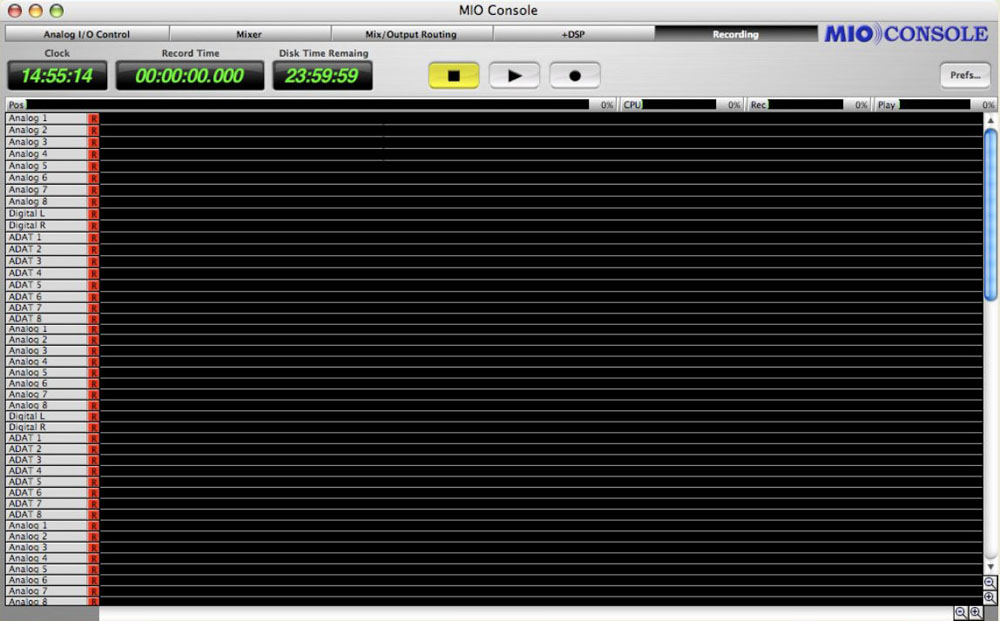 Set levels low
There isn’t much time to check levels during the show, so set levels on the low side so you won’t have to worry about any overloading later.

Don’t do any processing during the recording
Every processor plug-in (like a compressor) will impart a slight latency, which makes it difficult to monitor while recording because of the time delay between the headphones and the live band.

If you don’t have a splitter, use the direct outs
The direct outs are an effective way of getting the signal into a DAW without renting an expensive mic splitter.

Just remember that any processing done on the console will also be done to the signal as well. If the mixer doesn’t have direct outs, use the out side of an insert (Figure 1). The subgroups or a console matrix (if you have one) are also good ways to route the signal into the recorder.

Use a UPS
If using a desktop computer, an Uninterruptible Power Supply (UPS) will ease any strife you might have about the AC power going down. It won’t cover a computer failure, but if power is lost, at least what’s already been recorded can be saved. You won’t have this problem with a laptop as long as you’re running on AC power (which is highly recommended) because the computer will automatically switch to it’s internal battery.

Use the simplest way to record possible
For example, Metric Halo interfaces offer a feature called the Record Panel that is extremely simple to use and eliminates the need to even open up a DAW software application (Figure 2) until it’s time to edit and mix.

Using a DAW really isn’t that difficult these days as long as you have sufficient time to set it up and follow the suggestions presented here. For further routing ideas, check out an earlier article in this series, Multitrack Made Easy: Recording With An 8-Channel Interface.

Bobby Owsinski is a veteran audio professional and the author of several books about live and recorded sound.

Bobby Owsinski is an author, producer, music industry veteran and technical consultant who has written numerous books covering all aspects of audio recording. To read more from Bobby, and to acquire copies of his outstanding books such as The Recording Engineer’s Handbook, be sure to check out his website at www.bobbyowsinski.com.
All Posts
PrevPreviousLive Sessions: Multitrack Recording Made Easy
NextFull Sail University Outfits Studio B With 64-Channel API Vision ConsoleNext
Study Hall Top Stories
Explore All Study Hall