A marvel of power density that revolutionized pro audio in 1967...

Not so long ago – the mid 1960s to be more specific – the most reliable large (for that era) power amplifiers were vacuum tube designs, with a unit providing 50 watts per channel being considered “hefty” and one offering 100 watts per channel downright “industrial.”

Solid-state amplifiers were long on promise of being solid, but short on substance. Bad enough that solid-state was unreliable, but it didn’t even put on a good show when it catastrophically failed! A tube could at least put on a good “Roman Candle” display as it’s grids and plates arced explosively. (In high school, I worked on tube amps with multi-loop, high-feedback designs that, on occasion, put on dynamic fireworks shows.)

Two generations of “large” Crown amplifiers preceded the DC300, and were made only in prototype quantities. The first generation (1964) was known as the SA-60-60 and produced an unreliable 60 watts per channel at 8 ohms.

As an undergraduate at Michigan State University at the time, I had developed this design during summer break, a time when the nature of transistor failure mechanisms (and solutions) weren’t known.

My return to Crown the next summer saw further work on an amplifier that was reliable, but when taken to a hi-fi show in New York (1966) was criticized as being too “small” in relation to other 75 watts-per-channel models appearing at the time. (This unit was called the D150, not to be confused with the later model of the same name.) 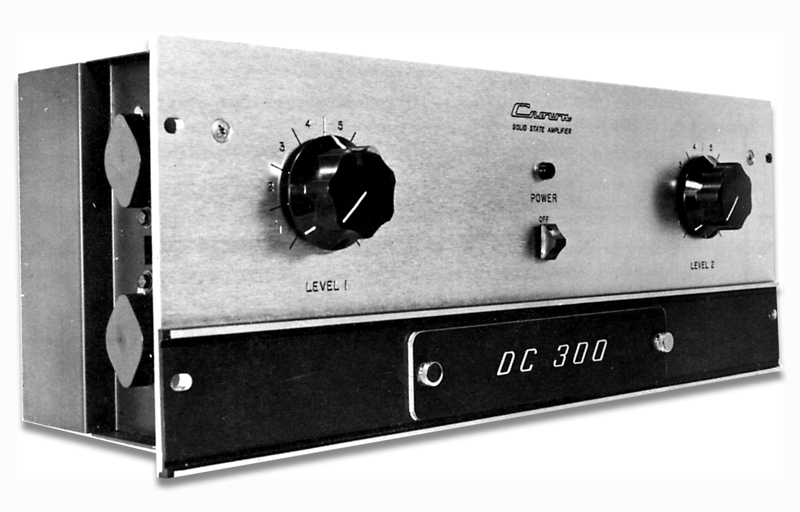 Front panel view of the DC300. (Click to enlarge)

In the spring of 1966, with a Master’s degree in hand, I went to work on the size problem. The electronic protection methods to be used (VI limiters) were now adequate, and with a newly forming knowledge base on semiconductor failure mechanisms, it was possible to deploy paralleled single-diffused power transistors in a circuit (Class-AB+B) that had ample speed and previously unattained reliability.

Large amounts of feedback allowed the DC300 to set new standards for fidelity at the same time it was making solid-state more than hype. Subsequently, U.S. patent number 3,493,879 was issued for the design.

The naming of the DC300 derived from it being Direct Coupled for Direct Current (DC) operation and having 300 total watts of stereo 8-ohm power. Also at the time, the DC3 was a popular airplane, and it just made sense that this amplifier should be called the DC300 if one were flying higher. 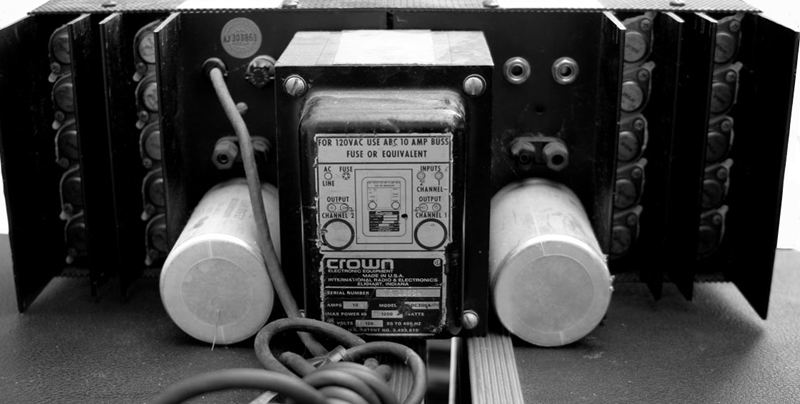 Overall, the DC300 could produce 500 watts, was just 7 inches tall and weighed 45 pounds. This is very interesting when compared to a 500-watt tube amp of the time, which would weigh at least 200 pounds and perhaps be 35 inches tall – the gains were conspicuous. (Today, a Crown I-Tech I-T8000 produces 8,000 watts, is 3.5 inches high and weighs 28 pounds. That’s really flying higher!)

By 1968, the product was shipping in quantity and finding new markets for DC coupled power. Some of the early adopters were makers of jet engines (fatigue testing) and makers of sonar transducers for the military. With all other models either smaller or unreliable, we had the market pretty much to ourselves for a time. 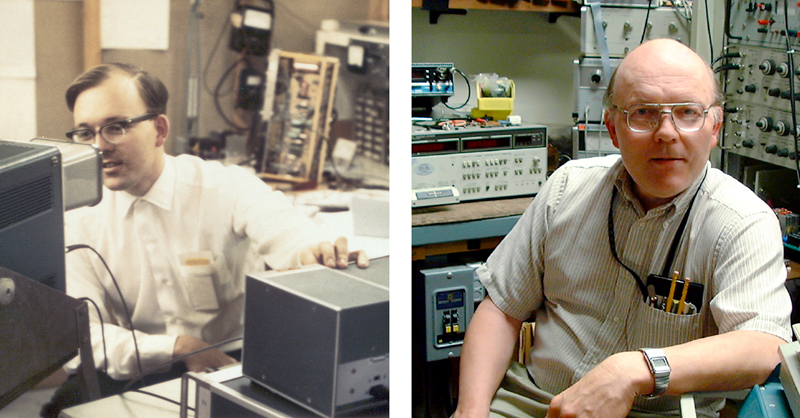 This is an exciting time to be an amplifier designer, as we’re making a paradigm change today that is every bit as profound as the change from vacuum tubes to solid-state. The DC300’s generation of solid-state was a dissipative design approach, where the output signal was controlled by modulating the dissipation in the semiconductors.

In the new generation, the control approach is to use switching statistics. High-speed switches now enable much higher efficiencies and more compact designs than were ever possible for the DC300, which was a marvel of power-density in its day.

Gerald Stanley has been affiliated with Crown Audio for more than 45 years. Read more about him here.