With some of his collection of classic RCA ribbon mics were due for ribbon refurbishing, Breitberg decided that the time was right to try Shure’s distinctly modern ribbon technology.

“Ribbon microphones are like old friends: You love them for their warmth and personality,” he says. “They have always been a key tool for me in music recording, and I’ve always had a collection of vintage ribbons to offer my clients. This project, which was actually a crowd-funded CD, gave me a great chance to explore the personalities of the Shure KSM ribbon mics.”

The sessions took place over two days of live recording at I.V. Lab Studios on Chicago’s north side, with Breitberg deploying Shure KSM313s on all the horns and using the KSM353 as part of his mid-side stereo room miking arrangement and on amplifiers.

“I’ve done a lot of big band work live in the studio, and came up with a sort of horseshoe layout for the horns to take advantage of room acoustics and the figure-eight pattern of the ribbon mics,” he explains. “I spot-mike each instrument individually, and I use Mid-Side stereo miking to capture the room. It gives me both room sound and isolation.”

Specifically, to capture horns, Breitberg used a set of KSM313s, which have a unique ribbon design in that the two sides of the microphone produce distinctly different frequency responses—neutral from the front, slightly brighter from the rear.

“The 313 sounds fantastic on horns,” he says. “They are as warm as my vintage RCA ribbons, but with more high end. That means less EQ and less processing in mix – and that is always a good thing in recording.”

In working with a large group of identical KSM313s, Breitberg was also struck by a couple other things. “They are just wonderfully consistent from mic to mic,” he reports. “Compared to other ribbons, they have plenty of output, and their null points in the figure-eight pattern are tremendously deep, which really helps with isolation in my room scheme. The results were really compelling.”

Breitberg’s big band technique, which he calls “working in perpendiculars,” places the band in a U-shaped seating arrangement with the drums at the base. For this band, one leg of the “U” had four trumpets directly across and parallel to the drums, with the bones and saxophone sections perpendicular and directly across from one another. The rhythm section of bass, piano, and guitars was arrayed on either side of the drum kit.

Rather than the traditional distant ambient room miking technique, Breitberg places two mid-side stereo set-ups inside the “U.” Mid-side stereo combines two mics, one bidirectional and one cardioid, to create a controllable, phase-cohesive stereo image. For this task, he used the Shure KSM353 with its flat, uncolored response in the side position, paired with a KSM32 cardioid condenser to capture the on-axis sound.

“I cut my teeth on orchestra and big band, and I’ve developed this technique over the years,” explains Breitberg. “It’s killer because it locks in your phase. The mid-side mics act more like EQ and compression as opposed to ambience—in a positive way. The matching Shure ribbons really accentuated that.”

Recording the 18-piece group live was a real test of the microphones and of Breitberg’s technique. “The first time I played back the tracks, it sounded like it was already mixed. It produced nearly perfect phase coherency for a really natural blend, and the deep null in the figure-eight pattern gave me enough isolation to do punch-in fixes if needed. When you think about it, to do that, recording an entire big band live, is pretty amazing.”

As a result, Fred Breitberg decided to add the KSM313 to his mic locker. In fact, he purchased 13 of them—the largest documented sale of ribbon microphones in Shure history. “These are great-sounding mics, and add so much more flexibility than a ribbon that’s identical on both sides,” he says. “They have the warmth and personality of a vintage ribbon, but with higher output and SPL handling that vintage RCAs never had. Though they’re perfect for horns and guitar amps, I’ll also be using them on strings, nylon guitars, piano, drums, and whatever else they test well on. I decided I had to have them.” 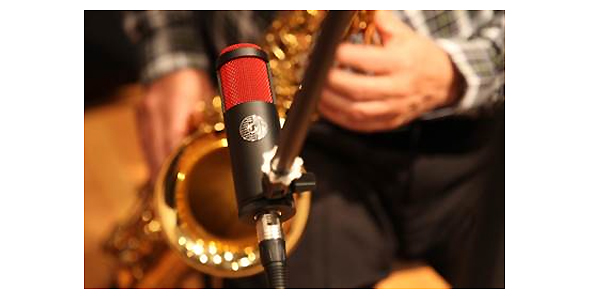 Rockhal's new IS-Series house system temporarily deployed in a unique configuration to support the goals of the event.