In the first half of this article (here), we explored the history of the modern electric PA system and it’s application in the reinforcement of live music and events over the first 90 years – from the invention of the microphone in 1875 to the first stadium concert in 1965.

That first stadium concert, featuring the Beatles at Shea Stadium in Queens, showed that while there was the demand for bands to play large shows, the sound reinforcement systems of the time were simply not up to the task. Most bands carried their own small self-operated systems, which were little more than glorified vocal amplifiers.

Clair & Watkins
Thankfully there were pioneering individuals on both sides of the Atlantic willing to up the ante and usher in the era of the large PA. Notable pioneers included Charlie Watkins of WEM (Watkins Electric Music) in London and Clair Brothers in Lititz, PA.

Gene and Roy Clair received their first system as a Christmas present from their grocer father in 1954, and for the next few years they hired it out to local dances and events. In 1963 they purchased a loudspeaker re-coning business that gave them access to the latest developments and led to them providing the sound system for regular headline acts at the 4,000-capacity Franklin & Marshall College in Lancaster, PA. 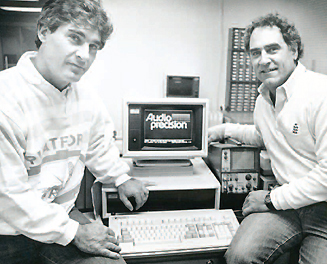 In 1966 the brothers impressed Frankie Valli enough for him to hire them to go out on tour, thus forming one of the first touring PA hire companies. What made Clair stand out from the competition was a knack for piecing together the right bits of equipment to provide the loudest and clearest output. It led to the company working with Iron Butterfly, Jefferson Airplane and Cream – for whom they did a prestigious gig at the Spectrum in Philadelphia for an audience of 18,000 in 1968.

Meanwhile over in the U.K., Watkins unveiled his “Slave” PA system at a festival in Windsor in 1967, so called because one amp is the slave that feeds into another to increase the output of the second. Using 10 amplifiers that generated 1,000 watts of power to 20 loudspeakers, the system was able to produce a volume level that saw it’s creator in court for a breach of the peace – thankfully the case was dismissed. 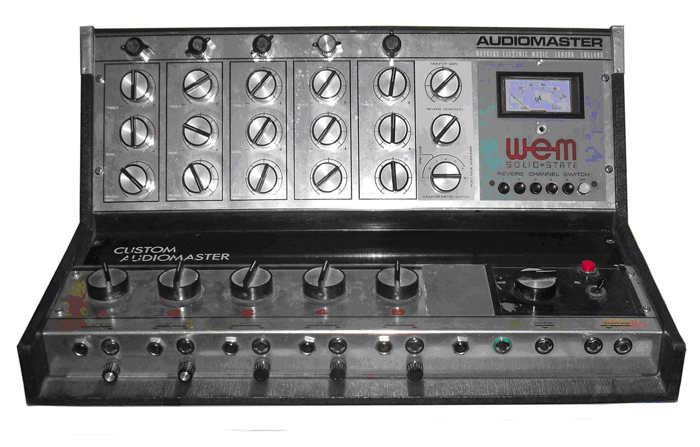 In 1968 WEM introduced the Audiomaster mixer and it instantly became a classic, even though it only offered 5 channels (each channel had controls for volume, bass, mid, treble and a spring reverb).

More importantly, the development of the mixer encouraged the move away from passive mixing (i.e., “set and forget” type operation) and paved the way for a generation of roadies to be elevated to the position of live sound engineer.

Andy Coules is a sound engineer and audio educator who has toured the world with a diverse array of acts in a wide range of genres.
All Posts
PrevPreviousSynAudCon Welcomes Innovox Audio As Latest Sponsor
NextOn The Waterfront: Harman Professional Outfits The Brando Hotel On Tetiaroa IslandNext
Study Hall Top Stories
Explore All Study Hall