They aren't all the same in fit, functionality, frequency response or even wireless pack compatibility...

Pick the wrong headworn microphone and pastors will want their old lapel mics back. Transition successfully, from lapel mic to headworn mic, by picking the right microphone for the job. They aren’t all the same in fit, functionality, frequency response or even wireless pack compatibility.

The Story
The audio tech grew tired of begging the pastor to “Please put the lapel mic in the right spot.” Every weekend sermon had the tech pushing the mic gain to the limit so the congregation could hear the pastor while not hearing feedback. After the 87th complaint of “I couldn’t hear the sermon,” he decided it was time for a change.

Walking through the local music shop, the tech grabbed the first headworn microphone he saw. This would be his happiest moment. Or so he thought…

The Real Story
No, that tech was not me. I’ve been at churches where I’ve seen lapel mics placed in non-ideal locations. The volume would plummet and spike as the pastor turned his head from side to side. I could only guess what the tech was thinking. Let’s look at that story for what’s wrong:

—The pastor should learn how to put a lapel mic in the right spot.

—The tech should not take it on himself to force the pastor to use a new mic style.

—Headworn microphones are not all the same.

—Techs don’t have that kind of extra money to throw around. This ain’t no fairy tale!

Making The Transition
Before jumping into the details of headworn mics, let’s first talk transitioning. From my experience, pastors either don’t mind using the headworns or they’re openly resistant. The reason for resistance is because they think they look cheesy or because “it’s what an entertainer would wear.”

The mics come in a variety of types, many of which seem invisible from a distance. When it comes to the “entertainer” mentality, there is only so much you can do.

In either case, approach the pastor with photos of the mics and photos of other pastors using them. Also, explain how these microphones enable all of their words (the message) to be heard without the problems that your lapel (lavaliere) mic currently presents – if, indeed, you are having problems. 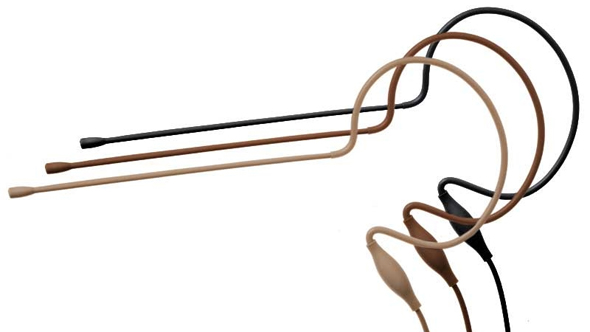 They can have a wrap-around design so they hook around both ears. Or, they can hook to a single ear, referred to as an earworn microphone. The Electro-Voice RE97TX, shown above, is an example of the single-ear design, and as you can see, it’s also available in three colors.

Other manufacturers offer a dual-ear design that typically fasten more securely, and some also offer the option of placing the microphone on either the left or right side. The Countryman H6 (left) and AKG HC577L, shown below, are two such models. 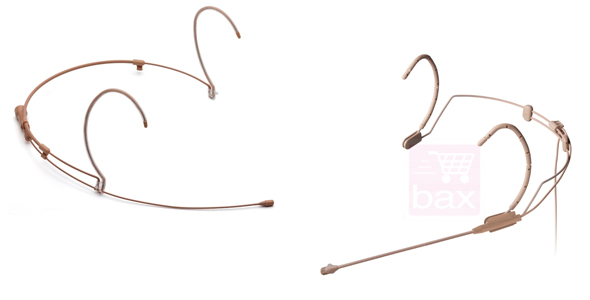 Each model has a unique feel when worn. Work with the pastor on identifying one they find comfortable.

Chris Huff is a long-time practitioner of church sound and writes at Behind The Mixer, covering topics ranging from audio fundamentals to dealing with musicians – and everything in between.
All Posts
PrevPreviousNEXO STM Reaches New Heights At Austria’s Top Of the Mountain Concert
NextMojave Audio Announces Formation Of New Online Media LibraryNext
Top Stories
Explore All Study Hall