Big Audio In The Big Easy: An Inside Look At The 2017 New Orleans Jazz & Heritage Festival

The year’s New Orleans Jazz and Heritage Festival, held on consecutive weekends (April 28-30 and May 4-7) at the Fair Grounds Race Course in New Orleans, attracted more than 425,000 in presenting more than 500 bands.

As usual, internationally renowned acts served as headliners, but 80 percent of the acts hailed from Louisiana.

High-level audio for the event – the second largest festival in the U.S. – was delivered by eight companies on 12 stages. John “Klondike” Koehler of Klondike Resources (Greenfield, MA), who’s worked with the festival for 40 years, served as audio consultant, filling the vital role of in-house advisor for contractor selection and coordinator of system deployment and operations. 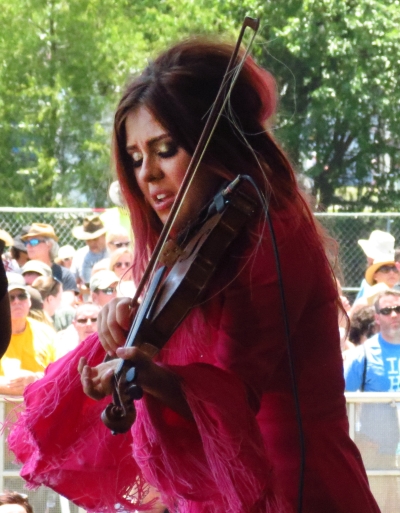 I’ve been involved, one way or another, with the audio world of the NOLA Jazz and Heritage Festival since 2000, and this year captured images of some of the great people and artists that you see here. I also had time for a quick Q&A session with Klondike.

(L-R) Jim Ragus (left) and Thomas Huntington at FOH with a Midas XL4 at the Acura Stage / John “Buggs” Parkinson (right) and Dave Beauford with an Avid Venue at Congo Square / Charles “Chopper” Brady with an Avid Venue for at the Fais Do Do Stage.

PG: How do you prepare for the fest?

Klondike: Most of the month prior I work with the steel crew on tower locations, header beam placements and weight limits and mix position variables. I help the production office determine forklift, rigger and labor calls for load-in, so the guys can get right to work on arrival.

PG: When do you load in audio?

Klondike: All audio is deployed in two days prior to gates.

Klondike: JazzFest has the best production team in the world, of which I’m a small part. Most of the department heads have been here as long as I have, so we just bang it out. I have two assistants, Juan LaBostrie and Deshaun Washington, natives of New Orleans who’ve worked JazzFest with me for 30 and 20 years, respectively. 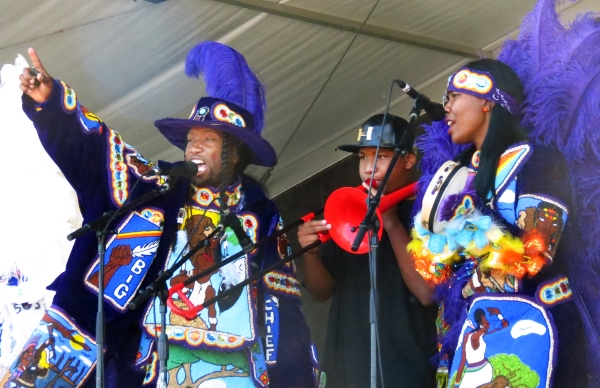 It’s hard to imagine a successful JazzFest without them. Chasing and tailoring sound waves in heavy crowds for eight hours a day takes teamwork and stamina.

PG: After prepping the grounds, what’s your role?

Klondike: Once the gates open, our job becomes soundfield containment. Juan, Deshaun and I distribute calibrated SPL meters and limit placards to all the music stages, then monitor them for adherence.

JazzFest produces 75 bands a day on 12 music stages running concurrently on a 17-acre site, so inevitably there are a few program challenges between neighbors. We have an onsite meteorologist whose updates allow us to predict wave propagation efficiencies, wind vectors, etc. We’re fortunate to have very cooperative audio engineers who can adjust on the fly to keep their mixes localized.

PG: Thanks for spending time with us, and congrats on 40 years!

Klondike: Thank you. It is humbling to realize the length of my tenure at JazzFest, and remember the many folks who have supported (and endured!) my efforts. It’s an awesome gig and “boot camp” for the festival season that follows.

Based in the northwest U.S., Phil Garfinkel has worked in pro audio for 30-plus years. Klondike describes Phil this way: “Like watching a snow globe you don’t have to shake.”

Phil Garfinkel lives in the U.S. Pacific Northwest. Among the many highlights of his audio experiences, hearing Claudia Engelhart mix Bill Frisell at “Jazz at Lincoln Center” is high on his personal Top 10 list.
All Posts
PrevPreviousCrossgates Baptist Church Renovates With Bose Professional
NextWhat Have You Done For Your Ears Lately?Next
Study Hall Top Stories
Explore All Study Hall