An Examination Of Bandwidth, Dynamic Range And Normal Operating Levels

The nature of peak and average levels of music and speech, methods of dealing with signal peaks, and more

Audio signals are, of course, speech and music, and in this article we will examine the nature of those signals in terms of their requirements in bandwidth, dynamic range and normal operating levels.

The nature of peak and average levels of music and speech will be discussed.

In addition, we’ll look at the standard methods of dealing with signal peaks and required shifts in signal operating levels.

The data of Figure 1 shows the approximate limits of bandwidth and dynamic range of music and speech signals as normally perceived in concert halls and in face-to-face communication.

The outer limit indicates the maximum envelope of audible sound for young listeners with normal hearing. 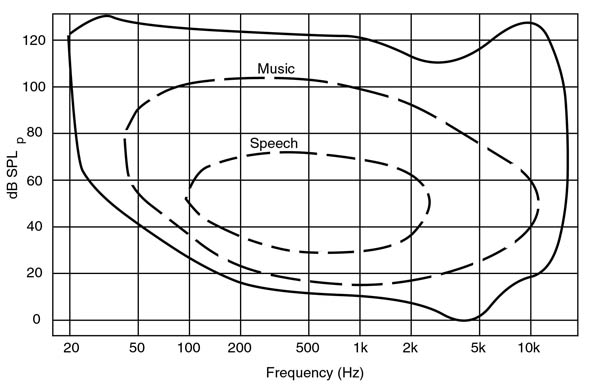 If we were to analyze cumulative speech signals using an octave-band analyzer we would find that a normal adult male speech spectrum would look like that shown in Figure 2. The speech power spectrum has a maximum value in the 250-octave band and falls off both above and below that band. In the range above 1 kHz the falloff is approximately 6 dB per octave. 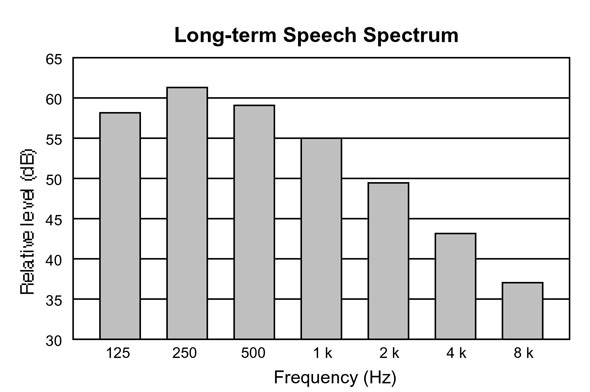 The long-term octave-wide power spectra of classical and rock music are shown in Figure 3. Note that the spectrum of classical music is similar to that of speech at middle and higher frequencies. 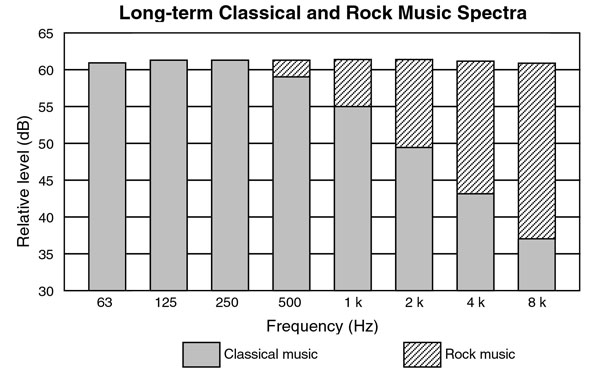 OCTAVE BANDWIDTH, SPEECH INTELLIGIBILITY
Quite separate from the normal power spectrum of speech is the octave-band contribution to speech intelligibility, as shown in Figure 4. Speech does not have to sound natural in order to be intelligible, as we all know from using the telephone, where bandwidth is limited more or less to 300 Hz to 3 kHz.

As we can see in the figure, the two octaves between 1 kHz and 4 kHz are dominant, and this is why, in very noisy listening environments, sound reinforcement systems are often band-limited to this range. Ideally, we would like for reproduced or reinforced speech to sound both natural and intelligible, and this is certainly possible in reasonably quiet environments.

All Posts
PrevPreviousSteinberg To Unveil Nuendo 8 At 2017 Game Developers Conference
NextCadillacs & Biscuits: Pro Audio Has A Language All Its OwnNext
Top Stories
Explore All Study Hall