Upcoming EW-DX models include handheld, bodypack and table-stand transmitters joined by two- and four-channel receivers; first flight of products expected toward the end of 2022.

At InfoComm 2022, Sennheiser unveiled its plans for expanding the Evolution Wireless Digital family of wireless microphone systems that will include handheld, bodypack and table-stand transmitters, two 2-channel receiver versions in a half 19-inch rack space (one with and one without Dante) as well as a 4-channel Dante-enabled receiver in a full 19-inch format.

The first flight of products and software will become available toward the end of 2022 with more items following in the first half of 2023.

“We are excited to give InfoComm visitors a first glimpse of what is in store for them later this year and in 2023,” says Michael Altemark, lead product manager wireless, business communications at Sennheiser. “Expanding our successful Evolution Wireless Digital family, the EW-DX products will inherit family features such as lowest latency on the market, equidistant frequency spacing and ultra-wide input dynamic range – and add new, compelling capabilities.

“These include additional transmitter and receiver options such as Dante versions, automatic multi-channel RF set-up, scalable remote control and monitoring as well as AES-256 encryption for secure transmission of contents,” Altemark adds.

EW-DX systems provide a straightforward Auto Scan function to automatically assign frequencies using an equidistant tuning grid that is designed to allow more channels to be packed into a given frequency window. Transmitters are synchronized via Bluetooth Low Energy.

The Dante receiver versions offer various network modes to more flexibly integrate into existing workflows. The receivers have a switching bandwidth of up to 88 MHz that can translate, due to Sennheiser’s proprietary equidistant spacing – to up to 146 channels in standard mode and up to 293 in link density mode.

​EW-DX offers a choice of two bodypacks, two handhelds and two table stand transmitters. The all offer output power of 10 mW to help insure a stated range of up to 100 meters (328 feett). All units include the same wide audio input dynamic range as the existing EW-D models, with the handheld and bodypack models additionally equipped with a trim control to adapt individual transmitters alternating on the same receiver channel — for example, when multiple guitars are used.

The handheld and bodypack transmitters will also provide e-ink displays. Even when a transmitter is switched off, users will still be able to read essential device data. Both transmitter types will be fitted with in-device charging contacts. Using the dedicated BA rechargeable battery pack, they will have an operating time of about 12 hours.

The bodypack will be available with either a 3-pin or a 3.5 mm (1/4-inch) jack microphone connector, enabling it to be used with all digital-proof Sennheiser clip-on and headset mics, Neumann miniature mics as well as instrument cables. The bodypack is fitted with a programmable mute switch and features cable emulation for guitarists and bassists.

The handheld transmitter will also be available in two versions, one without and one with an optional, programmable mute switch (RF mute, AF mute, no function). It will be fitted with Sennheiser’s standard capsule interface, ready for use with a total of 14 Sennheiser and Neumann microphone heads.

EW-DX will be integrated into the Sennheiser Control Cockpit software, Wireless Systems Manager desktop software and Smart Assist App. There will also be plugins for leading third-party control software.

Go here for updates on EW-DX.

All Posts
InfoComm 2022 Top Stories
More From InfoComm On PSW 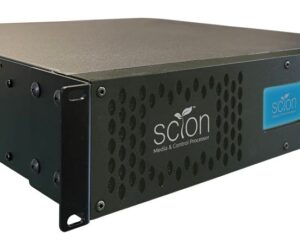 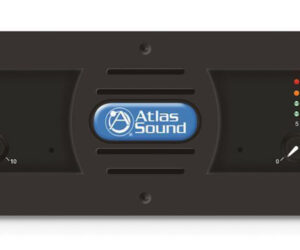 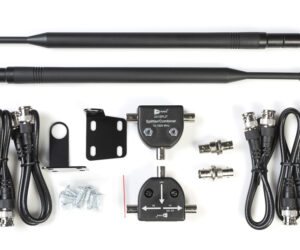 Kit for wireless microphone systems brings receive antennas to the front of the rack or to the outside of equipment closets for enhanced signal ...read more → 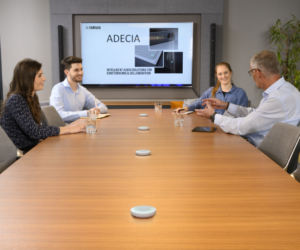 RM-TT wired tabletop array microphone is one of the several stand-alone mic options available in ADECIA series for Teams rooms. 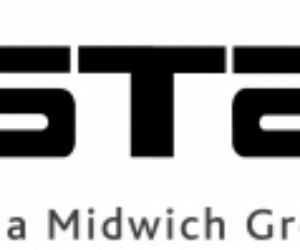 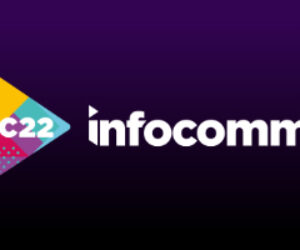 Show last week at the Las Vegas Convention Center attracts over 19,600 verified attendees from more than 110 countries as well as 522 exhibitors. 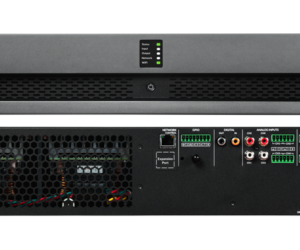 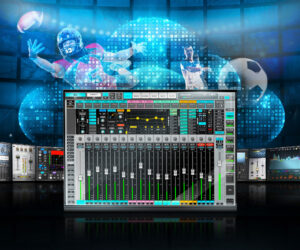 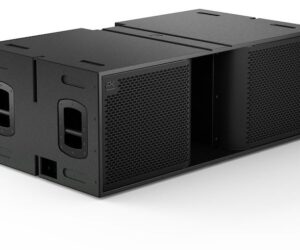 Front-loaded dual-18-inch design equipped with onboard DSP, class-D amplification, and networking to enable auto-identification and configuration within PK .dynamics software. 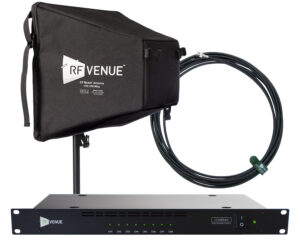 Four- and eight-channel sets bundle a CP Beam helical antenna and a COMBINE4 or COMBINE8 signal combiner with the cabling and distributed power needed ...read more →