Orange County-based Concordia University Irvine needed a flexible PA system that could cover everything from lectures to live music to worship services while also being portable enough to move and share among multiple auditoriums and chapels on campus, with chief engineer Mario Gonzalez turning to QSC KLA12 array loudspeakers, two KS118 subwoofers and six K12.2 plus four K10.2 powered loudspeakers — all integrated with a TouchMix-30 Pro digital mixer — to meet the challenge.

“I’ve used QSC for most of my audio career,” says Gonzalez. “When I worked at San Diego State University, we used the original K10 and K12 loudspeakers on ten to fifteen shows every semester. They always sounded great and never went down. In this case, we needed to go bigger, as one of the rooms where we plan to use the system is a larger sized amphitheater. The first thing that attracted me to the KLA12s was their coverage. Next, because we have to move the system around and we’re stacking them instead of flying them, the KLAs can easily interlock without any extra hardware. The sweet spot turned out to be three boxes plus a subwoofer on each side.”

Scalability was an additional factort Depending on the application, the system could be reduced to two boxes per side or run without subwoofers, and the K.2 Series loudspeakers could even serve as the mains in smaller rooms. Further, given the plethora of users’ hands on the controls, the mixing console had to be just as capable of being flexible enough to be operated by users with varying skill sets performing multiple tasks.

“Three important things convinced us to go with the TouchMix-30 Pro,” says Gonzalez. “First, it is easy to use, which is important because students will be working a lot of events. I had only seen a TouchMix twice before and in ten minutes I was up and running. There’s a ‘Simple’ mode and if someone gets stuck, the user guide comes right up onscreen. Second, the scene memories really meet our needs. We can store setups for different types of presentations, bands, and so forth, but also for the different rooms where we’ll use the KLA system. Since the TouchMix memory includes room tuning, anti-feedback settings, EQ, and dynamics, we can optimize a room once and be 90 percent ready to go the next time we take the system into that room. That’s a huge time-saver.”

TouchMix’s extensive library of channel presets, which optimize input settings not merely several categories of instruments and vocals as well as specific instruments with microphones and pickups, serve another important role. “That’s really key if a student or volunteer is setting up a show,” notes Gonzalez. “They can just touch a preset for, say, a female vocal singing into an SM58, or an acoustic guitar with a certain kind of pickup, and then just worry about levels.

“I’ve worked in so many houses that had QSC for the monitor system and/or the front-of-house,” he concludes. “I’ve worked with all the super high-end expensive systems — you name it. It’s absolutely amazing to me that at this size class of system, QSC performs at that level but costs so much less. We’re a small, private, Christian university and this purchase was funded by donors. With QSC I can be confident we’re using their money wisely.” 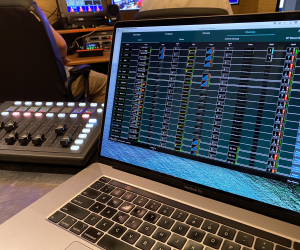 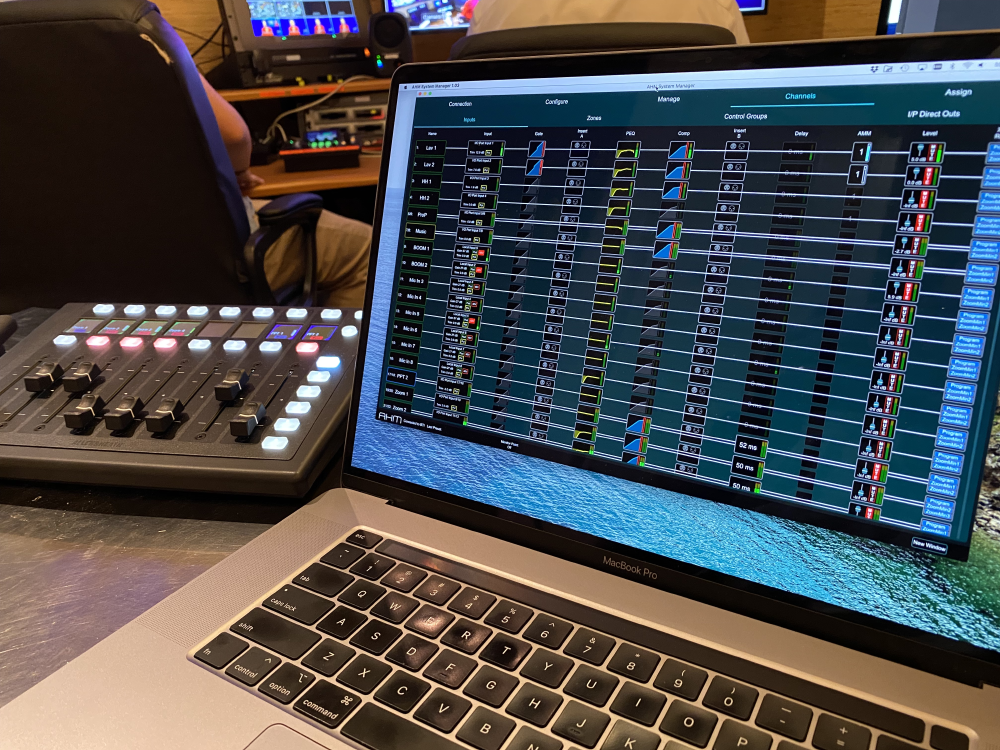