Ian “Squid” Walsh is probably best known in the touring sound world as the monitor tech for Iron Maiden, a role he performed for 17 years, but he’s also worked with Helloween, Motörhead, Anthrax, and Halford, among other heavy hitters.

In April of last year, Squid joined up with the Grammy Award-winning Swedish rock band Ghost to mix monitors for its “A Pale Tour Named Death,” which swept across North America before moving on to Europe and Australia earlier this year. And to quickly disprove the myth that an old “road dog” can’t learn new tricks, Walsh took out a KLANG:fabrik immersive in-ear monitoring system for Ghost’s vocalist and front man, Tobias Forge, a.k.a. Cardinal Copia, Papa Emeritus Zero, and other theatrically ghoulish characters.

“It’s funny how sometimes things can come full circle,” Walsh muses. “Several years ago, I was on a European tour with the band Of Mice and Men, which was opening for Linkin Park, and I was given a demo of the KLANG system on one of the band’s off days.” Walsh then mentioned the technology to his friend, Linkin Park monitor engineer Kevin “Tater” McCarthy, who ultimately ended up taking a KLANG:fabrik unit on tour with his client. The following year, he returned the favor by sharing his experience with Walsh and suggested that the product might be a good fit for Ghost’s tour. 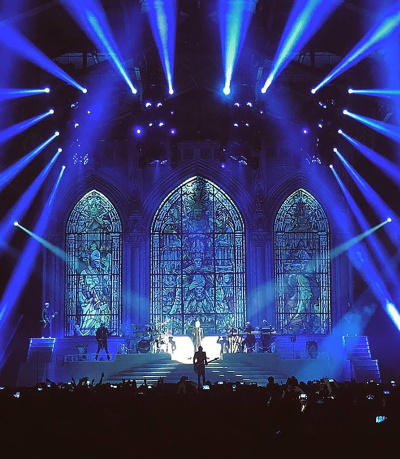 Walsh picked up a demo KLANG:fabrik unit for the band’s rehearsals in Nashville and did an initial setup mix knowing what Forge liked to hear. “After a couple of days of trying to get Tobias to use it, he sat down at the console and I let him loose on the computer with the KLANG software,” Walsh recalls. “Basically, after 10 minutes of moving stuff around himself while the band played, he finally gave it a try. One song was all it took. He says, ‘It’s what I’ve always been looking for; buy it.’ And that was it.”

Forge’s approval gave Walsh his first opportunity to use KLANG in a live situation, and although he’s currently only using it for Ghost’s front man, he hopes to soon make it standard for all of his performers on in-ears. “As there are no speakers on stage, everything Tobias listens to comes through the KLANG and he seems very happy with the setup—especially his vocal, which, in turn, makes my job easier.”

The monitor engineer runs his KLANG:fabrik on the Dante network, with inputs coming from the direct outs on his Soundcraft Vi console. “We typically run 54 inputs for the show, but I’ve got this number down to 30 for the KLANG by submixing keyboards in an Aux and then sending this to the KLANG,” he describes. “This means I only have to move a stereo mix on the KLANG, not 11 keyboard lines, which is way too many little keyboard symbols to look at. I then return the KLANG mix back to a stereo input and send it to the IEMs through a regular Aux mix. This way I can add talkback mics and click stuff that doesn’t need to be immersive to his mix. For what it’s worth, I’m also running Ableton Live to record the shows and for Tobias’ reverb; he appropriately like the one named ‘Valhalla.’” 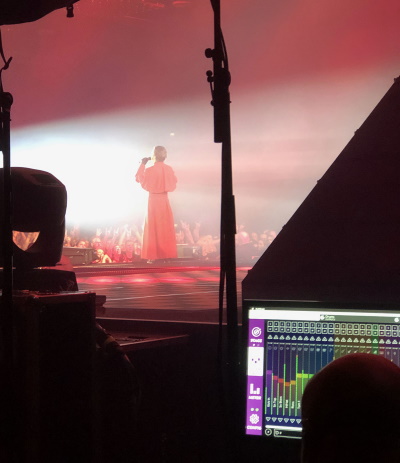 Following Ghost’s European solo run earlier this year, the band is now touring as a special guest on Metallica’s Summer European trek with some US festival appearances peppered in between those dates. Walsh and the band will soon also be gearing up for another six-week North American run, “The Ultimate Tour Named Death” tour, which kicks off in Bakersfield, California on September 13.

“Everyone at KLANG has been really helpful, and we’re really loving the what the system does,” the engineer adds. “I’m so glad that I originally told Tater about KLANG, and even happier that he reminded me about it.”

All Posts
PrevPreviousGwen Stefani Takes On Las Vegas With DPA Microphones
NextBusiness Savvy: Why Are You In the Live Sound Business?Next
Top Stories
Explore All Live Sound 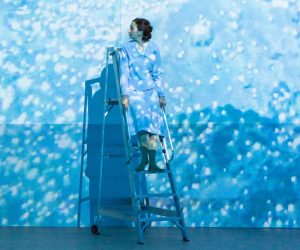 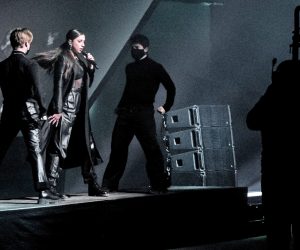