Tim Holder, FOH engineer, has defined the live sound of Enrique Iglesias for over thirteen years.

In addition to his regular stints with Iglesias, which take him around the world, Holder is a Clair Brothers employee of fourteen years and is currently doing “weekend warrior” work with Blake Shelton as a system engineer.

Part of what defines his approach to live sound is an endless effort to improve sound quality.

“In addition to forming the heart of my home studio, I use my ULN-8 in a unique way,” he explained. “The live digital console that we use has a lot of great things going for it but I’m not totally happy the way the stereo bus sums nor the overall quality of the converters.

“To work around these issues I send stems to my ULN-8 via AES and sum them in Metric Halo’s MIO Console. That gives me the ULN-8’s superior summing and bypasses the converters in the console’s FOH rack.”

He uses the ULN-8 as the clock source, which gives him the ability to drive the sound system via analog or AES.

A huge part of what Holder loves about his job is that he gets to fully engage his creative side. He enjoys the new challenges that arise on a daily basis and finding creative solutions to them.

Nevertheless, he acknowledges – even embraces – the fact that his creative work is underpinned by a solid science.

“We often use local PA systems, so tuning the system is a big part of my job,” he said. “I walk into a new challenge every day.”

For over a decade, SpectraFoo has been Holder’s sound analysis software of choice, in part because its interface is so intuitive and useful and in part because it integrates beautifully with his Mac and the ULN-8.

“The flexibility of MIO Console is unparalleled and its dependability is rock solid. I should also mention that I use it for multi-track recording. I can record the same stems that I’m driving the PA with and mix them down later.

“Alternatively – or in conjunction – I can create a custom record mix within MIO Console. I’m limited only by my imagination.”

Holder’s go-to Metric Halo plug-ins include ChannelStrip, HaloVerb, and Character. Although he does some general coarse-level filtering and EQ’ing on Iglesias’ vocals using the board, most of the substantial processing takes place using ChannelStrip on a stem that he sends to the ULN-8.

He uses its comprehensive equalization and compression to dial in a perfect representation of Iglesias’ voice and then sends that signal back to the console with no conversion necessary and no perceptible latency. He also uses HaloVerb on vocals and the snare drum.

“I love how easy HaloVerb is,” he said. “No matter what I do, I find something I like.”

In addition, he uses the “Soft-Sat” emulation in the Character plug-in on the whole mix.

“The way that algorithm translates to a big PA is unbelievable. All I do is push one button and any edginess or harshness goes away, replaced by a huge, warm sound. It’s an amazing plug-in.”

“By using the ULN-8 in combination with the Metric Halo software, my mixes have been transformed from cold and compressed to astonishingly warm, deep, and clear. I first tried this method on a short six-show run in India.

“The venues were all outdoors with minimal acoustic issues, and we used local PA. They were the best sounding shows of my career. The local sound guys appropriately named my ULN-8 the ‘magic box.’

“I have not mixed a show without it since,” he concluded. “The difference is that big.” 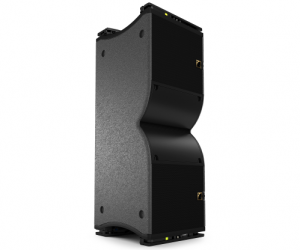 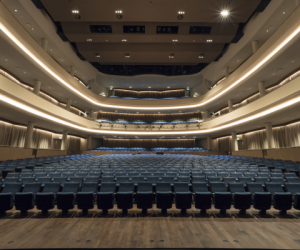