The 2,688-seat venue was originally built more than 90 years ago as a Vaudeville house, and was converted into a concert hall in the mid 1970s. When the project started to move forward, the team realized that in order to put the arrays where they wanted, they’d have to create new rigging points in a space that didn’t have very good access and only offered a couple of structural beams close in positioning. As a result, d&b ArrayCalc simulations were developed in order to determine the optimum positioning, with a structural engineering company overseeing the design and installation of the new rigging points.

“We’ve been providing PA systems to the Orpheum for the last 10 years, as one of the preferred vendors,” states Robert Nevalainen of Gearforce. “As soon as we invested in a d&b rental system, we found ourselves in the Orpheum regularly. When the Orpheum was ready to invest in an upgraded audio system, they contacted us to provide design and consultation, as we had many successful shows in the venue. The Orpheum received demos from a few different manufacturers and decided that the system that was rented most often for events was more appropriate for their application, which is the d&b V-Series.”

Gearforce then augmented the system with enhanced under balcony rings, a flown center sub cluster, a center subwoofer cluster and balcony fills. “We also spoke to the theatre management about using d&b ArrayProcessing because we believed it was the best way to get the most even coverage front to back, side to side, top to bottom,” says Nevalainen, adding that the project also includes d&b T-Series and E-Series loudspeakers for balcony and stage fills.

ArrayProcessing requires a direct amplifier channel per individual loudspeaker and can deliver optimization of an array’s tonal balance and level distribution throughout the defined vertical coverage area, and combined with the horizontal constant directivity dispersion control of the V-Series loudspeakers, coverage is optimized and sound is kept off of reflective surfaces.

“I’ve seen many shows at the Orpheum with touring sound systems that have suffered terrible reviews of the sound, primarily because the sound mixer excessively excited the room,” Nevalainen notes. :After you’ve mixed the Orpheum several times, you understand the necessity for even distributed coverage. This is something that can be challenging in traditional left/right touring systems. We decided to augment the main system with a distributed double ring system under the balcony to enable even coverage to the back of the floor.

“Complementing this is a center sub cluster to help support the low-frequency coverage in the back rows of the balcony. During the design phase, we flew a few different sub configurations, and measured and listened to the results. Everyone involved felt that the flown center cluster provided the most even balcony coverage.”

Gearforce also installed new consoles and a fiber backbone. “I’ve mixed events in the venue for nearly 30 years, and hands-down this is the most even coverage I have ever experienced,” Nevalainen says.

“One of the biggest challenges we faced when looking for a new system was the ability to have a PA that could sound fidelic at both a low and high SPL,” concludes Orpheum technical director. “The symphony is our resident client and we needed a system to sound great at low, quiet volumes, as well as sound undistorted and full during high-SPL rock and EDM shows, and to be able to get a comedian above a raucous crowd. We felt the V-Series system, along with the accompanying fill speakers that Gearforce specified, was the right system to fit all our varying needs. We weren’t wrong.” 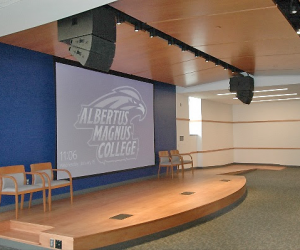 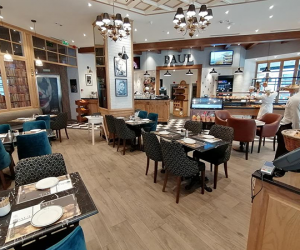 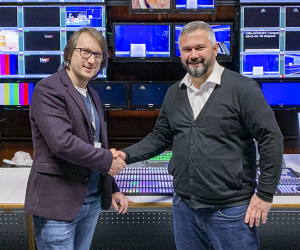