A Tulsa Church On The Move

An Audio Makeover For One Of Tulsa's Most Dynamic Worship Spaces.

In 15-plus years of working out of Nashville, where he toured virtually non-stop as well as mixed the occasional recording, professional audio veteran Andrew Stone rarely – if ever – envisioned plying his talents full time at a church.

Yet that’s just what happened about five years ago when he accepted the position of production manager and audio director at Church On The Move (COTM) in Tulsa.

Now he’s fresh off the complete renovation of the worship sanctuary, utilizing his professional audio experience to help lead a sound reinforcement design rivaling that seen on large concert tours.

COTM, one of the busiest churches in the region, boasts weekly attendance of up to 11,000 spread among several services.

The sanctuary redesign, under the direction of Tulsa-based Selser Schaefer Architects, added 300 seats to increase total capacity to 2,600 in addition to addressing layout and acoustical issues.

Presented with the opportunity to upgrade the production systems as the other significant cog in the process, Stone assembled a highly qualified team. 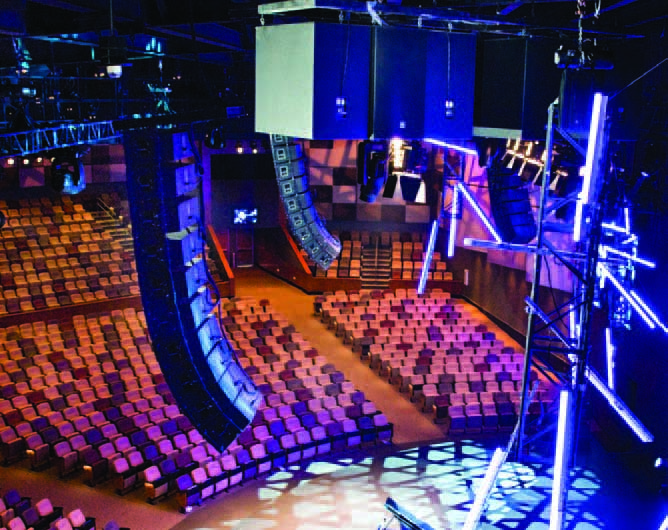 Some of the flying JBL VerTec arrays, along with one of the groups of flown subwoofers providing cardioid output.

Strategic Connections of Charlotte, NC, was tapped for systems integration, and Jim Brawley, principal of James Brawley & Associates of Clemson, SC, came onboard to consult on modeling and loudspeaker placement.

“It was a collaborative process,” Stone notes. “We weren’t interested in someone just handing us a system without our input – the church has had similar experiences with that in the past.

We had a very solid idea of what form the sound reinforcement system should take, but wanted experts like Strategic Connections and Jim Brawley to help make it all that it could be.”

Despite the addition of a significant number of new seats, the sanctuary retained its original fan shape – very wide and about half as deep, which positions all seats in close proximity to the large front platform that spans a significant portion of the front wall. The platform also juts out into the house in its center region.

“Although 300 seats may not seem like a lot, it allowed us to go from four services a weekend to three, which makes it easier on our tech staff as well as the hundreds of volunteers that help make it all happen,” Stone says.

Under Control
Since originally opening, the sanctuary had always presented acoustical challenges, with significant spans of reflective surfaces. JE Acoustics of Austin, TX provided input for eliminating as many of these challenges as possible. 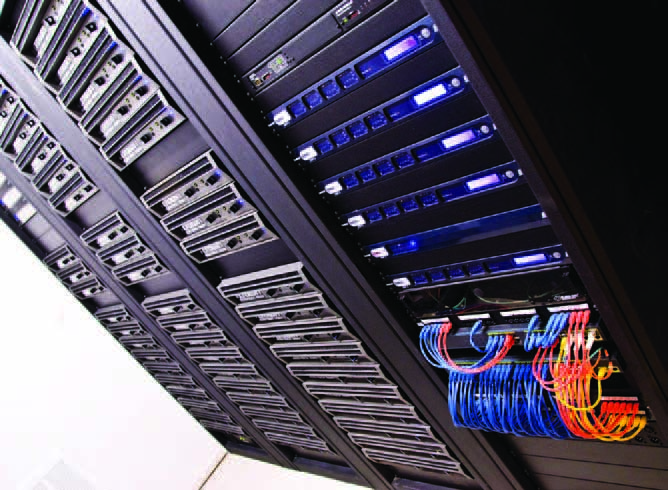 Both side and splay walls have been dampened to a great degree by the application of acoustic panels. These are carefully angled to add further diffraction.

More panels on the back wall, at a height beyond where any loudspeaker energy should be directed, lock down any potential for “slap back” energy to be re-introduced.

This was especially a priority with a sound design that called for loudspeakers to be mounted close to the ceiling.

“After treatment, the room is within .01 percent of how it should be from an acoustical standpoint. In other words, it’s pretty great,” Stone says.

The previous sound reinforcement system had begun to offer subpar performance that, according Stone, had “little parts of it dying every week.”

The project team envisioned a high-end approach that could support any need and performance style presented by a modern worship style, and further, they wanted it to be very controllable given the acoustical concerns – treatment or not.

Part Two Of DcSoundOp Video Series: What’s In Your Kit?

Veteran professional Kevin Thurber rejoins DCSoundOp for part two of a three-part video series, showing his audio tools and how he prepares his kit ...read more →

In Episode 16, Russ is joined by Sound Engineer Tee-Cee Bailey, a 26-year industry veteran who has been the primary monitor engineer for Trisha ...read more →