Roland Systems Group has introduced the M-200i, a compact mixer offering the flexibility and mobility of iPad control fused with the capabilities of a professional digital mixing console. (Check out video coverage of the new M-200i below.)

The iPad app is fully functional on all key aspects of the M-200i mixing and control parameters. It contains the typical preamp control, pan, high pass filters, and extensive PEQ and GEQ control, as well as the ability to store and recall scenes, adjust compressors and gates, sends on faders, effect editing and many other controls. This enables complete remote control of a mix from any location in the room.

Wirelessly connect using a router plugged into the LAN port on the M-200i or use the Roland Wireless Connect adapter (WNA1100-RL) plugged into a USB port. Additionally, an iPad can be connected by using a multi-pin iPad cable included with the M-200i that not only provides wired connectivity but also charges the iPad.

In addition to the physical inputs, the M-200i can mix in audio sources from the USB port (flash key). If an iPad isn’t available, the console is fully controllable via the built in LCD screen along with buttons to navigate all the mixing parameters in the M-200i.

An intuitive and precise feature is touch and turn that allows the user to touch a particular parameter on the iPad and control it with a physical knob on the console.

The REAC port can expand the number of physical inputs by connecting one of the popular Digital Snakes heads such as the S-1608 a 16-input, 8-output box connected via a single, inexpensive Cat5e/6 cable. In addition, the REAC port can provides live multi-channel recording using Cakewalks SONAR Producer.

It expected to be available in January 2013. 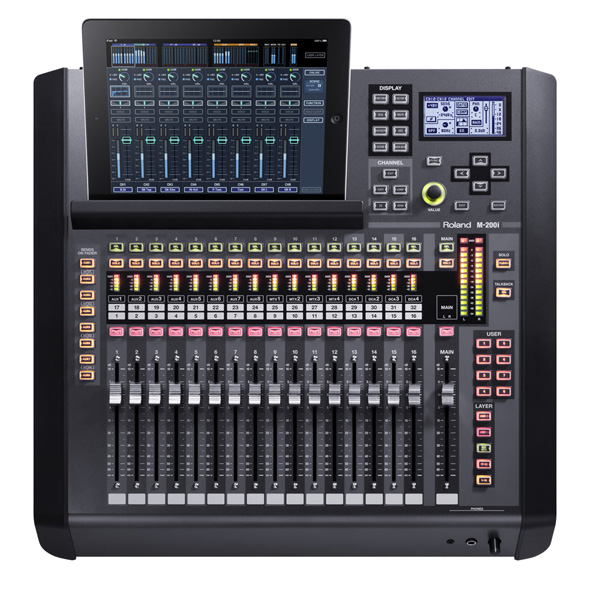 What are comms? Why should we have them? Learn the key aspects of comms and how to start implementing them with your team.