Midway Production Services of Christiansburg, VA recently purchased a 32-box Martin Audio Wavefront Precision Mini system for a variety of projects, starting with the 2018 tour of Wanderlust 108 events. The “mindful triathlons” consist of a 5K run, a large-scale, outdoor yoga class and a guided meditation, taking place in 24 cities across North America alone.

As described by Eric Steinberg, operations manager and system design engineer for Midway, “The centerpiece of the event is a stage from which a yoga class and meditation is led, along with occasional dance parties. We generally use a Stageline SL-100 stage, and most of the content is spoken word from the MC’s and yoga/meditation leaders, with music from a DJ.

“Attendance varies from city to city and can range from 2,000 to 5,000+ at the larger events. The audience area becomes quite large since each person will take up a space the size of their yoga mat, and beyond that is a sponsor and market area where attendees will mill about, still needing to hear announcements and background music.

“The biggest challenge is achieving even coverage over such a large area,” Steinberg explains. “The yoga space sometimes stretches nearly 300 feet from the stage, and we just don’t have the luxury to clutter the field with distributed delay tower systems. The Martin Audio Wavefront Precision Mini system fits our needs for these events very well thanks to its scalable resolution and advanced optimization.

“The Display software is quite effective at providing optimized coverage in terms of SPL and tonality, despite our somewhat unrealistic throw distance demands,” he adds. “The software also accounts for air absorption––I just tell it our temperature and humidity and it gets taken care of without any fuss. The end result is leaps and bounds better than I was able to achieve previously with a traditional line array, without the painstaking effort of manually shading a limited number of array zones.”

The system for Wanderlust includes (16) flown WPM enclosures per side, which fit into every inch of trim height Steinberg and his crew can squeeze out of the SL-100 stage rigging. Each hang weighs in at a modest 500 pounds. The enclosures are driven by two Martin Audio iKON iK81 power amps operating at two-box resolution (two boxes per amp channel).

Discussing how WPM has performed on the Wanderlust tour so far, Steinberg adds, “We’ve been very impressed. It’s already been run through its paces in a few cities- New Orleans, San Diego, San Francisco, and Santa Monica (on the pier).

“In San Diego, the throw distance was about 300 feet from the stage to the very back of the event space. The air was hot and dry, which of course absorbs high frequency significantly over distance. We plugged the temperature and humidity into the optimization software and were delighted to find that high-frequency coverage held up without discernable loss as far as 200 feet, which was impressive given those atmospheric conditions. That covered the active yoga/meditation space, and announcements were still completely intelligible for the last 100 feet where people milled around with sponsors and vendors.”

Summing up, Steinberg concludes, “The WPM rig is giving us great results, while also saving time and frustration. It’s a great sounding PA, and delivers remarkably consistent tonality and SPL from front to back with the burden of optimization on the software, rather than on the system technician.” 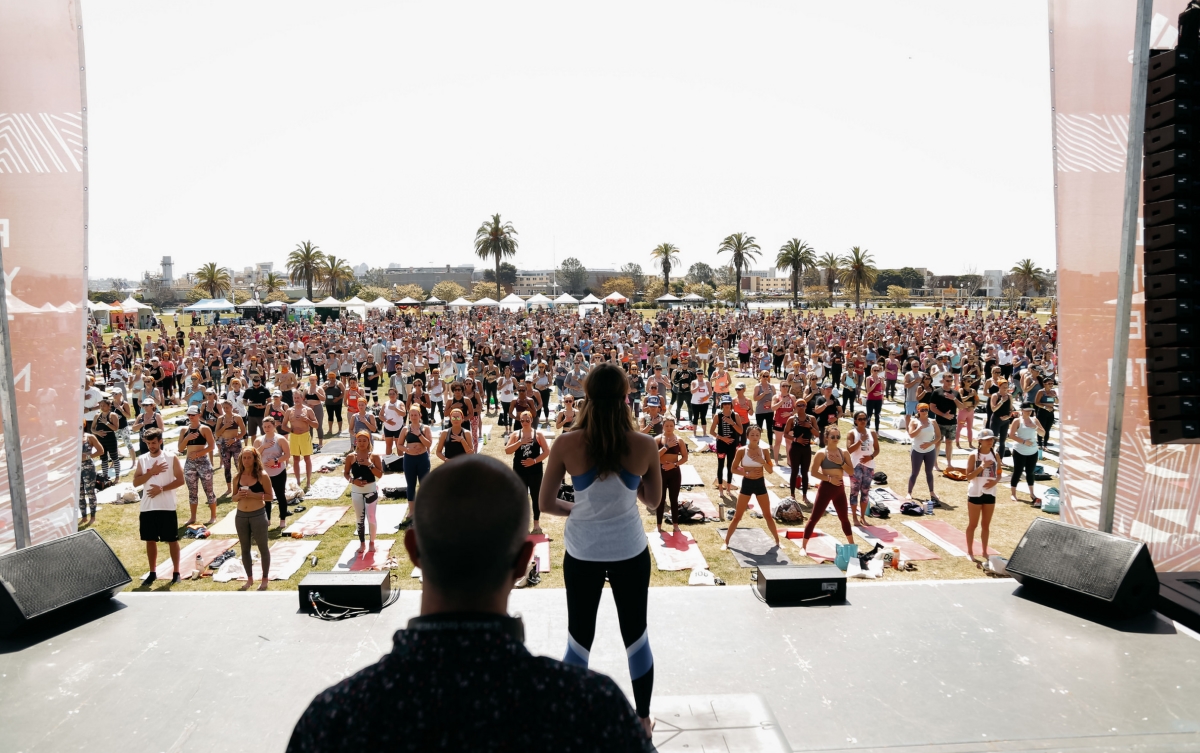