Following up on a recent project at the Shanghai Concert Hall that saw a wide range of K-array loudspeakers deployed in the historic facility, an additional system featuring the company’s Firenze Series of loudspeakers were chosen for a new club above the concert hall that overlooks the Shanghai Grand Theatre, Shanghai Museum, People’s Square and many other iconic spots.

The new club venue, which just opened in October and is adjacent to adjacent high-end Italian restaurant Luce della Vita, has already created a buzz as a top hot spot in Shanghai, in part due to an ambitious sound design combined with great music.

When the team from Sennheiser China approached the project, they decided to challenge the new K-array Firenze Series—models KH8 and KS8—within an indoor installation, the first application of it’s kind for the series.

Club ownership wanted a driving club sound, but on the other hand, the nearby restaurant needed background music to blend into the aesthetics and create a more relaxed atmosphere. It was a complicated task to prevent crossover with two extremely different audio requirements. 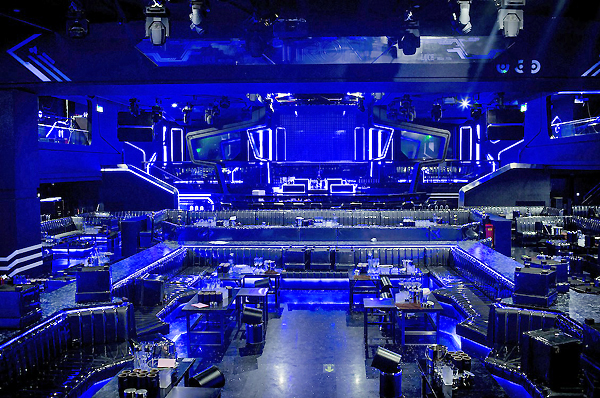 A perspective of the new club in Shanghai.

For the restaurant, a combination of K-array KP52s and KP102s are positioned discreetly within the corners and walls of the room, supported by KMT18Ps placed below within the walls. This system, powered with KA24 and KA84 amplifiers, was refined by Sennheiser China managing director Marc Vincent to avoid conflict with the powerful audio coming from the club.

And in that club, eight KH8s are installed around the room, with eight more KS8s positioned below, in the walls. This configuration and contrast of loudspeakers did not have any impact between either room, which was made possible with the KH8 and KS8 digitally steered focus of sound, combined with an architectural design that cushioned the noise from the club. 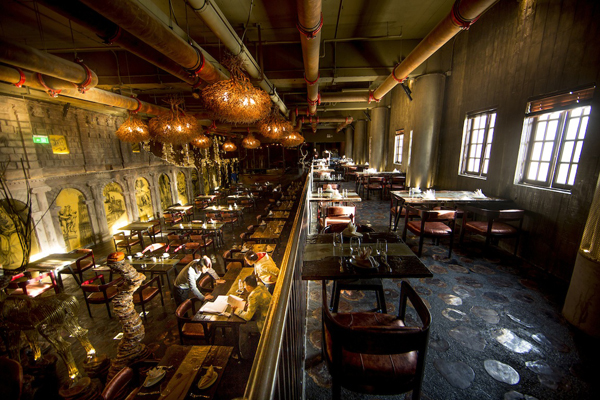 “The client was concerned that there would not be enough low frequencies and requested more subwoofers until the team turned on the KS8 before opening, and the owners were in complete shock—they could not believe the power of the subs,” states project manager Harley Tao. “In fact, just a few weeks after opening the local district asked for the bass to be turned down, and after a plea from the owners, we have recently returned to reduce the low frequencies to keep everyone happy.”

Fred Hu from Sennheiser China concludes, “This has been an incredible experience for the guests and the owners, as the sound has been punching enough to serve some serious power to the Shanghai club scene. It’s been thrilling to approach a brief like this with K-array speakers. They’re easy to set up and give us a greater edge when we want to impress our clients, especially ambitious projects such as these. The owners have been so impressed with the Firenze Series, and have requested more for another venue they’re opening in the future.”