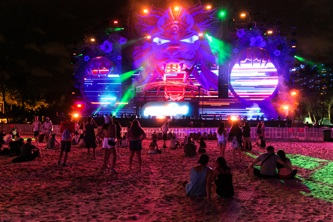 “When we put the JBL VTX system to the test on the Star Stage, we were impressed by its power and clarity—even with the spillover from the Moon Stage,” says Henry Hari Ram, director, Digital Aid. “The VTX system performed optimally to provide an unforgettable experience for the audience of 40,000. Its wide coverage allowed festival-goers to roam freely in front of the stage while enjoying each DJ’s music with balanced output and consistent sound quality. It was an intense weekend, but thanks to the VTX system and on-site support from the Harman team, ZoukOut 2017 was a great success.” 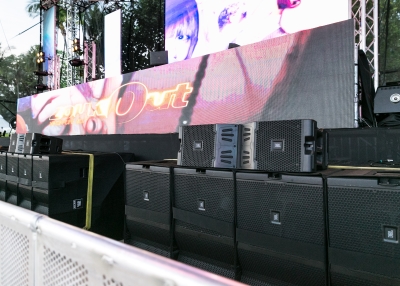 “With ZoukOut 2017 being held on the beach, we had to compensate for high humidity and varying temperatures when designing the system,” continues Henry. “JBL Line Array Calculator and Performance Manager software helped us overcome those challenges, ensuring that the system was optimized to provide full coverage despite the changing conditions. This was also the first year the festival added a second stage, increasing the chance of distractions from competing sound systems. We compensated by pointing the main A12 arrays inward to ensure focused, high-impact sound without disruptions from the Moon stage.”

“We are honored to be associated with the iconic ZoukOut festival,” says Ramesh Jayaraman, VP & GM, Harman Professional Solutions, APAC. “The VTX A12 Series was engineered from the ground up to provide best-in-class performance, reliability and ease of use. We are grateful to partner with Digital Aid in facilitating successful performances on the Star Stage at ZoukOut 2017.”